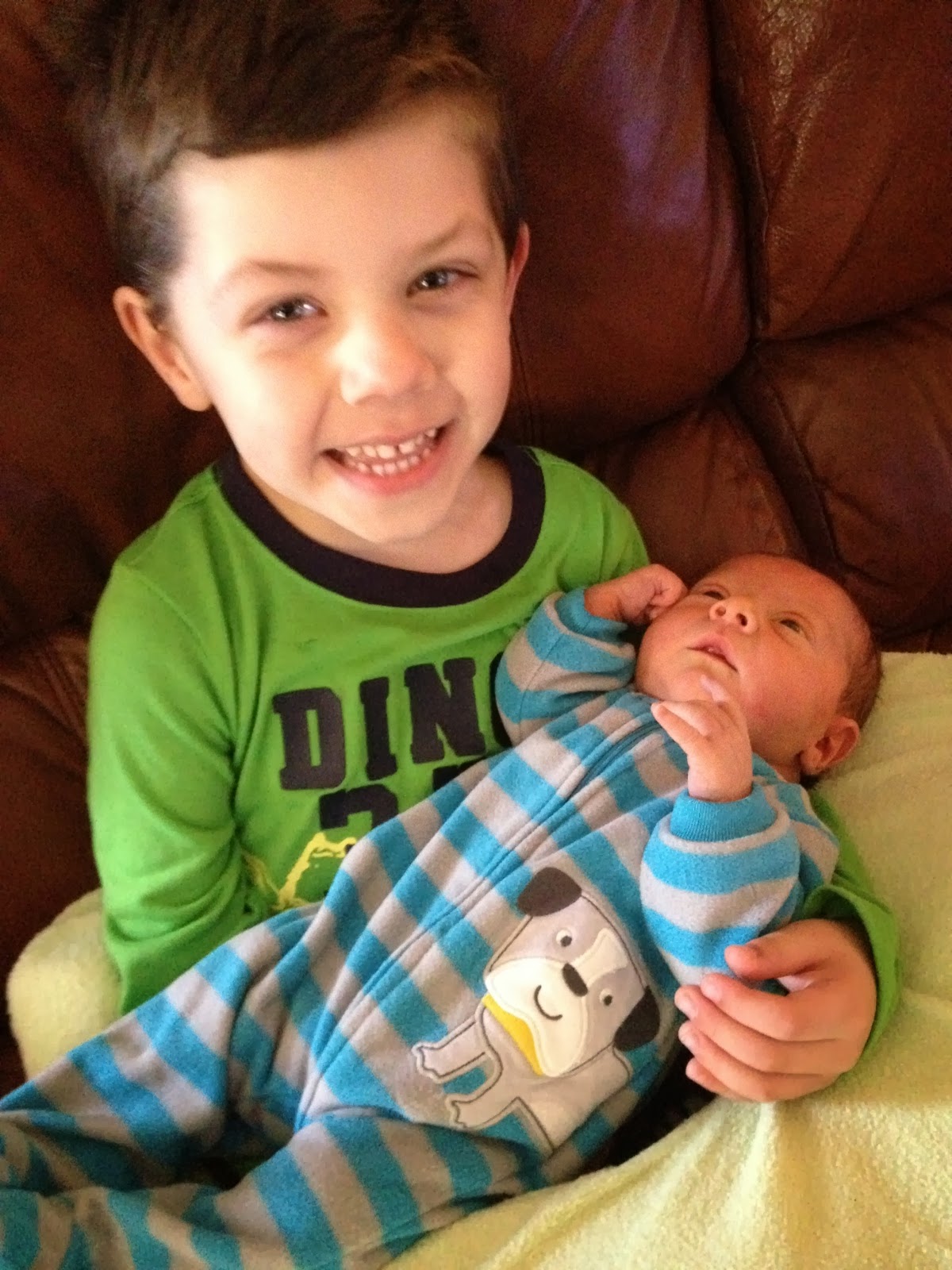 After a brief trip to Motorhomes of Texas in Nacogdoches to have them look at Phannie’s inverter, we plan to leave here on February 8 for Mercedes, Texas with stops in Houston (wonder why?) and Corpus Christi (just because we like it).  We will arrive on February 15 at Llano Grande Resort, where we will spend a couple of weeks.
Posted by Mike Mills at 3:30:00 PM 6 comments:

The Pryce is Right!

At Northlake RV Resort in Houston…

I can't think of any happier event than welcoming a newborn into the family!  Pryce David Girard arrived at 10:04 PM on January 3 at Memorial Hermann Hospital in The Woodlands, weighing 7 lbs., 12 oz., and 20 1/4 inches long. There were no complications, and Mindy is doing fine.  Pryce joins his big brother, Mason, who is four and still trying to figure it all out.  Mindy's and Tyler's labrador retriever, Ruby, had 10 puppies a couple of days earlier, so this complicates Mason's understanding a bit.  Somehow, he has developed the idea that these births are related, and he was expecting perhaps a similar number of siblings to join baby Pryce upon his entrance.  So funny!

We have had the good fortune of meeting in person a number of couples whose writings we follow in the RV blog world.  When Kevin and Evelyn of RV Khronicles of Kevelyn fame mentioned in their blog that they were coming through Houston, we thought it would be a good opportunity to meet for lunch and visit about the RV lifestyle that we have in common.  They readily accepted, and Sandy and I drove over to the Blue Water Seafood Restaurant near their park in northwest Houston.

As has been the case with all the bloggers we've met, we had an instant rapport with these friendly folks, and the conversation never waned over our fine meal.  We voiced our admiration for their determination to chuck the working world when still relatively young to follow their dreams as fulltimers, removing obstacles as necessary to make it happen.  Clearly, they are delighted with their decision and obviously are having the time of their lives.  Their enthusiasm would be encouraging to anyone contemplating this sort of lifestyle change. They are both physically active, enjoying a lot of outdoor activities, including hiking and golfing.  I don't think Sandy and I could keep up with them for very long! 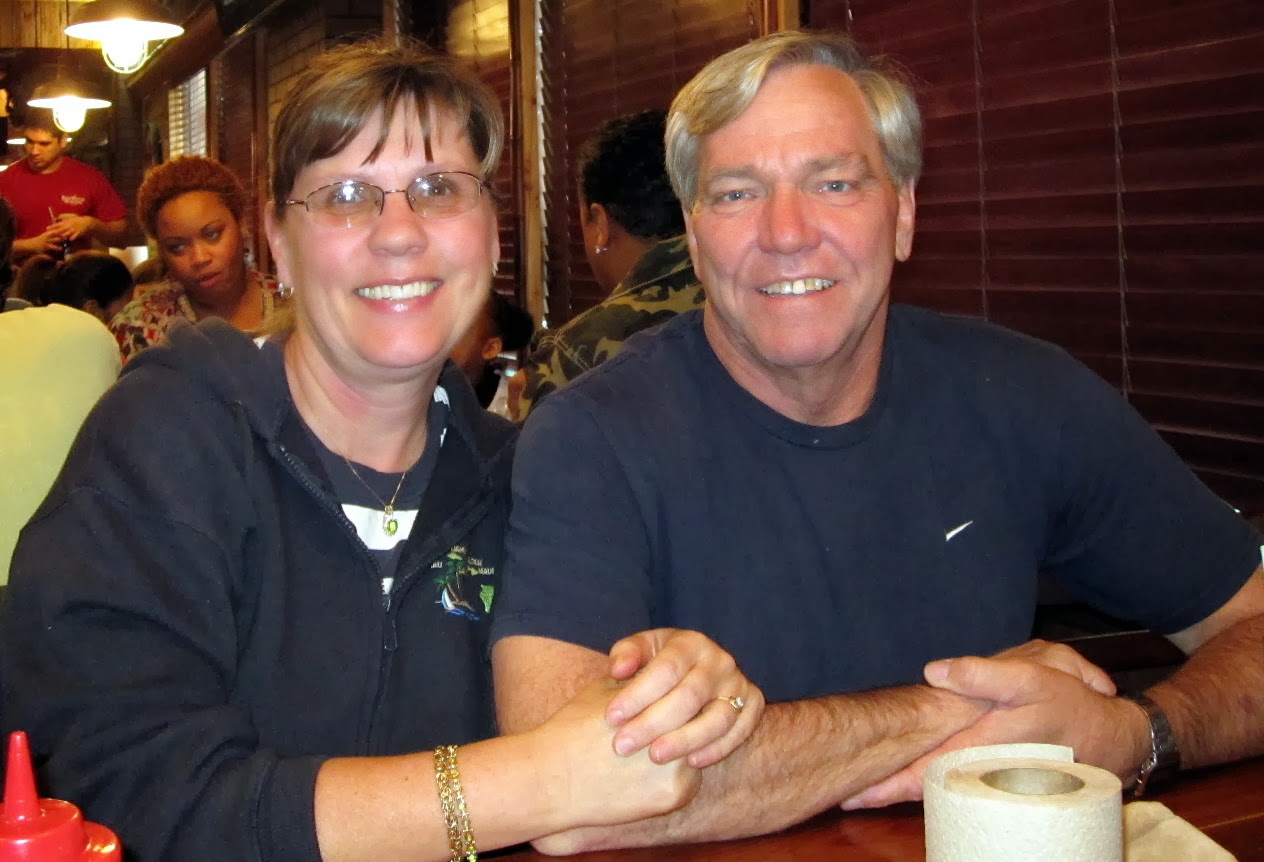 I also commended Evelyn for the warmth of her writing style and for personalizing her posts in a way that is appealing to readers.  In earlier posts in this blog, I have encouraged bloggers to follow this simple advice:  Don't just post photos and add captions like a travel brochure; tell a story about your experience and how you and others related to it.  Remember, the more personal, the more interesting and readable it is.  Evelyn clearly has a good instinct for this, and I'm sure many other of her readers will agree.

After lunch, we bade them goodbye and safe travels, having been recharged by their positive outlook and life energy.  Godspeed, you two; here's hoping we cross paths again one day.