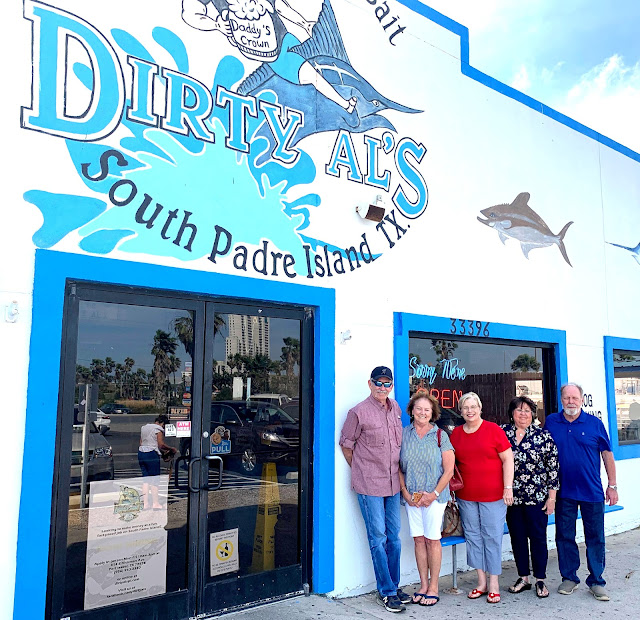 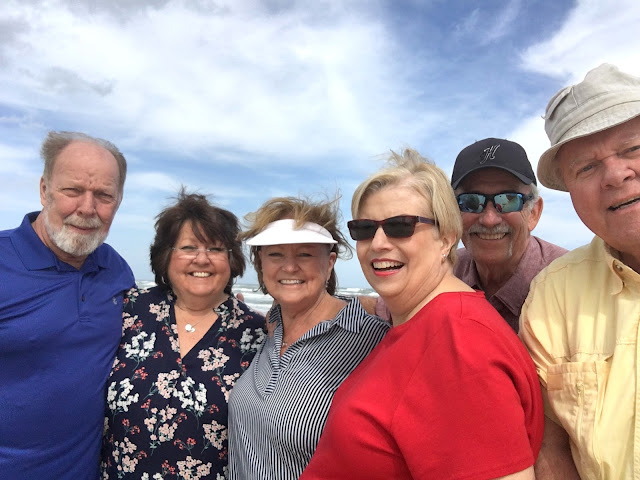 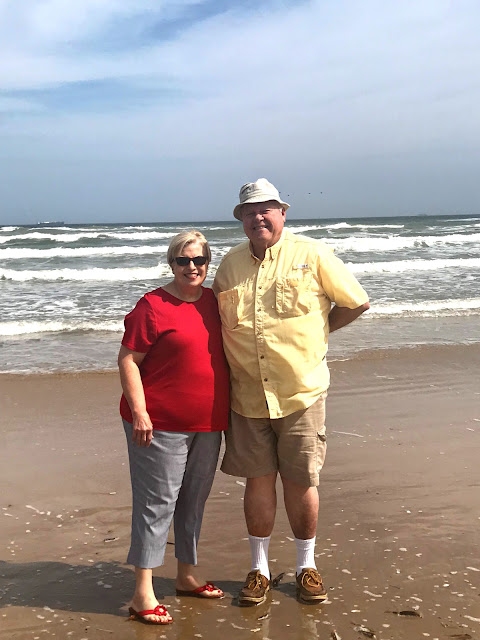 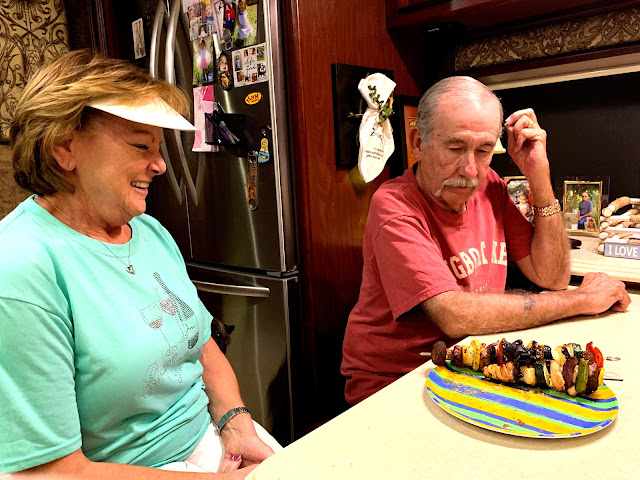 I suppose it probably gets old for readers to see more photos of a bunch of older RV folks sitting around a restaurant table, laughing and chatting as if we don't have a care in the world: 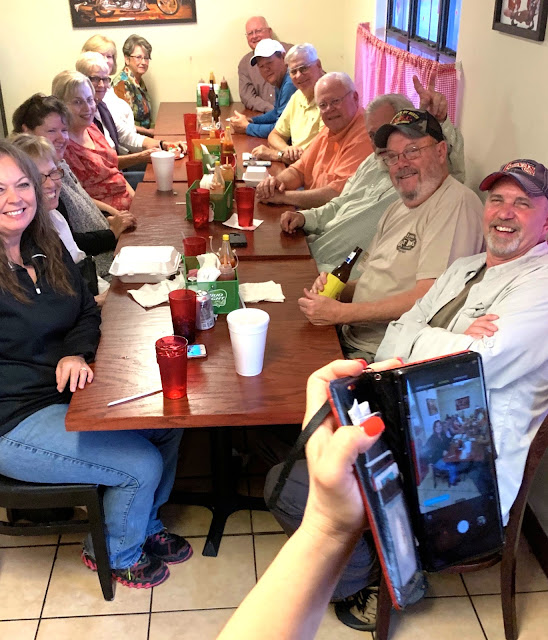 Well, that's pretty doggone close to being right.  We may have some cares in our world, but what others think is really not one of them.

Frankly, we've already made our contribution to society and the world of work, and we're now living our retirement years on our terms. That doesn't mean we don't have problems, of course; everybody has these. It's just that most of us don't need to include holding a job as part of our daily activity. This gives us a lot of extra hours in the day to think up solutions for little problems  before they get to be big ones. If we can't solve them ourselves, there is always support available among friends like these who have come to know each other through our common interest in RV travel.

It also gives us time to act silly like Larry and Marilyn in the photos below: 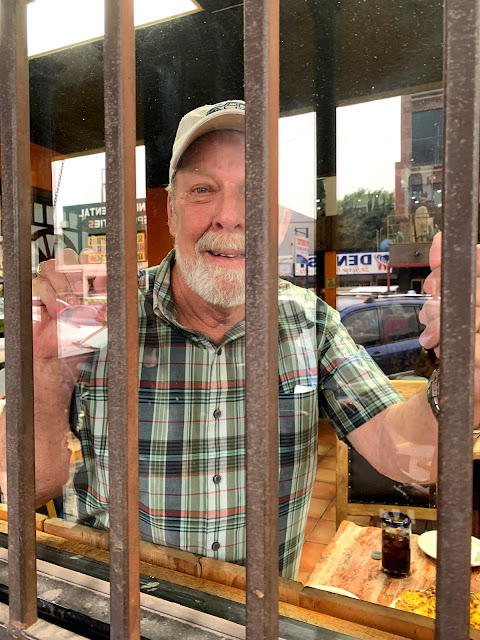 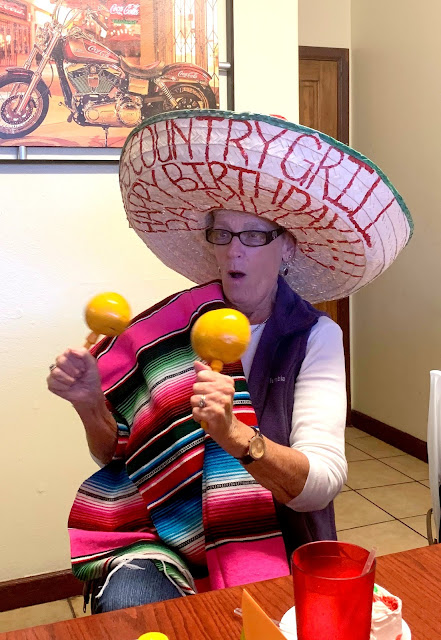 By the way, Larry and Marilyn have never met; they represent friends of ours from different areas of our travels who happen to be in the RGV and whom we will try to bring together while we're here, if possible.

Merrymaking of this sort is hardly silliness, of course. Well, maybe it is, but it's the good kind. It certainly represents the ultimate in a positive attitude regarding the inevitability of growing older and the kind of mindset we choose to have in the process. I think Sandy and I find this lifestyle so attractive in no small part due to the refusal of most of the participants to 'go gentle into that good night.'  Our movement about God's creation will be circumscribed for all of us at some point--a limitation we will need to accept with as much grace as possible--but not until we have squeezed out every moment of awe and wonder and heard the very last laugh of friends like these.

Maybe you are still working and wondering what retirement will be like for you. Well, it will be whatever you choose it to be, in my view. While it may not be the nomadic style we have undertaken for now, you will have with each new day the opportunity to seize it with gratitude, gusto and a merry heart. That's what Larry and Marilyn do, and that's why we love and admire them.

Steve and Jackie have joined us now at Victoria Palms, and we will have more stories to share as we roam around far south Texas. 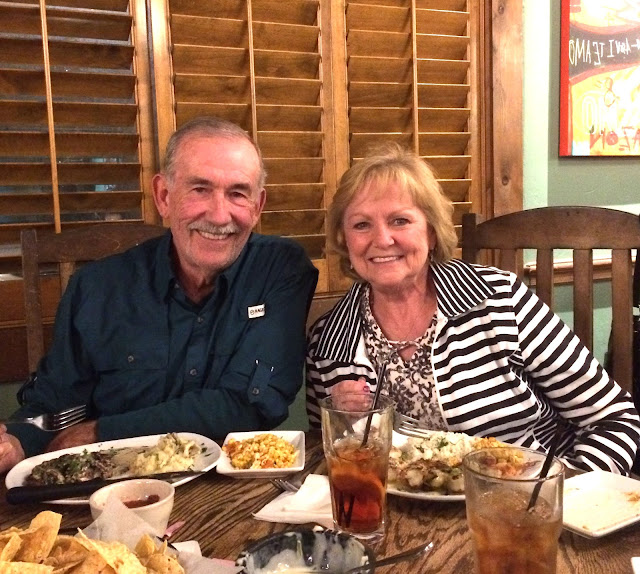