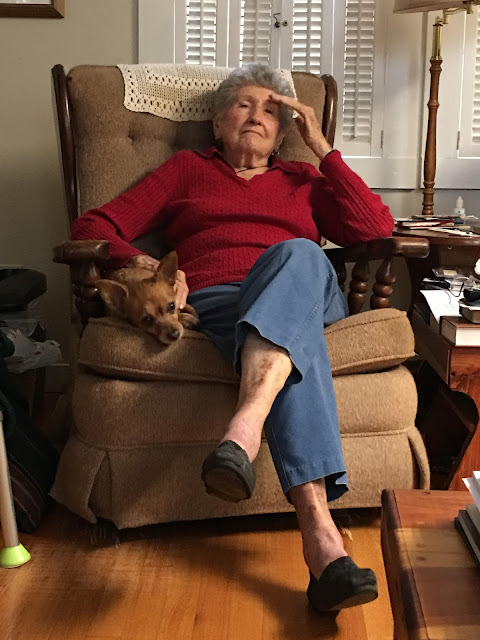 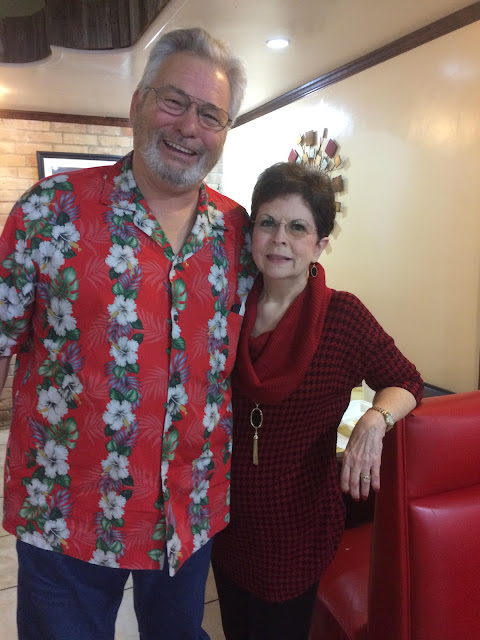 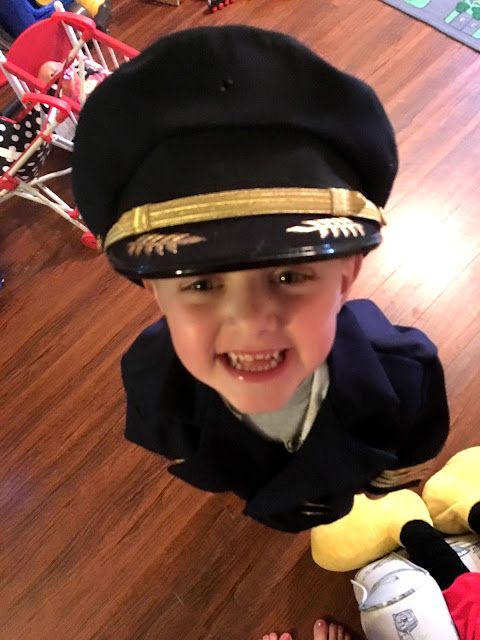 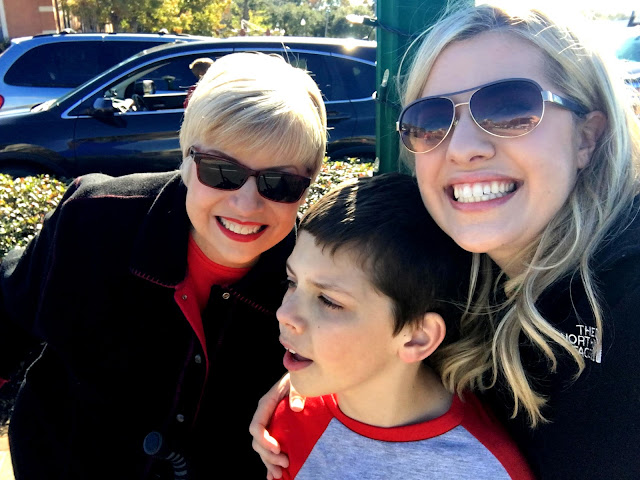 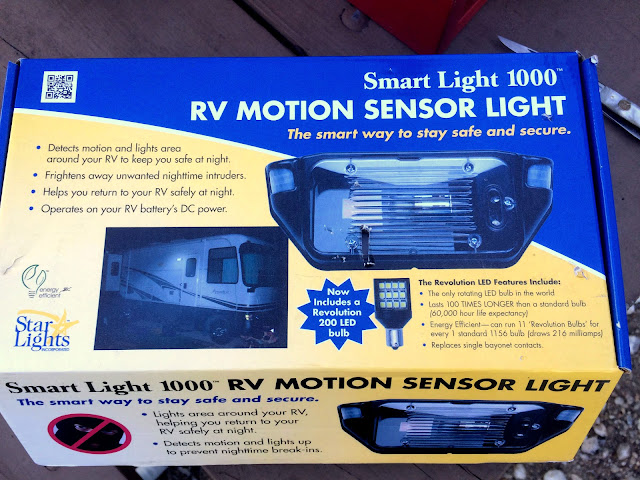 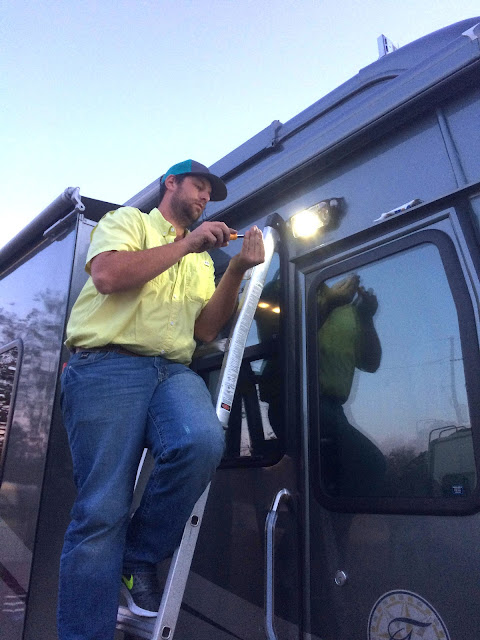 First Monday is Over!

Our annual trek to First Monday Trade Days in Canton, Texas is (almost) over! The hardy group of trekkies this year--besides us--was Tyler and Mindy (our kids), Bubba and LouAnn, Steve and Jackie and--for dinner only one night--John and Bobbie Jo.


We had a laugh-filled dinner at the Buttermilk Cafe downtown when John and Bobbie Jo were with us, but they were wise enough to retreat back to their digs in Kemp before all the crazies arrived to engorge the tiny town of Canton and its legendary flea market. (By the way, the food there was sufficiently good that it gets a nod on my favorites list linked on this blog; don't miss the CFS.)

The next day was spent by the ladies wandering the vast labyrinth of buildings and stalls from which one can buy just about anything imaginable. In case you've forgotten from a previous post, this is what the monthly event's venue looks like from the air: 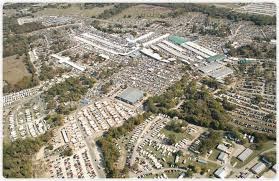 We guys walked around for a relatively shorter time, but we didn't really see anything we needed. However, we were able to enjoy some pretty strange sights among the denizens of this amusement park for off-center folks. In the photo below, this couple's dogs apparently have a thing for flea markets but really prefer to ride while they shop: 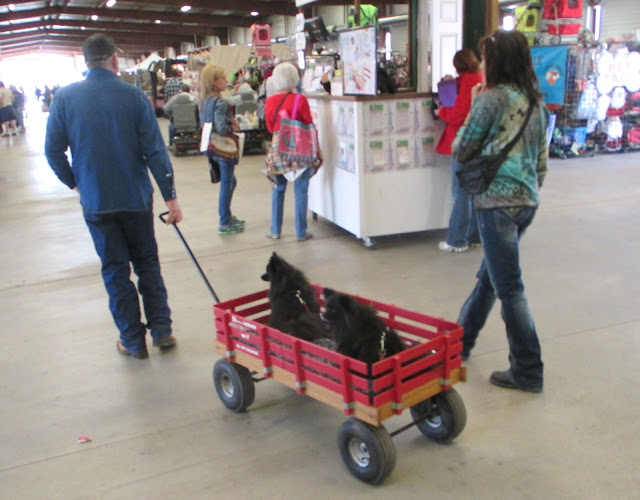 Speaking of dogs, we saw this one, who appears to be quite high up in Episcopal canine clergy but, since this was Friday, he was a little early for the Sunday mass:

Now nothing will add authenticity to your safari room like a seven-foot metal zebra: 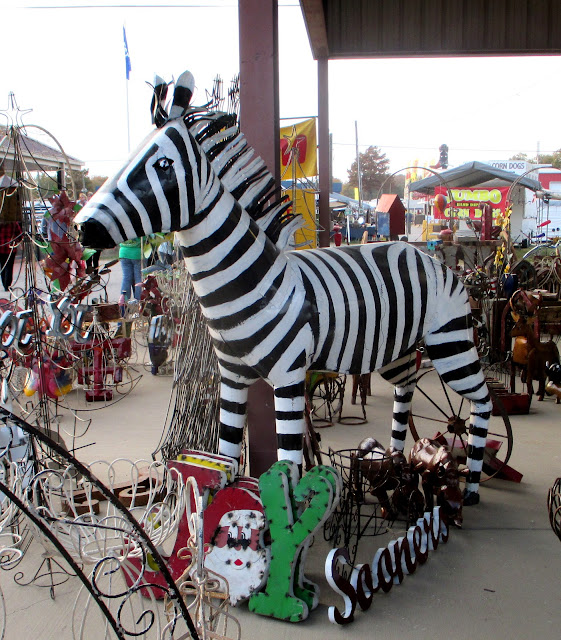 We saw many shoppers who had figured out a means to access more of the sheds than the mere pedestrian, as seen below. This woman, I'm sure, has a plan for her newly-acquired windmill, chicken coop and life-sized ethnic doll, but we are left merely to speculate as to what that may be: 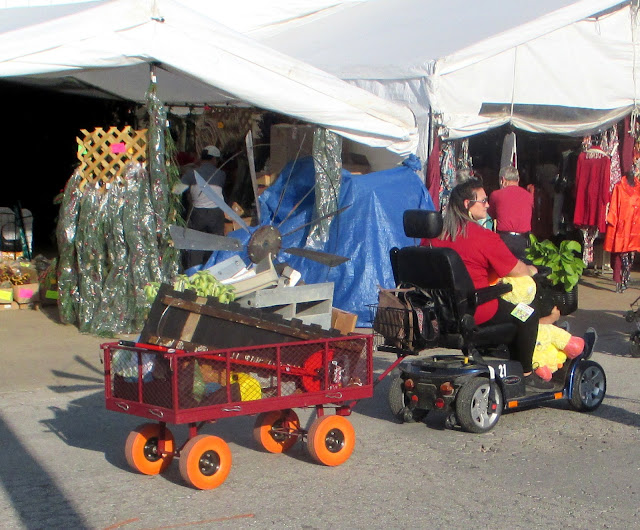 For only $175, you could have picked up this slightly used fireplug: 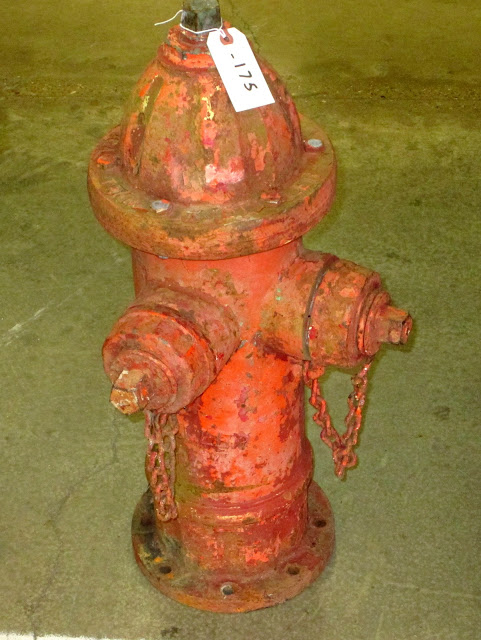 After a day of incessant walking in which only a tiny fraction of the trade area had been covered, the tired bunch posed for a photo before returning to their RVs: 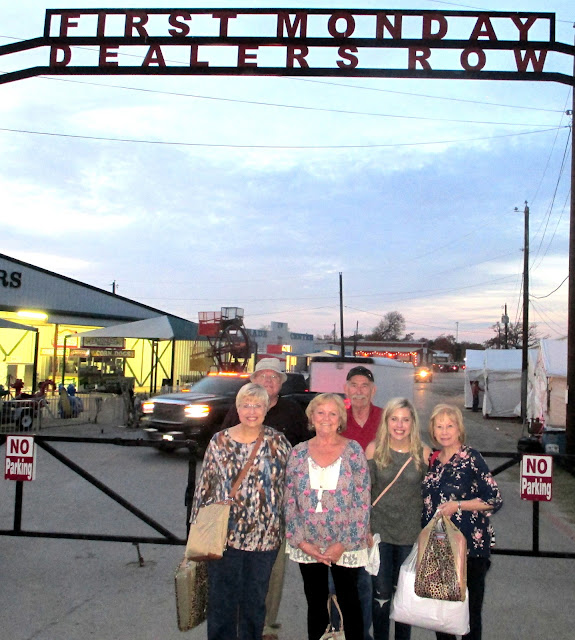 Sandy, Jackie, Mindy and LouAnn are in the front and Mike and Steve in the back.

The girls went on their own on the last day, and what did they find? I guess Jackie and Sandy thought these bows would be perfect for their Christmas glam: 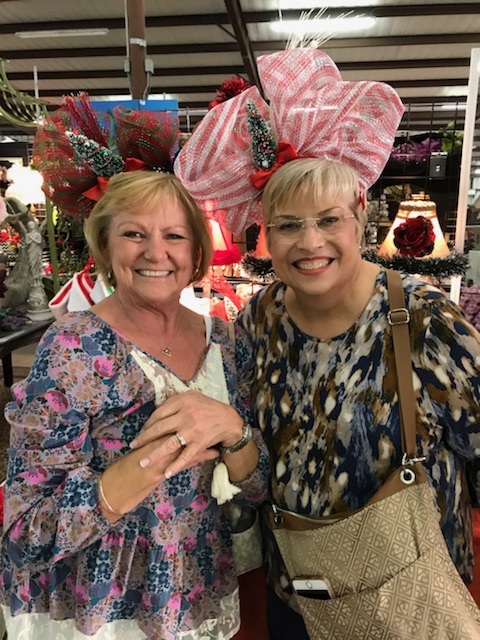 That was not the end of their questionable activities. In the photo below, LouAnn, Jackie and Sandy appear to have a roving eye for grown men who dress up as elves. I don't know whether to be jealous or alarmed: 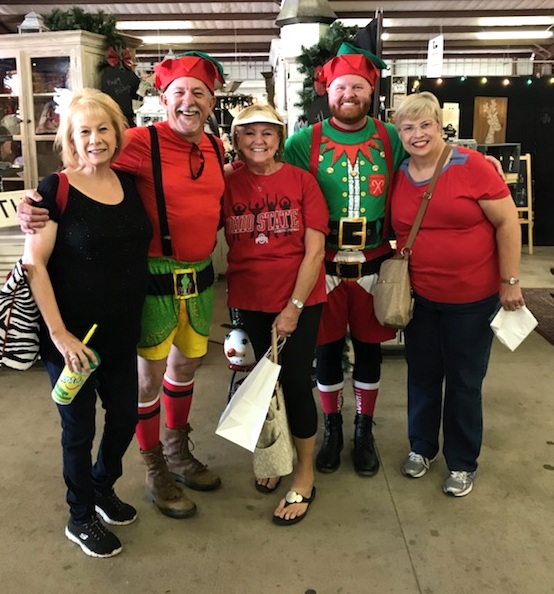 The enthusiasm for this adventure rose and fell along gender lines, to be sure. The girls thought it was nirvana, and the guys, to a person, would prefer to have an appendix removed without anesthesia. Nothing new there, I guess. That's the way it's been ever since the role reversal happened--perhaps in the cave dweller era--when women, like those above, became the hunter-gatherers and men became, well, largely irrelevant--needed mainly for procreation and playing video games. We guys know we dropped the ball somewhere, but it's hard to figure out how, these days, for fear of going to jail if we say the wrong thing to a woman.

Sandy will be quick to tell you that the camaraderie with her family and friends means much more than finding that perfect thing she didn't know she needed.  (Although she tends to find that, too.)

We will be returning to Conroe soon, but not without a stopover at Nacogdoches, the city that is my ancestral homeland.