Fail! It's Been Over a Month Since I Posted

It has been so long since I posted that I won't even be able to face Janice, who heads up the blog police. I'm sorry...it's just been a little on the dull side--you know, everyday activities that really can't possibly interest readers.

However, there have been a few recent developments that I can talk about, so here goes. This is the longest time we have spent in the lot we own here at Hondo. We are embarking on our seventh year as fulltimers, and I suppose one could think we are now part-timing because we have a "house." Well, it isn't really a house, because it doesn't have a bathroom, a bed or a kitchen. Because it doesn't have those things, it is not classified as a "house" on the tax rolls; it is, instead, for the purpose of assessment, a shed. This results in a tax "burden" of about $200 a year for the whole lot: 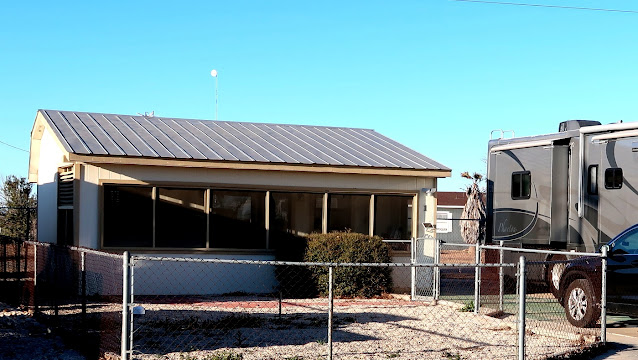 It has a nice screened porch, new heat and air conditioning, a small workshop, a plethora of storage areas and a decent gathering room.  We are putting together a very nice extra living area inside, but we're not quite finished furnishing it, so I'll wait to send you photographs. I think you'll be surprised. By the way, the chain link fence will be removed, and we are already working with a landscape designer to greatly improve the lot's appearance.

We are preparing the lounge area for an entertainment room, having bought extra chairs and theater seating where we can view a large state-of-the-art TV that will be powered, along with all our other digital devices, by Starlink, which we just received and set up temporarily in the front yard. 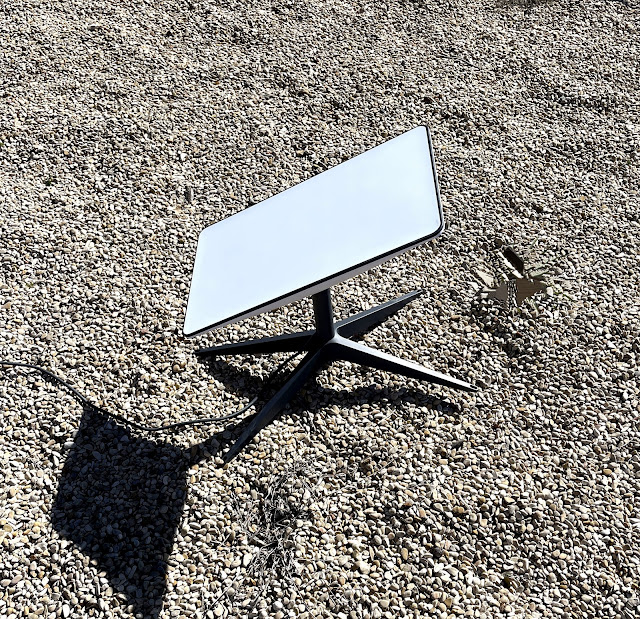 This antenna will eventually be attached near the roof of the "shed," but it works fine for now, just setting in the front yard. It is so nice to have lightning-fast unlimited internet and to be rid of the need for our much slower hotspots (until we travel somewhere again). I'm justifying the cost by getting rid of one of the hotspots. When I think how technology like this has advanced in my lifetime, I cannot help but be in awe. When I remember that, when I was young, my grandparents didn't even have electricity at their house, I find it hard to believe how this global satellite internet system is an evolution of a relatively few decades of technological progress.

Even though I recently bought a new Kawai digital piano, I have since discovered the Yamaha Clavinova CVP-809, the most advanced (and, unfortunately, most expensive) digital piano on the market.

I decided I just must have it, so I have traded my stored Kawai grand piano for one. The new piano has been ordered and will arrive in a couple of months. I have other plans for the Kawai digital I now have.

I have already written about our rationale for settling into this relatively modest living arrangement, but we find it just perfect for this stage of our lives. We are fortunate in our financial condition, in that we could make practically any living style choice we wished, but we have absolutely no desire to go back one inch toward our insane period 30 years ago when we built an enormous house on ten acres of land--just for the three of us! That decision was such a terrible thief of our spare time that we had, literally, none. Fortunately, we came to our senses quickly, and every living arrangement since then was to downsize, downsize, downsize...to this--which, actually, is a slight upsizing from Phannie's 350 or so square feet. But all our meaningful personal belongings are finally with us, and that's what we really wanted.

In order for us to consider living in a real sited dwelling again, we would first have to conceive of it and, so far, we haven't. The day will come, of course, out of necessity, but we love the minimalism of upkeep and expense, not to mention freedom, that we now have.

I suppose I could mention my progress in mobility now since my right knee replacement a little over three months ago. I am largely pain-free, except for an occasional twinge when my leg gets in an unusual position--but it's only momentary. My right leg is getting stronger, although the left is still a bit more more adept at stair-climbing. I have to remember to climb stairs more with my weaker leg to help make it stronger. Walking is not much different from before the surgery, except I feel a slight mechanical motion in the new knee joint. It's not painful--just a bit peculiar. I don't know if that will go away or not.

I had earlier made a proclamation that I was going to have both knees replaced within a few months of each other. Well, that proclamation is out the window. I have friends who have had both knees replaced at the same time, and they have my deepest respect. I, on the other hand, have proven to be a coward, I guess. This operation was quite enough for one year, and I've developed a new perspective on the condition of my left knee, which seems to have improved markedly since the violent abduction of its partner on the right side. I admit I don't do pain well; I think men would be ill-suited to have babies.

I can report an incident that gave me quite a surprise regarding the resilience of the new knee. Although I try to be very careful, I had a fall of a about two feet to the concrete driveway because I was bent over doing something I probably shouldn't have been doing, and the handle I was using for stability gave way. The impact was directly on the new knee and at my right hip joint, which had also been replaced years ago. As I was falling, knowing where the impact would be, I already had visions of more surgery to repair the damage. The fall was painful, of course, but to my amazement, there seemed to be no damage to the prosthesis. The tissues at my knee and hip were sore for a couple of days, but the absence of any problem with the implant was most surprising and reassuring. I don't know whether it was a testament to the surgeon or the device, but I was relieved and impressed. I have vowed to be even more careful in the future.

We have plans for about a month's travel beginning March 11. We will be traveling to Conroe to visit with relatives we don't see all that often, then to Austin for a few days, followed by a trip to Mission, Texas for a reunion with old friends whom we used to see when we frequented the Valley in the winter. These will be fun visits, for sure. Then we will make our way up the Texas coast for April's First Monday in Canton, Texas. If you don't know what that spectacle is, you should look it up, or search on "First Monday" in the search box on this blog.

So far, our first winter here in Hondo has been mild. The days are generally beautiful in the 60s and 70s, and I think we've had only two or three nights below freezing, but then we are only about a hundred miles from Mexico.

I try to remember to include a favorite photo from the hundreds we've taken on our travels. But this time, I think I'll include a couple from my flying years. I've been thinking a lot lately about those years and that they are well behind me now. I'm so grateful that I had a career that I enjoyed immensely and that was so rewarding in many ways. Both of these photos appeared earlier in the blog, but they may not have been seen by most readers due to the long 17 years covered so far in its posts. The first photo was taken in 1969, when I was flying a Beech 18 at age 23: 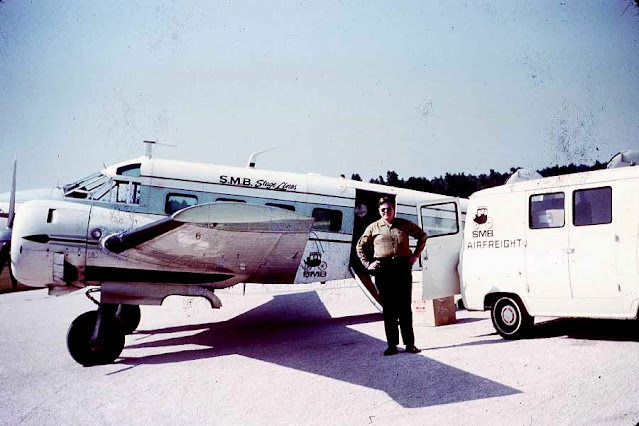 The next was taken 25 years later, when I retired from flying  with 15,000 hours and joined the FAA. My last flight was as captain in a Boeing 727 from Las Vegas to Dallas. Happily, I made the best landing of my life on that trip.