The day finally came for the grandsons and their parents to go for an airplane ride with "Poppy." (I'm not sure they know my real name any longer, and that's fine with me.) Daughter Mindy had flown with me years ago, but it was in a DC-9, and I'm not sure she remembered the experience very well. This was also the first time in a small airplane for son-in-law Tyler and the boys. Up until now, their knowledge of their grandad as a pilot was merely anecdotal and through seeing photos of me dressed in a pilot's uniform or showing views of the airplanes I flew.

We all showed up at the sleepy little Huntsville airport, and I got a big kick out of how the boys had dressed for the flight. Little Pryce was in a little junior pilot's uniform, and Mason was wearing one of my decades-old pilot's caps that I had given him. Apparently, they were really getting into this, much to my delight. 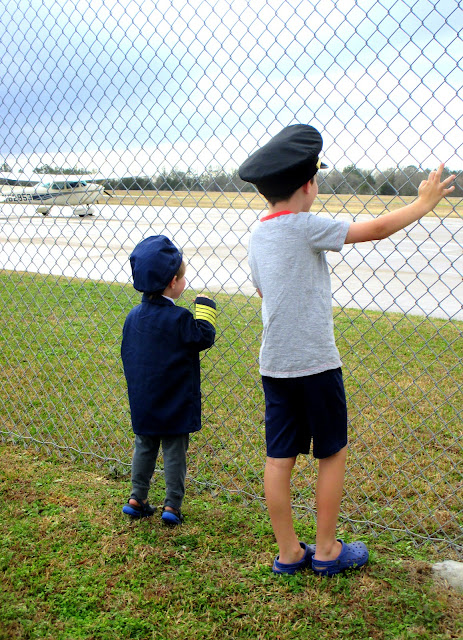 The line personnel brought the Cessna to the terminal ramp, and I went out to preflight it, after which Mindy and the boys came out to get strapped in. 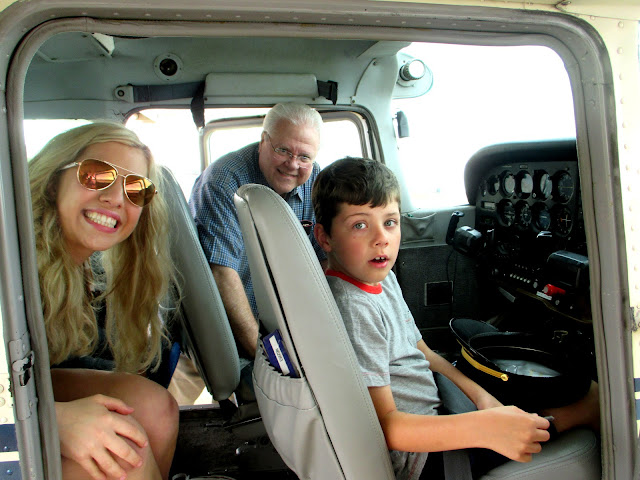 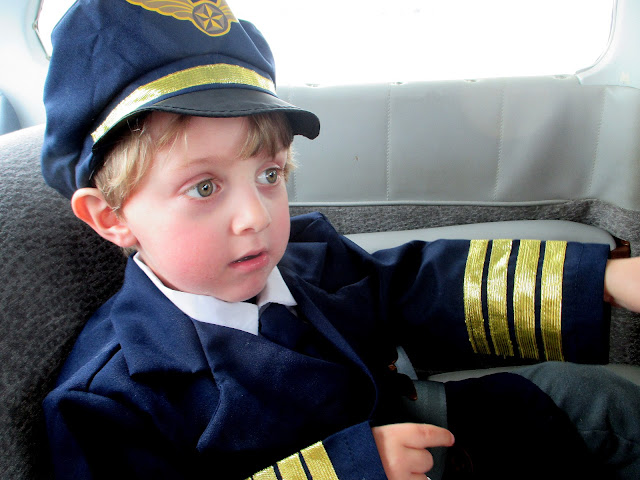 When it was Pryce's turn to sit in the copilot's seat, he insisted on reading the checklist, because I had told him that pilots are supposed to use checklists so as not to overlook something important. 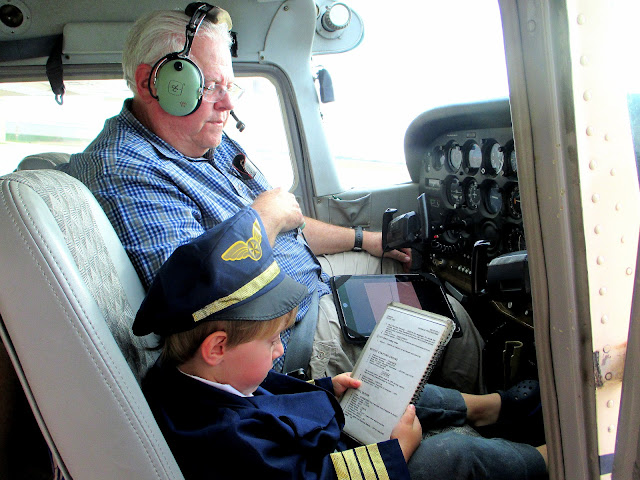 After all was ready, we fired up the engine and taxied to the runway end, where we made the engine runup and I asked the boys to help me look for other airplanes that might be approaching for a landing.  (There was no control tower at this airport.) Seeing no other traffic, I advised on the radio that we were about to depart, and then we lined up on the runway and took off with a roar. I had prepared Mindy and the boys for the engine noise which, compared to the airliners I had been flying, was formidable. (In a 727 with the engines far back in the rear, the sound of the engines is almost inaudible in the cockpit.)

Here we are, climbing away from the airport on the first takeoff: 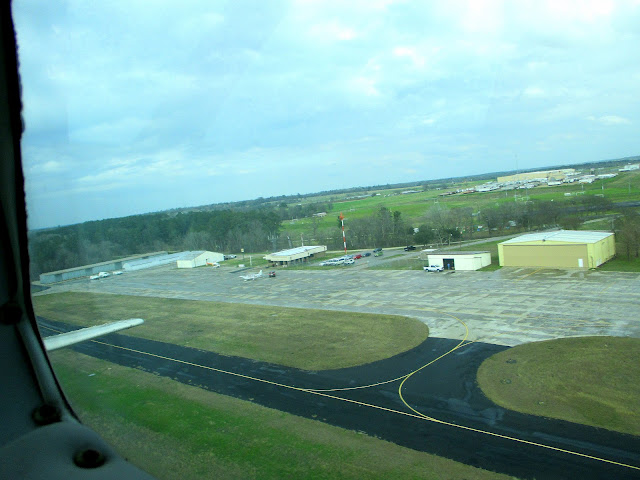 Remaining at low altitude for good sightseeing, I was a little apprehensive that my passengers might be affected by the slightly bumpy air, to which small aircraft are much more susceptible than large ones. Luckily, no one had a problem at all, and they were all transfixed by what the ground looked like from the air. I pointed out various landmarks to them, and they seemed completely enthralled by the experience, just as I had hoped.

We didn't stay up but a half hour on each of two flights. We had to land and let the boys change seats about halfway through. Once airborne, I let Mason hold the yoke on his side for a brief time to give him a feel of it, but he quickly turned it back to me after a stronger-than-usual wind gust jostled us a bit. But that's okay; he flew long enough to have bragging rights among his school chums, something of which he took full advantage, I later learned. Tyler took Mindy's place on the second flight, and he seemed to enjoy the experience, too.

After about an hour, we returned to land; no one was worse for wear and there were smiles all around. Mission accomplished! 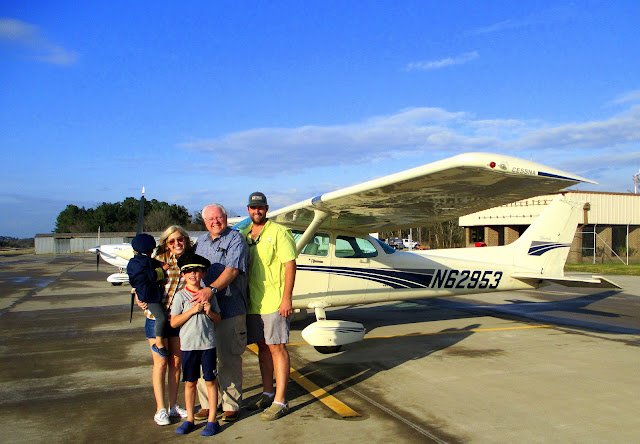 What a great experience this was for all of us! I don't know whether this flight or future ones will have any influence on my grandsons now or later in life, but I'm glad I could be the one to take them for their first flight in a small airplane. For me and for them, this was a promise fulfilled, and I suppose I am now not merely Poppy but, in their admiring eyes, a living legend to boot. I couldn't possibly be happier.