Hawaii, Here We Come (If You're Still There)

We just completed a 17-day visit to Conroe and Thousand Trails, where we had some exciting times. RVer friends John and Bobbie Jo drove down from the Dallas area with their beautiful new fiver and visited with us for a few days. We had fun showing them around and taking them to some favorite restaurants, then they joined us for a cookout with Tyler and Mindy and the grandkids.

Speaking of the grandkids, we celebrated Mason's ninth birthday at a trampoline party center in the Woodlands. Hard to believe how fast he's growing up! Here he is, blowing out candles on his cake: 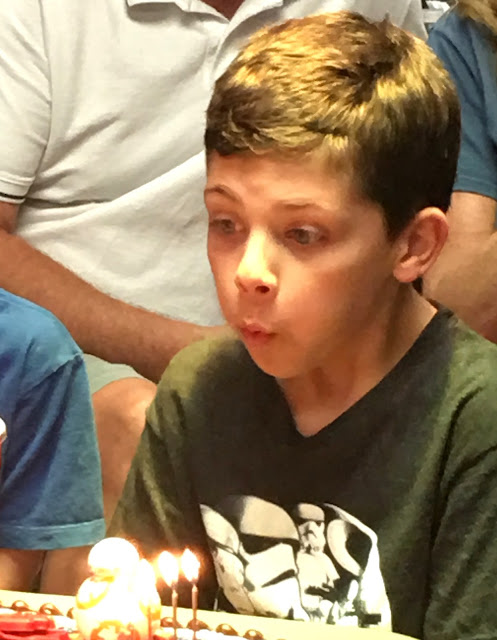 I was going to take him flying as part of his birthday gift, but the airplane developed an alternator problem, causing us to have to postpone until we return from Hawaii.

As an anniversary gift to both of us, I snagged tickets to "The Sound of Music" that happened to be on tour at Jones Hall in Houston. It is our favorite musical, and the group performing was outstanding!  Here's a selfie during intermission: 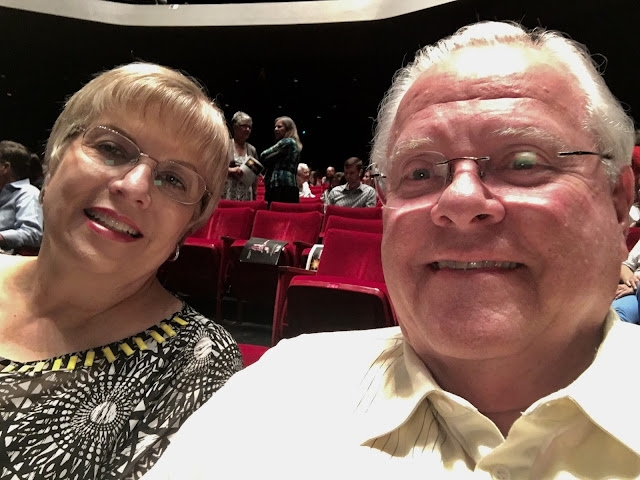 As we left Thousand Trails, we snapped this photo of a motorhome that had pulled in nearby. Now we make no judgment as to its tastefulness, but suffice it to say that we don't think we've seen this paint scheme before. Beauty is truly in the eye of the beholder, isn't it? 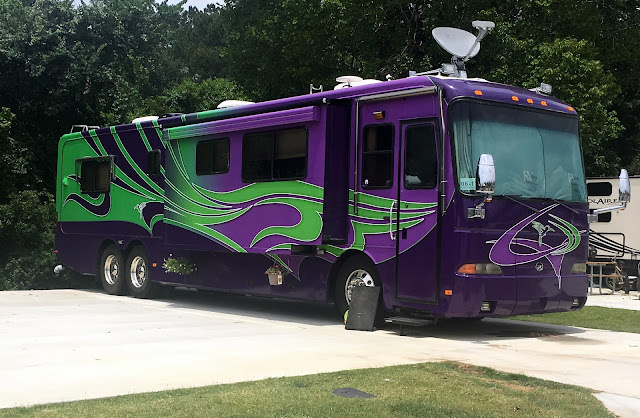 We left Phannie hooked up to electricity at an RV storage facility not too far from Thousand Trails. We'll get S.I.L.Tyler to check on her occasionally and see that all is okay.

As we were packing for this trip, it occurred to us that the next two weeks will be the first time we have spent the night elsewhere than in Phannie in the two and a half years we've been fulltiming. What also surprised us was that we have not had to pack a suitcase in all that time, either. Now, I am not a gifted packer of suitcases, although I spent a lot of time carrying them during my years flying for airlines. The ugly truth is that I have always hated packing, so Sandy always did it for me. She claimed that she was fearful that I would forget something critical, and I certainly would have, but she's just that sweet, actually. And no, I don't deserve her.

For this two-week trip, she was able to get everything into a couple of suitcases and a hangup bag. I thought it was a bit excessive, but if I don't do the packing, I really don't have much say in it, do I? We will be cruising with two other couples who are friends of ours and, of course, women can't be seen in the same outfit over and over. For guys, this is just not an issue, thank God! 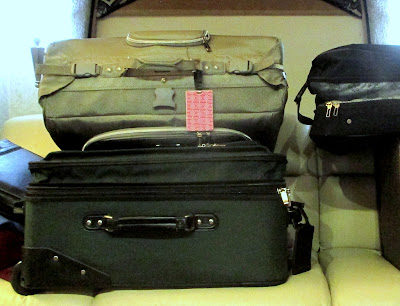 But there was a larger headache with all this packing: We came to realize how much we had rather be traveling in Phannie, where we always have our stuff with us! We had sort of always known this, but it is now etched in our minds for good. Traveling any other way is WORK!

We will have fun, though. We love our friends who are traveling with us, and this will also be a second honeymoon. We honeymooned in Hawaii 42 years ago, and this is the first time we have been back as tourists. (I flew through here as a pilot crewmember on international flights, however.) I found some old photos of us during our honeymoon; these were taken at our hotel on Waikiki, which was the Kahala Hilton at the time: 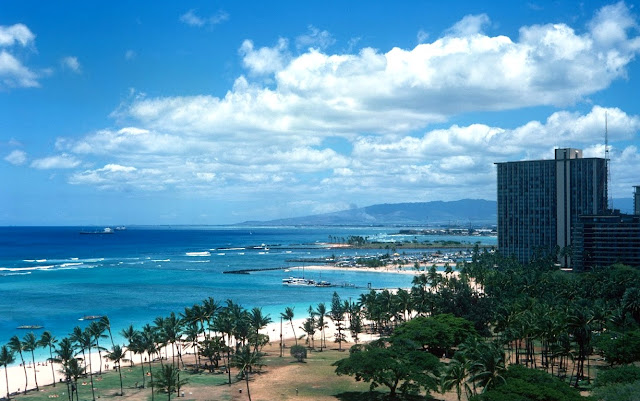 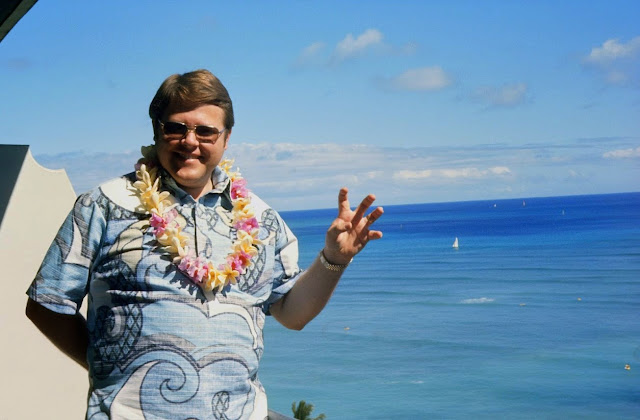 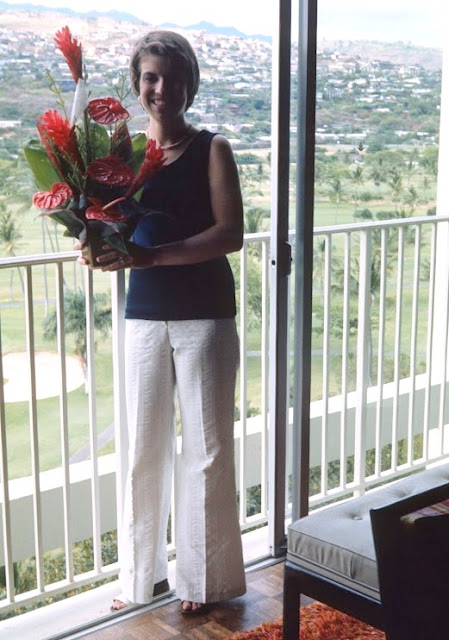 I was quite a hunk, don't you think?  No wonder Sandy fell for me! Oh yes, she looks pretty good, too.

I'll post some photos during our trip this time; I'm sure I've hardly changed at all.

Our flight leaves Houston for Honolulu in a few hours. More to come!