One thing is certain, whether you live in a stick-and-brick house or in an RV: Maintenance will always be required. It is perhaps more of a certainty in an RV, as it is a combination of house and vehicle, both of which require frequent attention. Fortunately, my insistence on following carefully a maintenance schedule for Phannie's engine and drive train has resulted in almost no problems in this area in nearly 50,000 miles.

After Phannie's good bill of mechanical health at Bay Diesel, we have been concentrating on the "house" part of our bus. We've had some body work done to take care of some dents and scratches, and next will be some work on our awning and other minor things.

There is no better place to get these things done than the little burg of Red Bay, Alabama, where the Tiffin factory is located.  There are perhaps a dozen ex-Tiffin employees who have set up little cottage industries of their own to take advantage of the overflow of Tiffin customers who return to the factory for service. With more than 80,000 Tiffin coaches having been built, there is almost always a wait for owners to get their coaches into one of the more than fifty maintenance bays at the service center. The spillover is a feeding frenzy for the local independent techs, who can usually see customers much more quickly than the factory shop.

Because Red Bay is such a small town, coach owners often help pass the time taking day trips into the surrounding area. Tupelo, Decatur and Muscle Shoals are not far away, and these places have all the amenities that could be expected of larger cities. (Red Bay doesn't even have a Wal-Mart.)

We decided to make a round-robin excursion to Decatur and Scottsboro, Alabama.  Decatur is a pleasant town of about 50,000 located on the Tennessee River, and I had long heard recommendations to try the fare at Big Bob Gibson's Barbeque. That would, indeed, be our first stop on the tour: 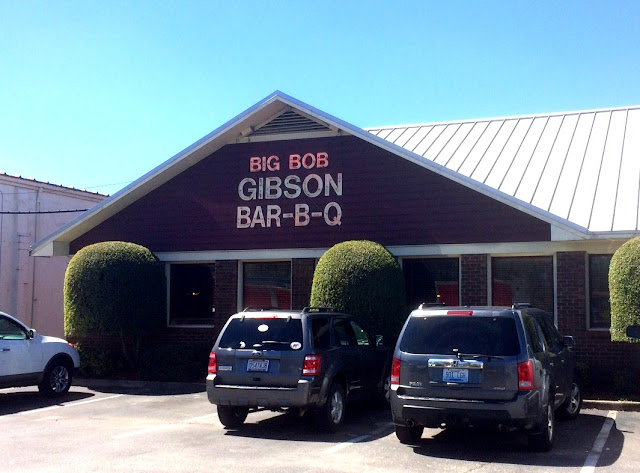 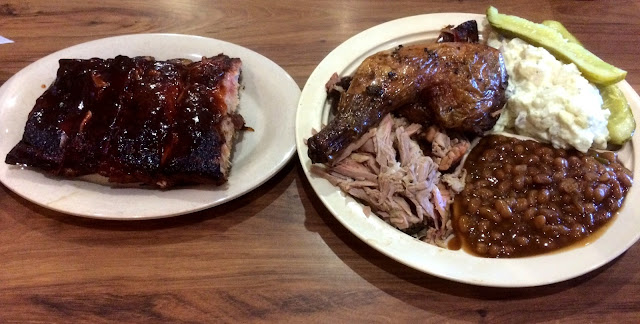 We were not disappointed. We ordered the Big Bob Gibson feast to share and, upon its delivery to our table by a very cheerful waitress, we both exclaimed at the same time that we couldn't possibly eat all of this!  Guess what--we were wrong! This was some seriously good 'cue, and it will go on our best restaurants list for sure.

Afterward, we stopped at a local bakery, Mel's Sweet Treats, for some cookies that were to die for, and that place will also go on the list.

Now, since our stop at Big Bob's was considered my treat, it was now Sandy's turn to make a choice of things to do. She chose the Unclaimed Baggage Center, about an hour away in tiny Scottsboro, Alabama:

This is the one place in the country where all the unclaimed baggage of airline passengers goes to be sold to the public. Sandy had heard about it for decades, and she had always professed a desire to stop and take a look. Since I had had my Big Bob Gibson fix, I was most agreeable, and off we went to Scottsboro, about an hour away from Decatur.

I'm not so sure Sandy was looking for a bargain so much as merely being curious as to what things airline passengers would leave behind--as it turns out, some really strange stuff. One of the employees told us that they had recently sold a $75,000 emerald ring for $36,000 and, when we were there, we saw not one, but two, suits of armor that passengers failed to pick up. I didn't even try to figure that out. 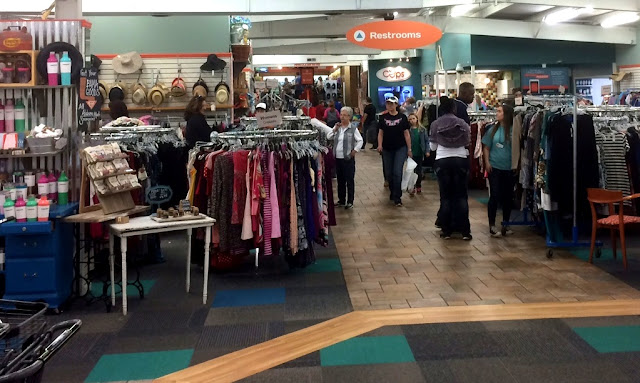 The place gave the appearance of a large department store and, as you might imagine, there was a huge amount of clothing on display, in addition to tons of cameras, laptops and other electronic gizmos.
We both decided that the outlet was slightly disappointing in that the prices being asked for the goods seemed quite a bit higher than we expected. That didn't seem to deter the customers, however, as the parking lots were full, and a constant steam of patrons were leaving the store with bags of merchandise. Sandy found a couple of never-worn items, including a pair of pants and some Teva flip-flops that she would bring home to son-in-law Tyler. This was apparently enough to satisfy the little shopping demon that sits on her shoulder, constantly whispering his nefarious temptations in her ear. I counted myself lucky.

It was a pleasant drive back to Red Bay and, upon returning, we remarked how being in this tiny town and its very rural surroundings was almost like being transported back in time to our own small home towns where we grew up in the innocent 50s and early 60s. It is a place that crime and violence haven't discovered--where few doors are locked at night and where the Ten Commandments are prominently displayed in a local cafe: 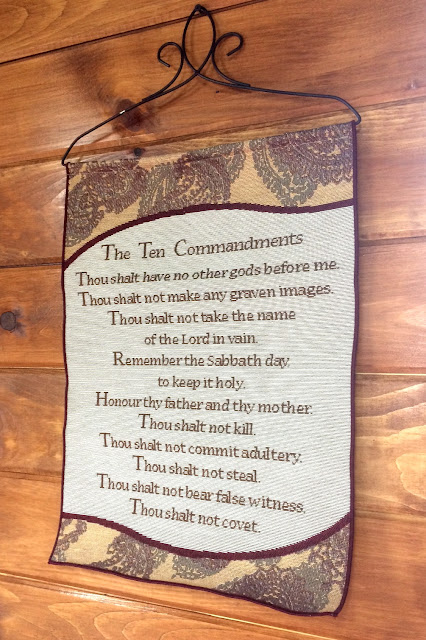 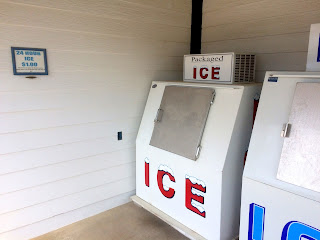 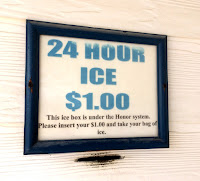 Fortunately, we got back to Red Bay after the 3:30 rush--when all the Tiffin employees leave work from the single factory shift, designed so that the workers can pick up their kids from school and have supper on time. Yes sir, it's a different world.

We'll be leaving here in a couple of days, making our way back to the D/FW area and all the madness that entails. We will miss our little town that time forgot.