I thought it would be a good idea to let you know that I have replaced the Apple TV receiver with one from Roku. To my surprise, the Roku suits me much better than the Apple, with all its vaunted hype, cool styling and cult following. I purchased the Roku Premiere for $89.95 at Best Buy, for the following reasons:

1) The main problem was that the Apple began to freeze up when Netflix was selected. I tried a dozen things, and it just stopped working. 2) I was also annoyed that Amazon Prime is not available. How arrogant, I thought, that Apple's little hissy fit with Amazon would keep their stream off the device. 3) I found the touch-sensitive Apple remote more frustrating than useful, as my fat fingers didn't always touch the part of the remote that would cause the appropriate selection to appear on the screen. I plan to hold on to the Apple TV set, though, as it serves admirably as a means to stream wirelessly with Airplay from my iPad to a television set. 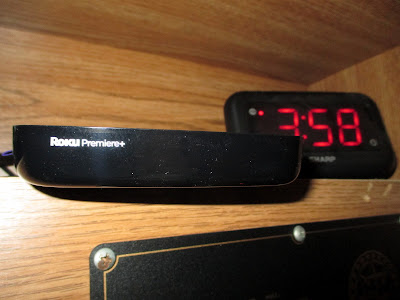 While I'm on the TV subject, I'll go ahead and tell you of an outstanding mobile TV satellite service named Sats2Go (281-564-2828), located near Conroe, Texas and which serves the Houston area.  You may recall that, in my last post on this subject, I was bragging on my Direct TV service and the Winegard Trav'ler automatic dish that feeds it. I guess I never learn, because it has been my painful experience that when I refer to something as trouble-free, it will almost certainly make me look foolish by promptly breaking down. When we were recently in Port Aransas, the Trav'ler dish searched every corner of the obstruction-free sky overhead and simply refused to lock on to a satellite. Inside the coach, I looked at the little Winegard control box where the word "Searching..." remained illuminated, mocking me for my previous braggadocio.

Upon returning to Sunset Shores, I gave Sats2Go a call and Dave, the owner, appeared a few days later, as arranged. Although not much of a schmoozer, Dave's knowledge of my system was nothing sort of encyclopedic. In a short time, he not only fixed the searching problem (a loose wire), but he rerouted and fastened some of the cables on the roof that had been left awry during the installation years ago. Then he turned his attention to the components inside the coach. With a flurry of activity and with wires and cables flailing around, he reconfigured my system to where it had more capability than when it was new! When he was finished, he handed me a couple of pieces of leftover switches and other components that he said weren't needed any longer in my setup. Apparently, the guys who did the original installation were not on their game, he said. To say I was impressed with Dave is an understatement. If you have problems--or you would like an equipment installation, give Dave a call at (281) 564-2828. I have put him on my list of favorite maintenance providers, linked on the home page of this blog.

Today was a cooking day for us. I fixed some 15-bean soup in a small slow cooker and fried up some hot water cornbread to go with it. Sandy made one of her famous chocolate cakes with roasted walnuts in the icing. 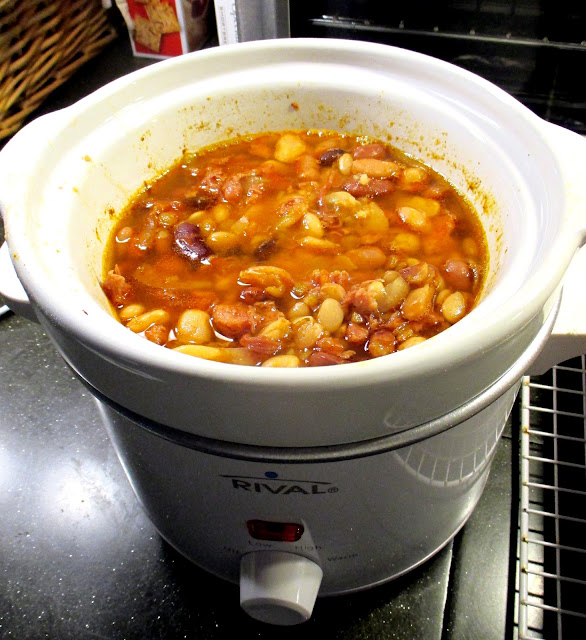 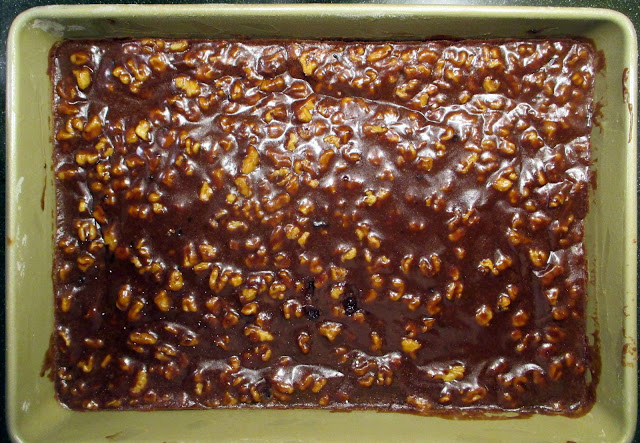 We sampled both dishes and took most of the rest to the kids. They were so happy to get it.

That's about it for now; thanks for stopping by!