February has been one of the gloomiest months I ever recall here in this part of Texas. According to a local TV news station, we have had no fewer than 22 of its 28 days that were cloudy, and we've had a boatload of rain! Since the last couple of days were really nice, I thought I would go ahead and do a little flying to catch up my 90-day flying currency (required by regulation if passengers are carried). I rented the little Cessna 172 at Huntsville and Sandy went along as copilot. Unfortunately, the grandkids weren't available, but we will have to take them up soon to quell what will certainly be their noisy disapproval at missing this occasion.

We did some flying around Conroe and then down to the North Houston airport, where we will be picking up the boys next time we go flying. This was a tiny strip in the middle of a housing development that grew up around the airport. The owner of the airstrip has doggedly refused to sell the airport land for development, so he is sitting on some very valuable property. The short, narrow runway will handle only light airplanes, so there's no jet noise; maybe that's how the little airport survives its improbable location: 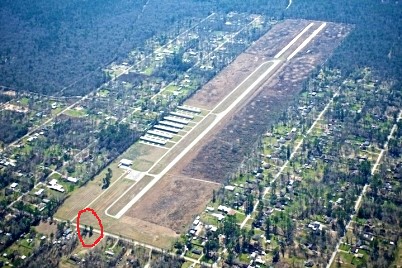 One of the interesting things about approaching the runway from the north (bottom of the photo above) are the two large trees alongside the final approach path (circled). I think I may have scared some birds perched in the trees as the airplane glided by on approach a few feet away. I'm not sure how comfortable I would be landing here at night.

We flew at relatively low altitude back to Huntsville, looking at familiar landmarks below, including the Thousand Trails compound on Lake Conroe where Phannie is parked. Here is a photo of my iPad that Sandy is holding--the modern replacement for paper aeronautical charts that were standard in my day. Although I didn't really need any navigation charts today, it helps me avoid the restricted areas that overlay the busy Houston area: 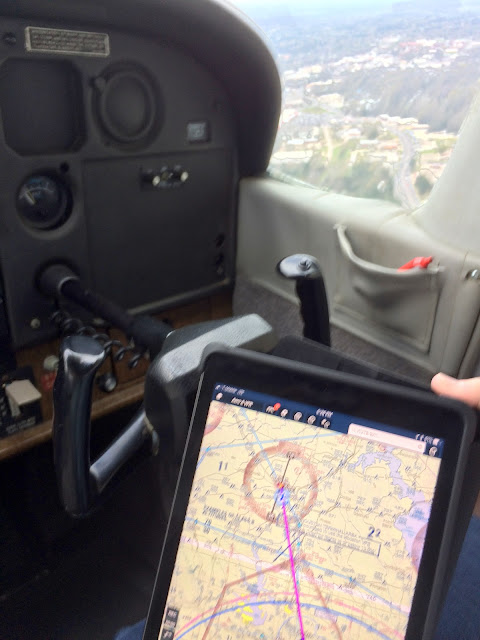 As I mentioned in previous posts, the basic mechanics of flying are the same, whether it is in a tiny airplane like this or a commercial jet; things just happen a little faster in the latter, and, oh yes, you have flight attendants to bring you stuff. For this little period of time, I can recall the feel of all the airplanes I have flown, and the memories are really good. Sandy watches me with a degree of wonderment as I adjust, unthinkingly, the engine power, flight controls and trim as needed while we climb, descend and turn. I am comfortable here, having spent many thousands of hours in this environment. I tend to forget that it is not this way for everyone. 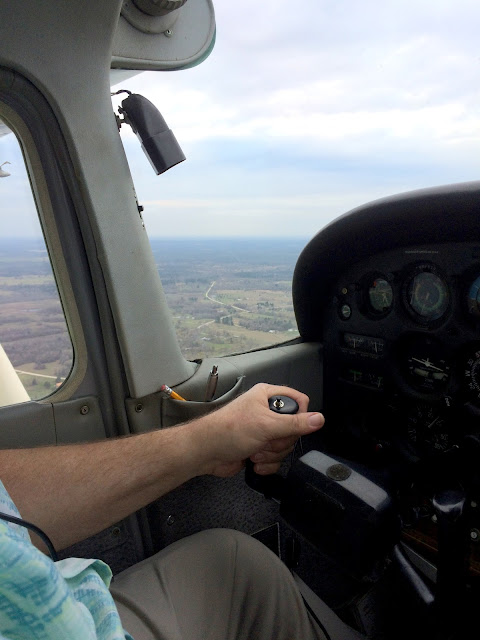 Sometimes I also forget that my hair has turned to silver, as is obvious in the photo below; it has been that color for quite a long time. I remember one flight before departure in a DC-9, parked at the gate in Shreveport, Louisiana, in which my hair color, surprisingly, became an issue. I was sitting in the left cockpit seat with the cockpit door still open while the passengers were boarding. Suddenly, an older female passenger brushed beside the flight attendant and poked her head into the cockpit, tapping me on the shoulder. I looked around at her, and she said, "Just checking to see that you have gray hair; I don't fly with captains who don't have some gray hair." I smiled and said, "I can assure you, madam, that this is my real hair color and that you have made my day." Seemingly satisfied, she strode to her seat, and I didn't hear another peep from her. And yes, that story is the honest truth. 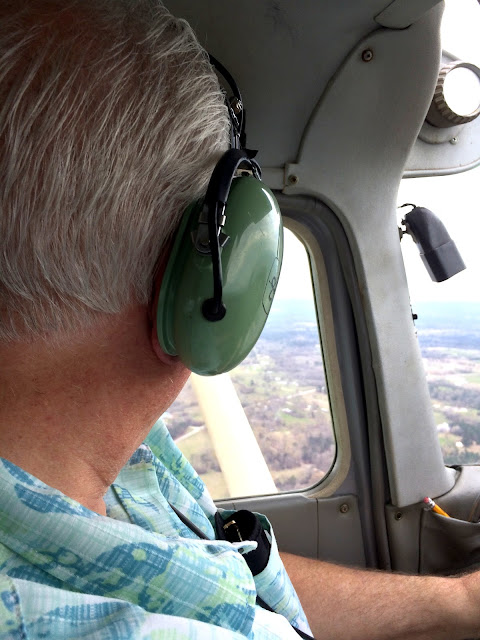 We're lined up on final approach to runway 18 in Huntsville; the flight is nearly over: 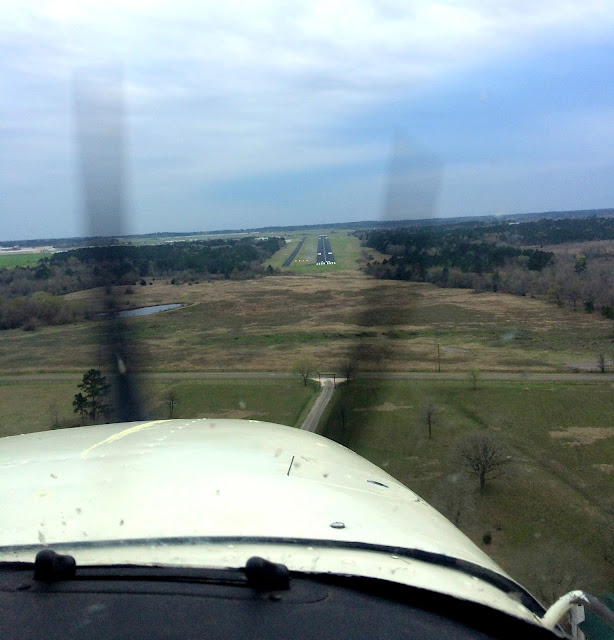 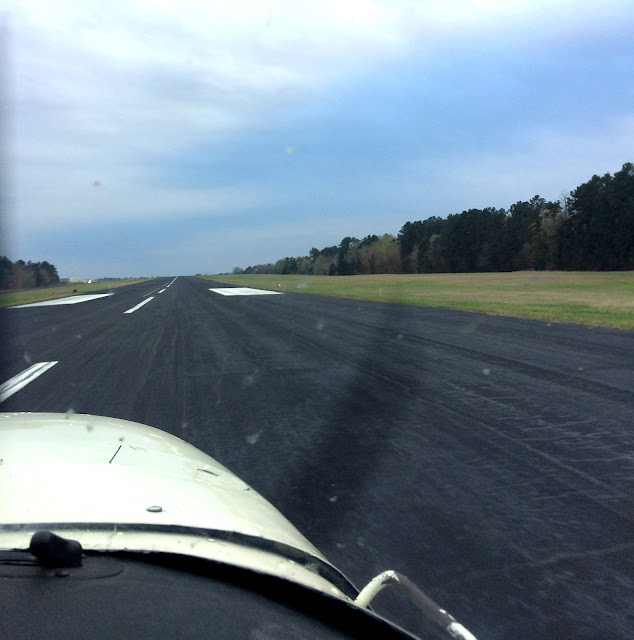 It was a good day; I can't wait to take the grands for their ride.