First, I would like to point out that it has been less than a month since my last post! This burst of writing energy leaves me encouraged that I may not have  given over to the last of the seven deadly sins--that being 'sloth.' This seems especially true since we have not been indolent here in the Texas outback. Even though we have been busy, as you will see below, the unusually hot springtime weather has caused us to spend more afternoons under Phannie’s ample air conditioning. The time is growing short until we shutter the Ranchito (yes, Ranchito Hondo is the new nickname of our Texas 'acreage') and point the Dowager Phannie northbound to Colorado. It will not be a quick trip, however, due to a long-anticipated stopover in the DFW area to see Tyler and Mindy and the grands. They will be celebrating grandson Mason’s birthday at the Great Wolf Lodge in Grapevine, and we will gladly brave the heat to be with them for a few days. After that, we’ll have another stop in northwest Texas to visit longtime friends Bubba and LouAnn and their families. We will see them again in Colorado along with some other dear friends, Steve and Jackie. My posting frequency will, undoubtedly, pick up once we begin that trip.

I’m trying not to think about the cost to fill Phannie’s 100-gallon fuel tank. I had the good sense to fill the tank before we parked for the winter/spring here at Ranchito Hondo. That 'cheap' fuel will take us only 700 miles or so until we’ll have to become bank robbers or something. The problem with that money-making scheme, however, is that Phannie will probably not be a good getaway vehicle. Sandy will never go for it either, because wearing a face mask would ruin her makeup. I’ll have to think of something else, I suppose. Although I have learned to keep this blog relatively free of politics, I have some rather strong views about whom to blame for the craziness we’re witnessing in the country; I'll leave it at that.
As mentioned in the previous post, we have spent a good deal of our time and treasure lately, upgrading the formerly gruesome landscaping here at the Ranchito. Over the years before we bought this place, the weed barrier beneath the much-despised pea gravel yard had deteriorated, causing a losing battle for me against the wretched, useless plants that sprang up everywhere, mocking me for my ineffective attempts at controlling them.
In the last post, I also mentioned that the absurd green paint on the driveway would be sandblasted; below are photos of that effort: 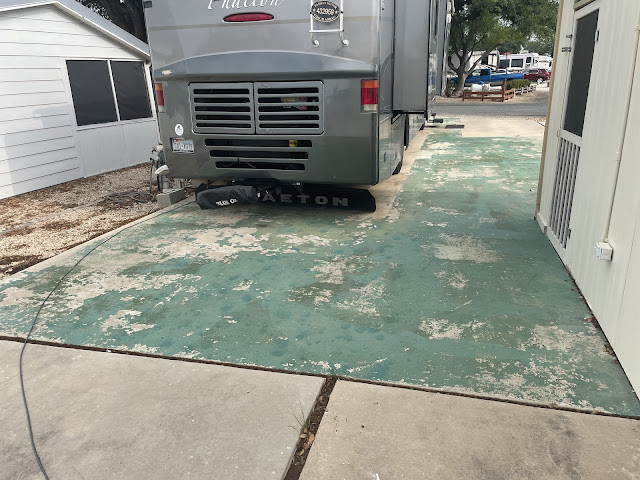 The sandblasting crew was another blow to the treasury, but it has helped curb my overdosing on Xanax: 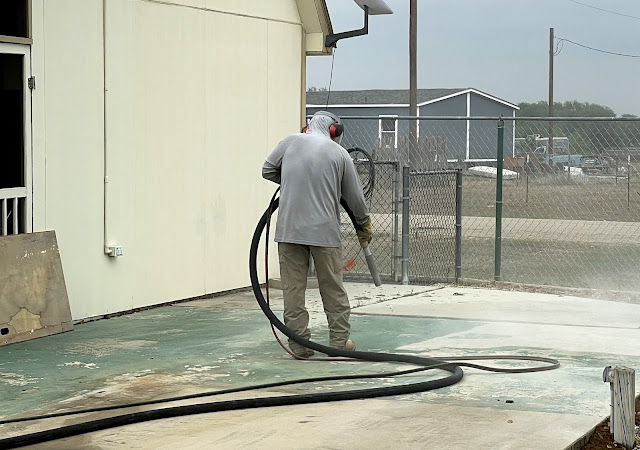 Ah yes, so much better now: 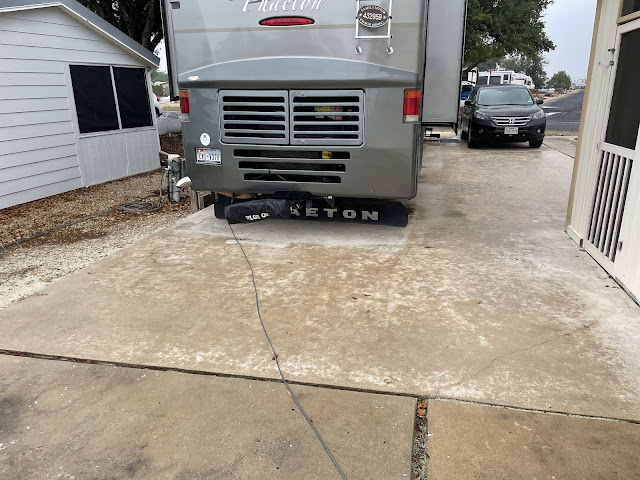 The cable in the photo above goes to a Starlink router inside Phannie. When we return in the fall, this will be redirected inside the cabin, where it will provide Wi-Fi to a new TV, security cameras and the like. Service out to Phannie will then be provided via a wireless network.
After all this, plus a little landscape lighting (see the second photo below), the place is much more welcoming, don’t you think? There are slight differences between this photo and the one in the previous post. (Hint: The wooden fence and the cactus in front of the boulders.) 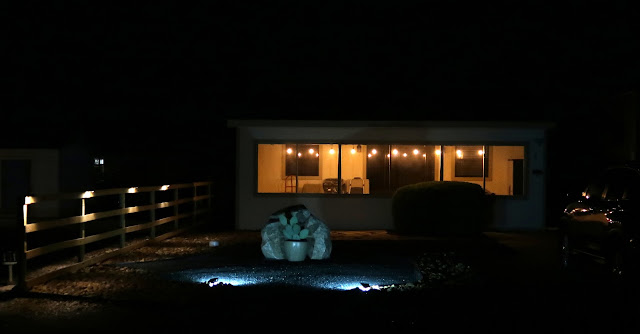 A couple of nights ago, we took time to watch the lunar eclipse and see the phenomenon of the “blood moon.” I took some photos, three of which I’m including here--at the beginning, middle and end of the increasing shadow of the earth upon the moon: 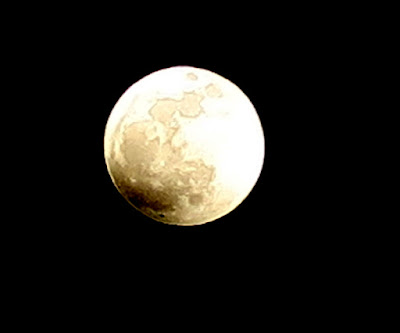 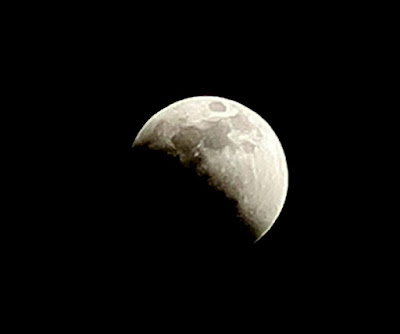 I couldn’t help but wince at the inadequacy of the hybrid legit/digital zoom on my camera, but an upgrade will have to wait a little while until the bank account gets off life support.
Let's see...I guess I could offer my impression of Starlink, now that we've had a couple months' use under our belt: 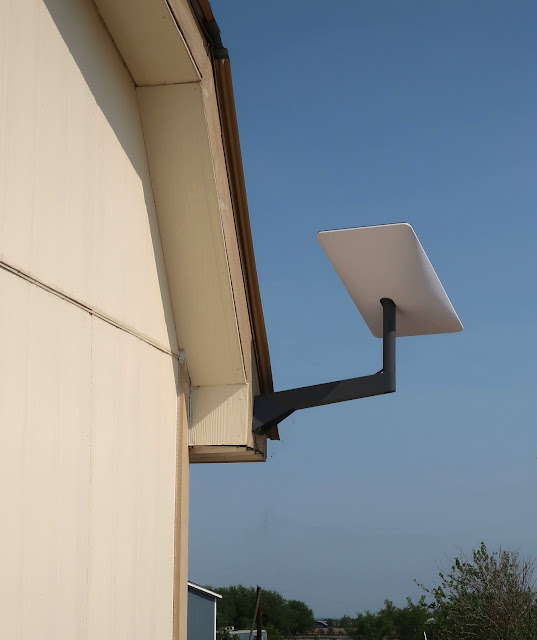 The first question I'm always asked is, "Is it worth $110 per month (plus another $25 if you want to carry it with you)?" Well, yes; but I am a gadget freak, and I am absolutely fascinated with the technology brought about by the genius of Elon Musk. The lightning-fast Wi-Fi speed with no limits is terrific, but probably is a bit of overkill for my use. Do I care? Not really. I had to have it, and there are toys and vices I could have that are more expensive. I'm looking forward to trying it out in Colorado.
And so it goes with our tiny winter hideaway out in the country. There are plenty of good neighbors around, and we have made fast friends with some of them here in the park. Although we could choose differently, we have come to love the simplicity and economy of this lifestyle and have no desire whatsoever to go back to the 'bigger is better' mentality of our past. We only wish we could have learned that lesson much earlier.
We have only a couple of weeks' countdown until we blast off for the summer; look for more posts after that!
Thank you, Lord, for this wonderful life;
please forgive me if I fail to appreciate it each day as I should.
We don't stop playing because we get old; we get old because we stop playing.
---George Bernard Shaw