Sequoia: Can't See the Forest for the Trees

Yes, my posting is a trifle behind; Phannie's little air hose problem sorta threw me off my game. After that experience, we took a day and drove out to Sequoia National Park to see the big trees. 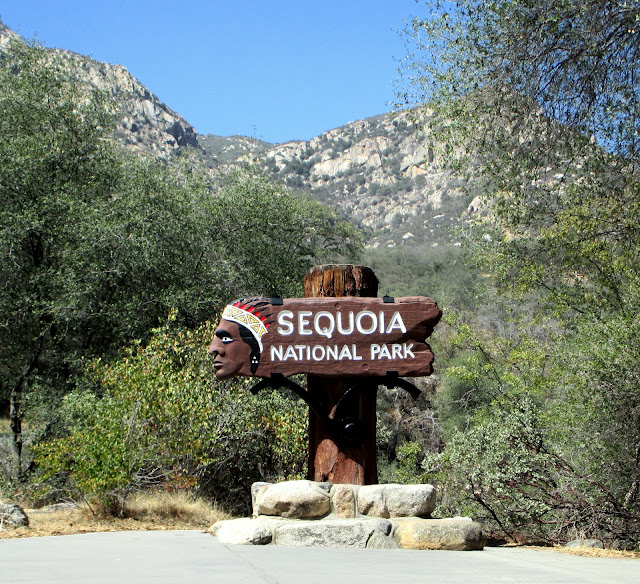 Neither of us had been there before, so seeing these giants was truly amazing. The photos we've seen in books and magazines definitely didn't do them justice.

The star of the park and drawing the most crowds was the General Sherman, the largest living tree on earth. We could not approach the tree, but you can get an idea of its size from the people on the observation platform to the right in the photo.

It's not the tallest, but its record is established by virtue of its trunk volume, estimated at over 52,000 cubic feet. Other measurements are equally impressive: The diameter of its trunk is 36 feet, and it is estimated to weigh over 2,700,000 pounds. At 2,200 years old, it may have been a mere seedling at the time of Christ.

Here is yours truly, standing in a tunnel hewn through one of the smaller sequoias that had fallen: 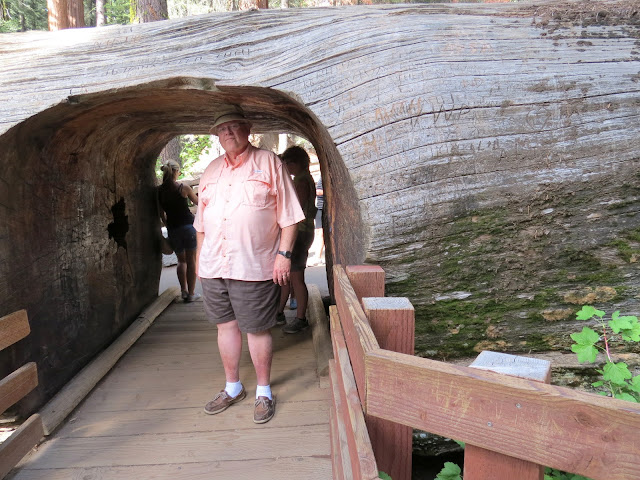 On our way back to Fresno, we stopped at an overlook in King's Canyon National Park, where we saw smoke from one of the many forest fires currently burning in California: 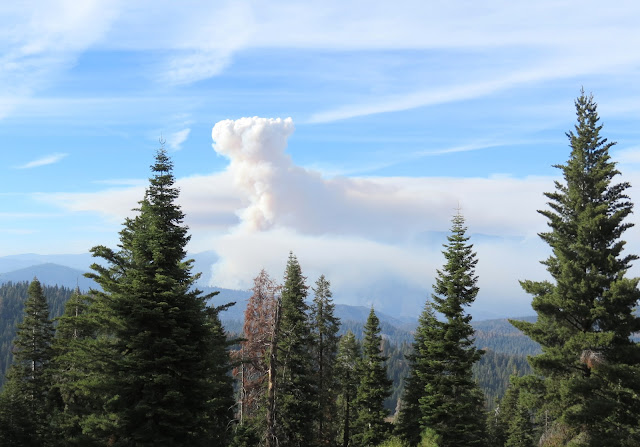 One of the things that struck us here in California is the devastation caused by the long drought. So many of the trees and other vegetation are dead or dying, it is tragic and disturbing. Take a look at all the dying trees in this photo taken between Kings Canyon and Fresno: 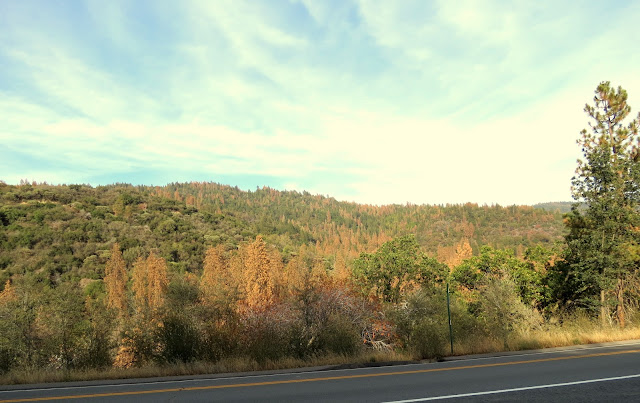 Of course, this post wouldn't be complete if I didn't include a photo that I can add to the Oddities and Imponderables category. I don't even know where to begin speculating about this, which we saw near the small town of Three Rivers, California on the way to the park: 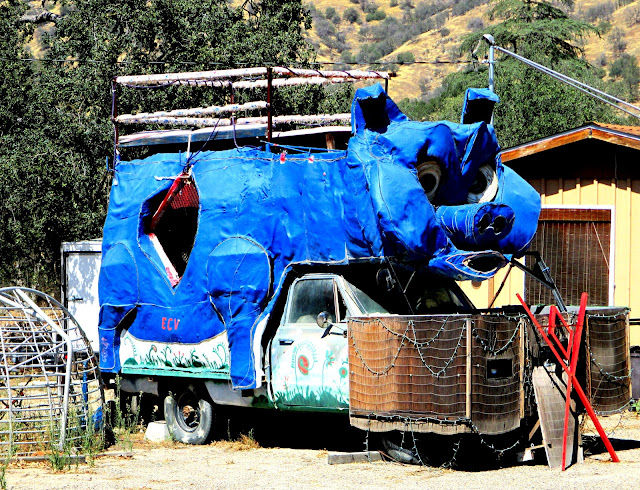 Thank you, Lord, for this wonderful life; please forgive me if I do not appreciate it enough every day.
Posted by Mike Mills at 12:49:00 AM