I know I may be pushing the limits of readers' tolerance for airplane-themed posts, but this part of the country is ground zero for certain events long ago that were highly contributory to my career as a pilot. So, you'll just have to grant me a little leeway, hopefully, as I get this out of my system.

We drove out to McMinnville, Oregon to the Evergreen Aviation Museum, located near the McMinnville Airport and across the street from the office building that housed Evergreen International Airlines, for which I flew as a pilot some 35 years ago. The airline, now out of business, was owned by Delford Smith, a successful aviation entrepreneur who, along with his late son, Richard King Smith, envisioned and built the museum. The star attraction, of course, is the "Spruce Goose," giant wooden airplane designed and built by Howard Hughes at the end of World War II.

I won't go into the long and dramatic story of the historic fabled airplane and its eventual move to Oregon from San Diego, but it is a fascinating one that is easily Googled.

I wasn't quite prepared for the very elaborate and modern campus that houses the winged flight museum, the space museum, an Imax theater and an airplane-themed water park. Here's a look at the buildings: 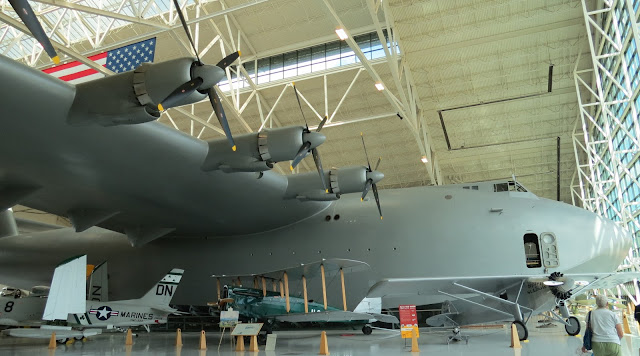 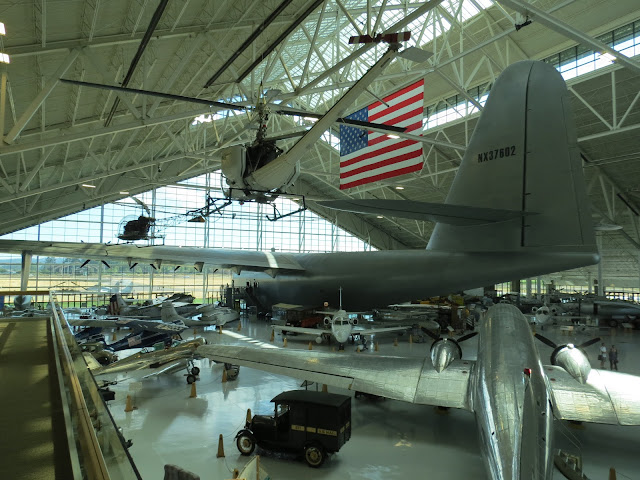 Unfortunately, not on hand was the aircraft I flew for Evergreen, a DC-8-73 freighter, the first large jet transport aircraft I was trained to fly. It was a favorite of mine, and I really wish one had been on display. Here is a photo from the Internet: 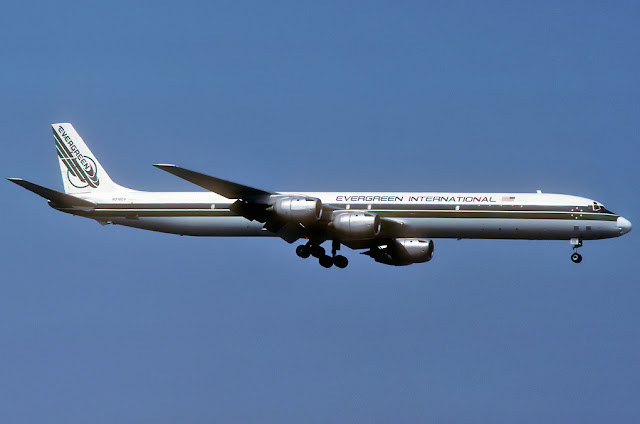 I am including some more photos of airplanes below, but you can ignore them, as I am posting them for my grandsons. These are some of the airplanes that I have flown during my flying career, and Mason is already becoming very interested in airplanes and what his granddad's flying career was like. I have a feeling that Pryce will, too, when he gets older.


﻿﻿﻿﻿
At a later time, I'll add photos of a number of other airplanes I flew, including the DC-9 and Boeing 727, the last two airliners in which I served as captain before retiring. I'll have to dig around in my records to find them, I'm afraid.
I was amazed how many of the types of airplanes I have flown were encountered on this trip. The visit to Evergreen was especially interesting to Sandy, as she had to remain home in Texas during my training in Oregon and had not seen this area that was such a significant part of my career.
Another positive note: The Evergreen museum was not crowded at all, which added much to the enjoyment of the experience. It seems to be a hidden gem of a place and, in my view, it is well worth the drive to visit.
Thank you, Lord, for this wonderful life; please forgive me if I don't appreciate it enough every day.
﻿
Posted by Mike Mills at 2:09:00 AM