The title above is borrowed in part from a line in John Gillespie Magee's sonnet, "High Flight," --perhaps every pilot's most revered piece of aviation-inspired literature. Magee's piece is without equal in its capture of the essence of a pilot's perception of what it means to defeat the gravity that binds us to earth and instead to soar in the realm of eagles where we humans were never intended to go.

Flying was like that for me, and it is, I think, for most pilots. My pilot friend and fellow blogger Ed Dray, whose e-book, "My Journey to the Clouds" I had the privilege to edit, certainly thinks so, as "High Flight" was prominently mentioned therein. (Ed's book is a good read; order it from Amazon or Barnes and Noble.)

I was about eight years old--the age my grandson Mason will turn in a few months--when my parents paid for me to take an airplane ride at the local airport in the tiny town of Center, Texas. I was immediately hooked, and I knew from that moment that I wanted to be a pilot when I grew up. It became an obsession, so much so that it resulted in my obtaining a commercial pilot's license before even graduating from high school. It also allowed me to have a rewarding career in which I was paid for doing something I might have done for free.  (Well, not really, but you get the idea.) Some 15,000 flight hours later, I retired from flying at the age of 49; my last flight was as captain of a Boeing 727 like the one below. 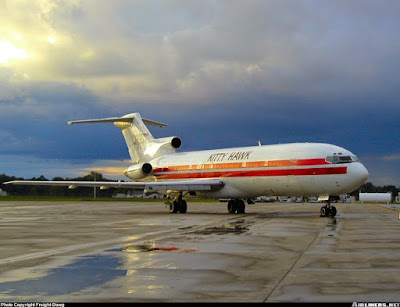 Another career followed, this time with the FAA, and I didn't have an occasion to fly as a pilot again--until now, 20 years later. While camped here near my grandsons, I thought it might be a cool thing for their grandfather to take them flying. Since I'm already a licensed pilot, I need only to reestablish currency, a relatively minor undertaking that I've already begun. Even with all my training and experience, I confess to a little apprehension: Will it come back to me after all these years, like riding a bike? We'll see; this is the airplane to be used. What a change from a 727! 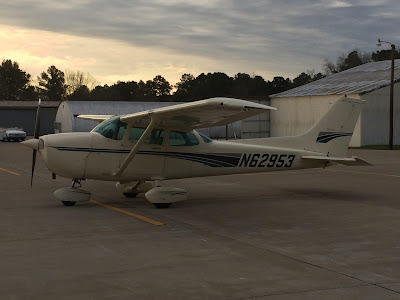 It was a beautiful day here on the gulf coast of Texas, so I tossed some pork chops on the Weber Q and glazed them with mango ginger habanero sauce for dinner. They were just some good! 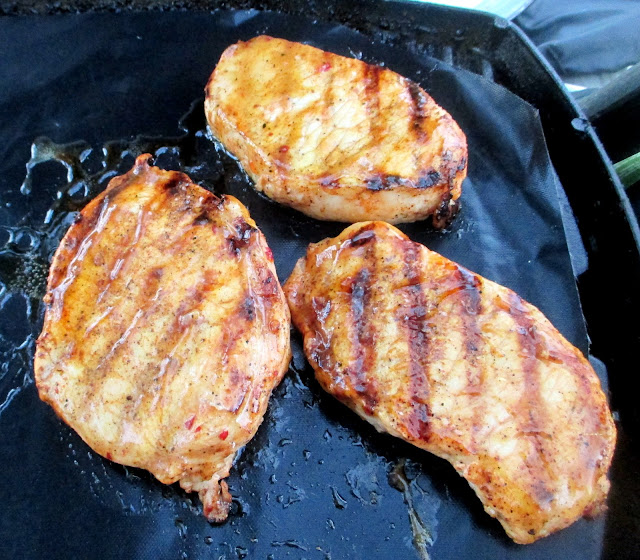 More on this new adventure in later posts.