Hannibal: There Are Things Here Even Older than Ed!

At the Mark Twain Cave and Campground, Hannibal, Missouri...

It was at the much more genteel hour of 11 a.m. when Ed and Marilyn strode down to where Mae was parked for our departure on today's adventure. Ed guided me expertly to the historic downtown area of Hannibal and, with the extra sleep this morning, I was able to do important things like process information and recognize the people in our car.

We were concentrating on the historic street where Samuel Clemens spent his boyhood, including the family home and the storied white fence of Tom Sawyer's: 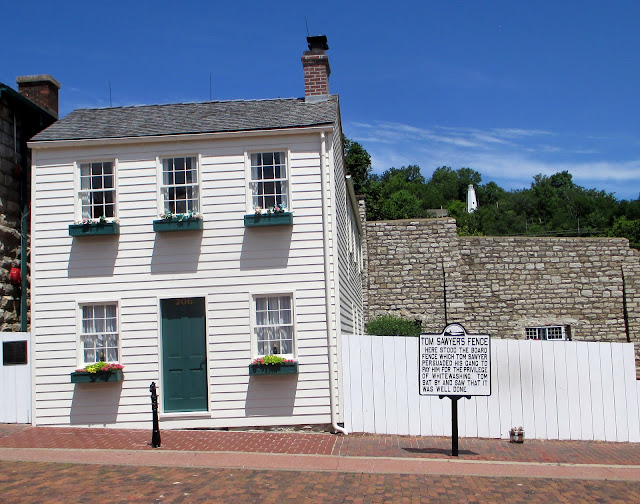 Across the street was Samuel Clemens' father's office: 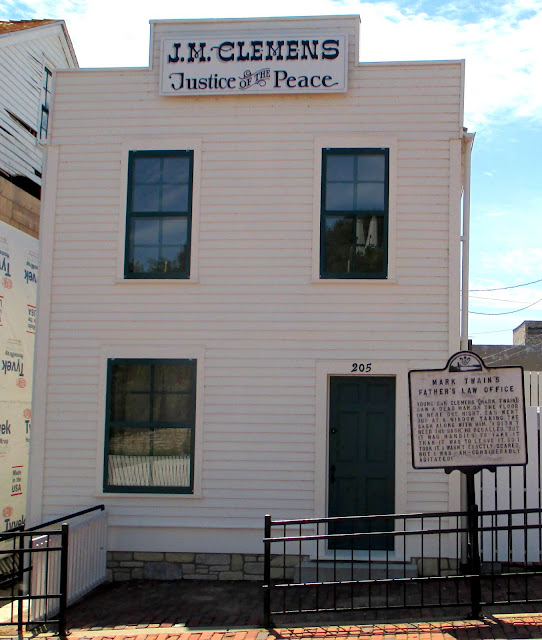 Next door to this was the house belonging to the wealthier Hawkins family whose daughter, Laura, was the inspiration for Tom Sawyer's love interest, Becky Thatcher: 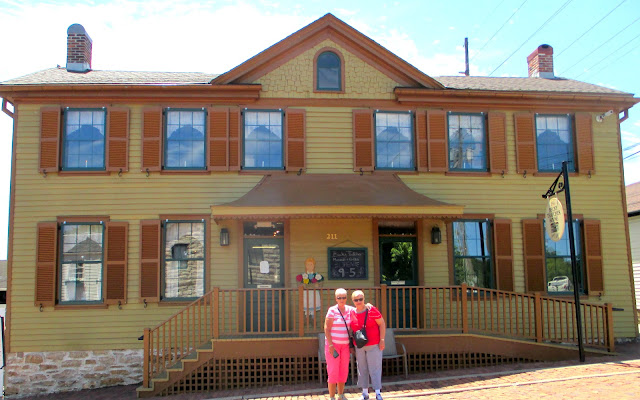 Nearby was the ramshackle house of the ne're-do-well Blankenship family, whose offspring, Tom Blankenship, was the inspiration for Huckleberry Finn. 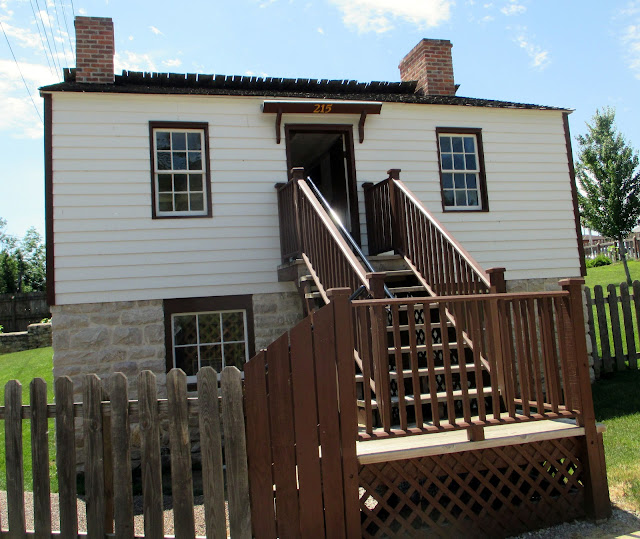 All of these edifices have been lovingly restored, and the visitor center and museum have inexpensive interpretive tours that are fascinating. There was so much information that I didn't know; the books I had read so long ago seemed to come alive for me here. After seeing all this, I vowed that I would read the books about Tom Sawyer and Huckleberry Finn again soon.

After lunch downtown, Ed took us on a private tour of the Mark Twain cave that was prominently mentioned in Clemens' story of Tom Sawyer. 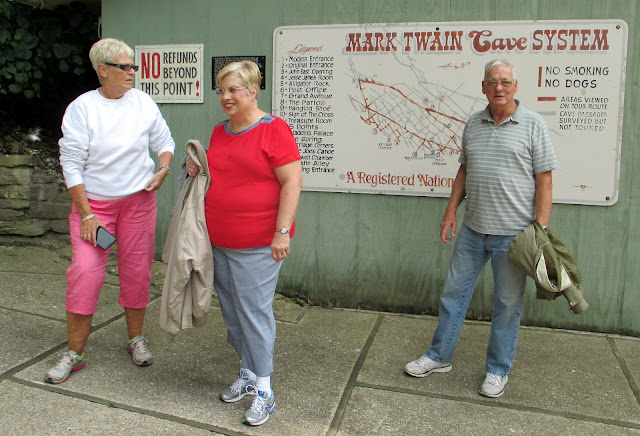 Ed works part time as a tour guide in the cave, and I must tell you that his knowledge of the cave and the lore surrounding it was something to behold. We found ourselves captivated by his knowledge of the geology and the detailed stories he told about the history of the cave. His flawless delivery of the talks at each spot had the desired effect, keeping us transfixed and sometimes feeling a little creepy. At one point, Ed partially told a cave story, purposely leaving the ending in suspense until later in the tour. This was painful for the ever-curious Sandy, who told Ed, playfully, to speed up the tour so she could find out how the story ended. There were stories of love, death, fear, criminals, hideouts, treasure, discovery, escapes, bats, ghosts, dead bodies and everything else imaginable in this limestone labyrinth formed over a period of 300 million years. It was an epic adventure--masterfully presented by Ed--and we felt very fortunate to have him as our guide.

Following are a few pics from our tour: 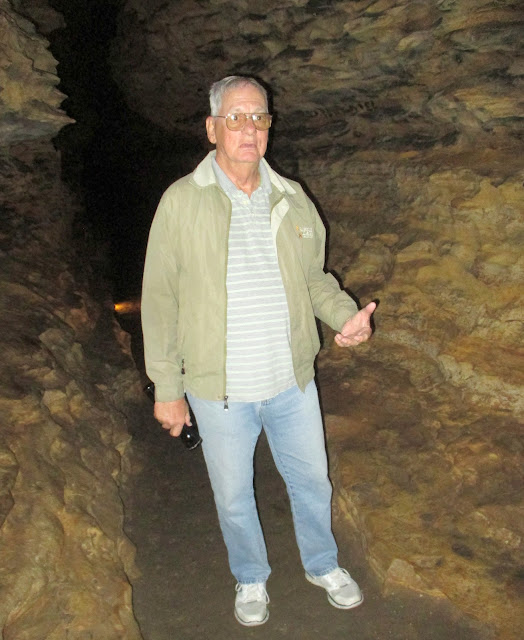 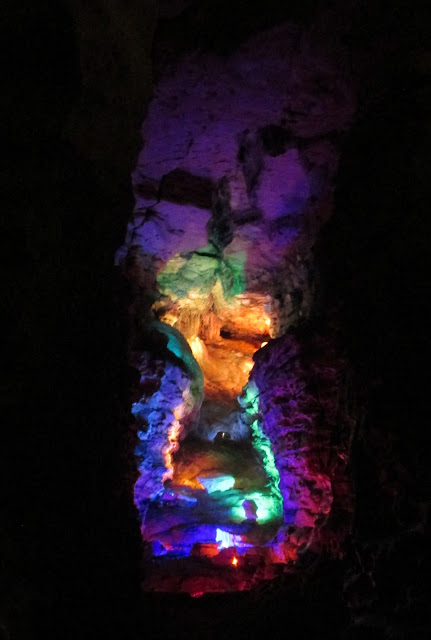 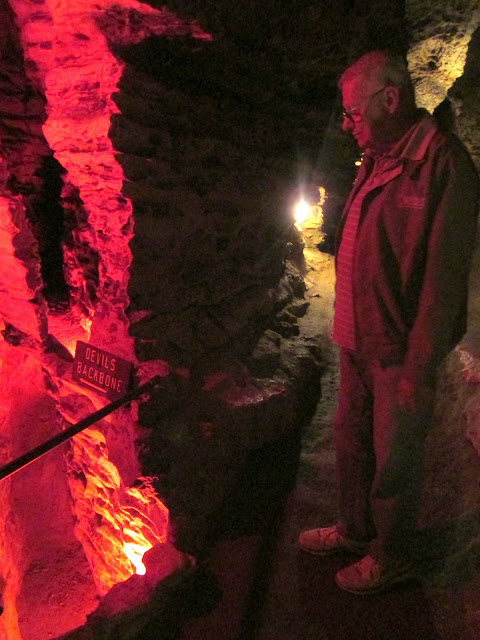 So we reluctantly leave Hannibal and these good friends behind, perhaps not seeing everything this historic place had to offer, but having plenty to remember until the next visit. Our thanks to you fine folks for showing us such hospitality.


Thank you, Lord, for this wonderful life; please forgive me if I don't appreciate it enough each day.
Posted by Mike Mills at 1:02:00 AM