For some reason, we had managed to omit a visit to Nashville in all our travels, so we thought there was no time better than when we were this close. So, after Charleston, we pointed Phannie northwest and made for Music City.

The trip through the Smokies was beautiful, as always, and our arrival in Nashville was not unlike the approach to any large metropolitan area--many miles of freeway travel amid a flood of traffic that didn't seem to diminish regardless of the time of day. Yes, Nashville has become a big city of over a million souls. According to those who should be in the know, each day brings to the city a hundred more new inhabitants seeking fame, fortune--who knows what?

The close-in RV parks were jammed, but we were able to find a spot about 20 miles north of town in Goodlettsville at the Nashville North KOA--quite an adequate park with very nice people in the office.

Our plans for touring Nashville brought a degree of indecision that was quite unusual for us. The reason for this, I suppose, was that we are not exactly fans of what passes for country music today. We rather like the old classic country but, alas, that seems to have gone the way of the dinosaurs--perhaps because the old country stars have, well, died off.

Our affection for the older songs and their singers never was what you would call rabid, however, so our desire to tour the main attractions--the Grand Ole Opry, the Ryman Auditorium and the Country Music Hall of Fame, was tepid, at best. Upon taking a bus tour of the city, we saw these attractions but simply couldn't muster the enthusiasm to go back and get up close and personal. We were also turned off by the throngs of tourists who apparently had mustered the requisite level of interest, so we just decided not to impede their progress by inserting ourselves into the mix surrounding those venues.

The press of touristas was even greater downtown on Broadway, where dozens of bars and food emporiums host countless live, guitar-picking troubadours, serenading too loudly, in our view, the customers while waiting to be discovered. That is just not our scene, so we stayed far away.

So, if you don't like country music, what is left, you may ask?  Well, that's sort of the dilemma we were facing. We decided instead to visit the Hermitage, home of Andrew Jackson, which seemed entirely fitting after our history-filled visit to Charleston. The old Jackson mansion, built in the 1820s, sits on about twelve hundred acres and has been masterfully preserved. The docents provided a rich narrative as we walked through the stately old house. We found this tour very interesting and learned a lot we didn't know about our seventh president. Perhaps the most interesting is the common comparison of Jackson with our current president, complete with a marriage scandal and a swashbuckling leadership style. His history is readily accessible on the Net.

Here's the front view of the Hermitage: 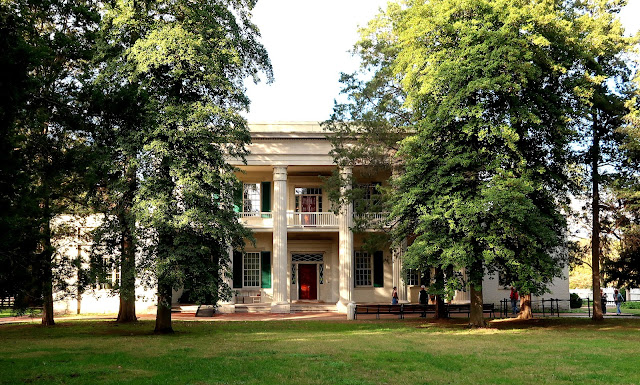 Here's the Jackson dining room as an example of the interior: 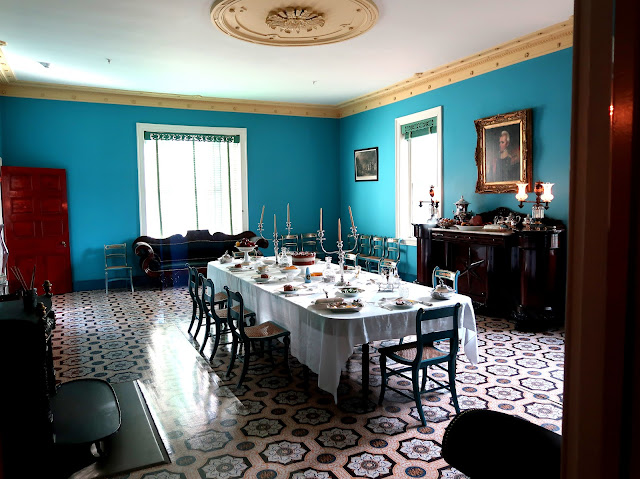 Jackson's tomb is also on the property: 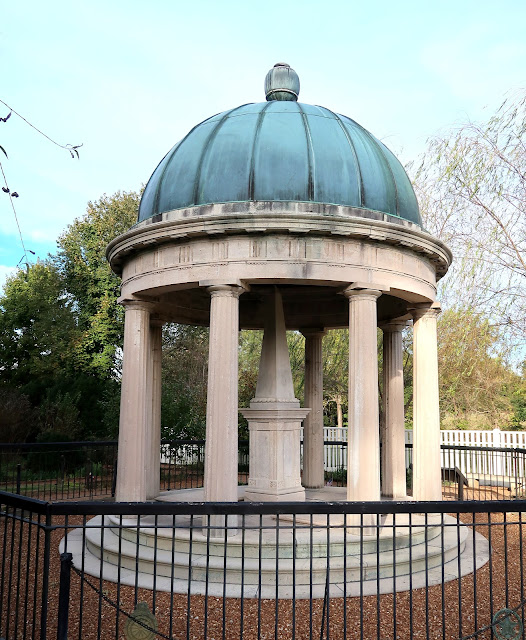 We thought our bus tour of the city was quite worthwhile. One of its stops included the old train station, which is now a hotel. We find fascinating the grand old train stations, and we've visited quite a number of these: 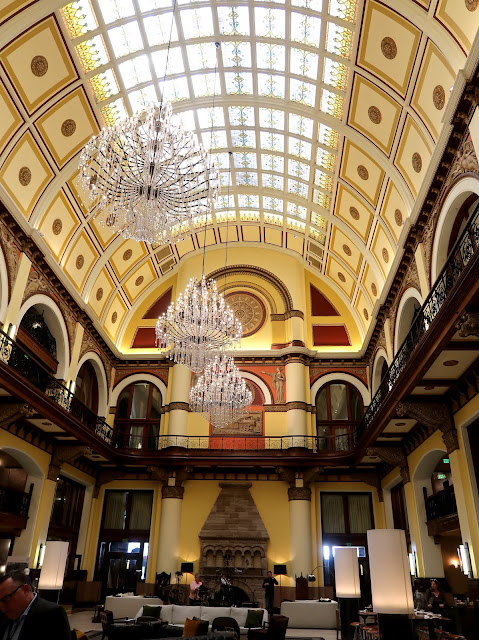 We were going to visit the Parthenon and some other historic sites, but we cut short our visit to Nashville by one day in order to miss the forecast rain that we would incur on our travel day to Memphis had we not done so.  Normally, we would just have waited it out, but we have doctors' appointments in Dallas and have to maintain a schedule, something we don't particularly enjoy here in our retirement freedom mode. So, anything we missed will have to wait until next time.