Part of our last day in beautiful Estes Park was spent taking a look at the historic Stanley Hotel, a magnificent white Georgian edifice overlooking the city. 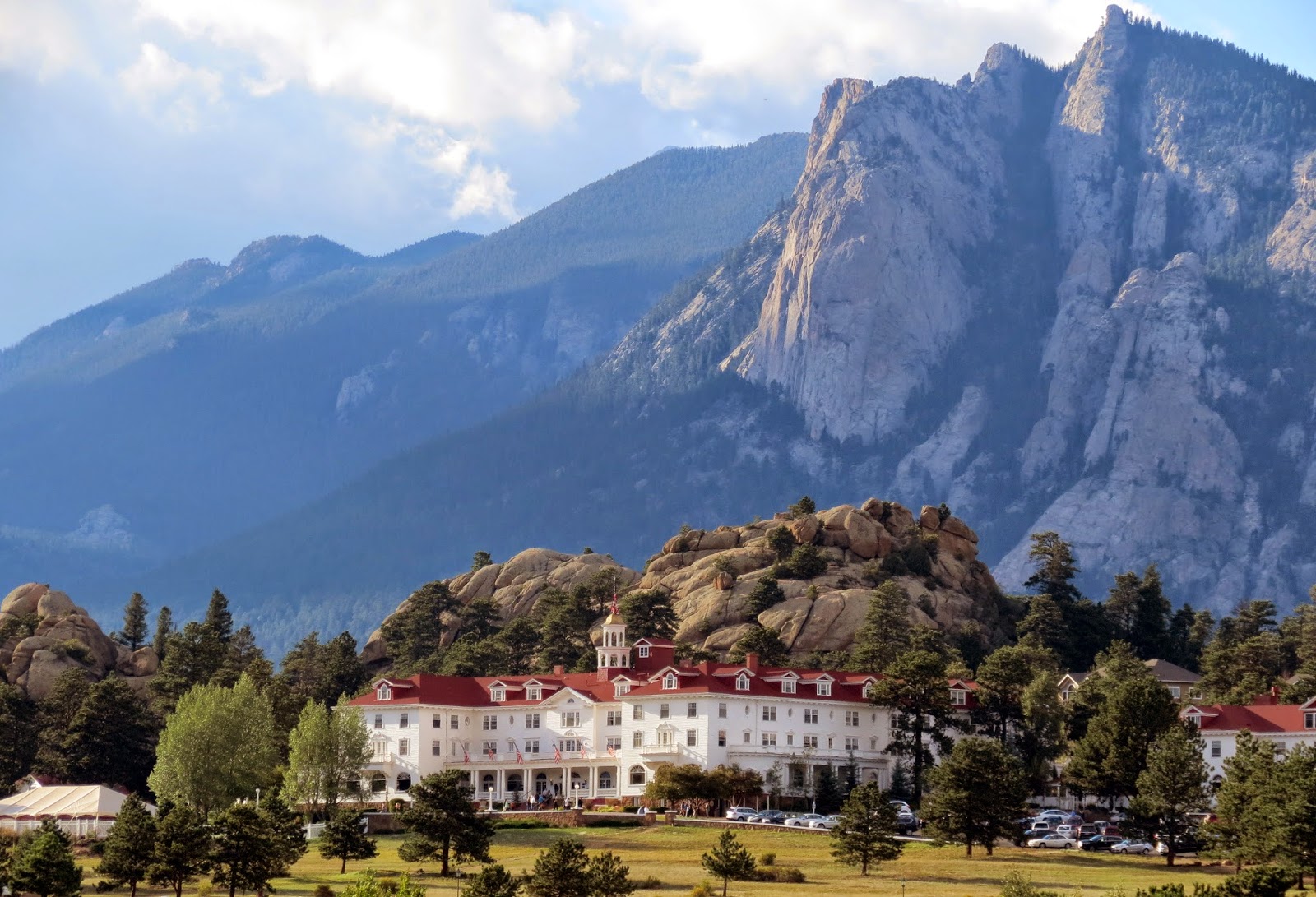 (Sorry, but I was so pleased with how this photo turned out, I confess to re-using it; you might remember it from an earlier post.)

Built in 1909 by F. O. Stanley, who was instrumental in building the Stanley Steamer automobile, the hotel is situated in one of the grandest settings imaginable, within view of Rocky Mountain National Park. It has hosted heads of state, including Theodore Roosevelt and the emperor and empress of Japan, as well as countless celebrities. Stanley, who had developed tuberculosis, moved to Estes Park on the advice of his doctor to move out west.  His health improved, and he fell in love with the area, building the hotel because of the lack of amenities found there. He was also instrumental in the designation in 1915 of Rocky Mountain National Park.

Here's a closer view of the front of the hotel:

A view from the rear: 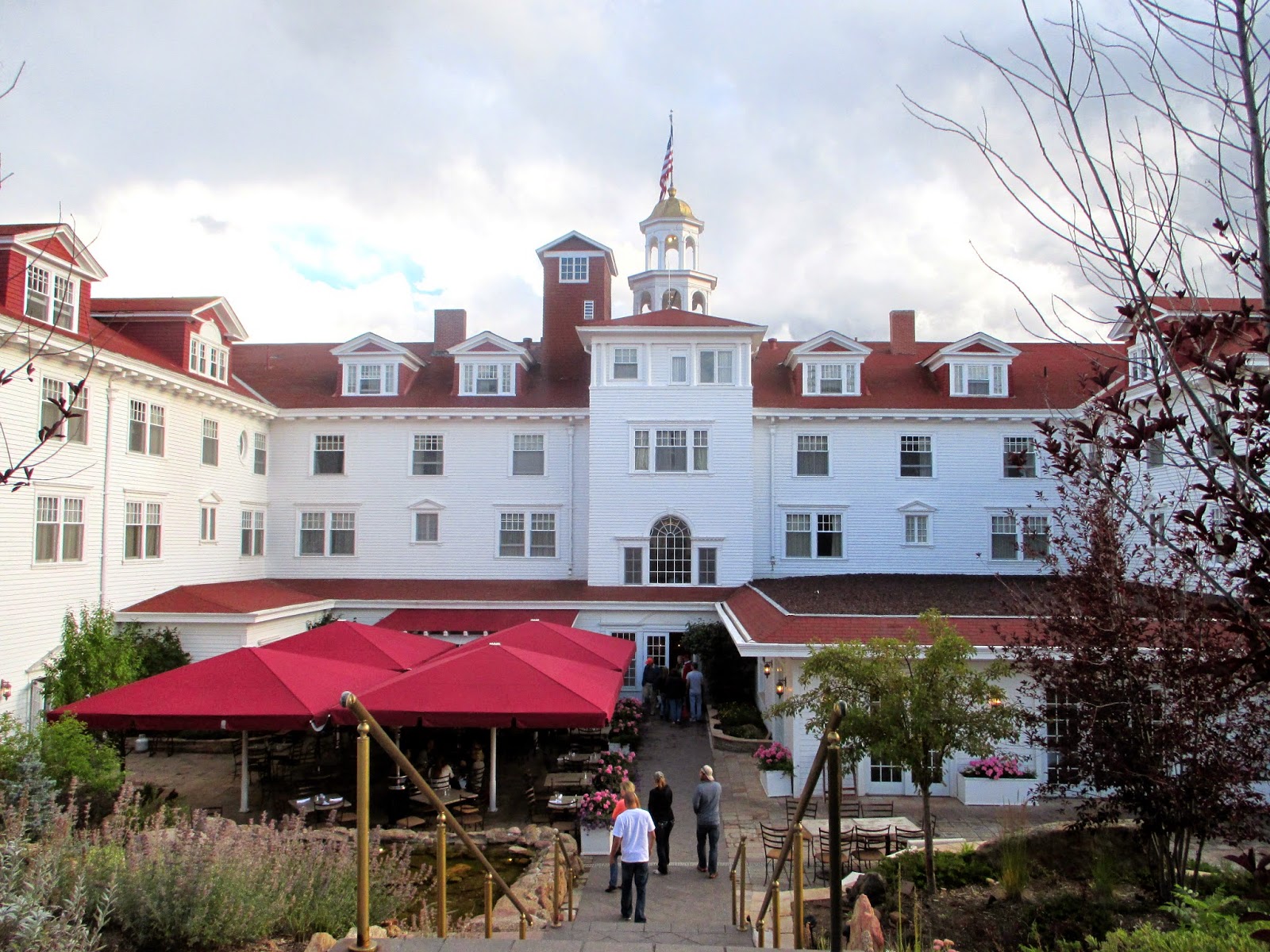 Inside the lobby is an original Stanley Steamer automobile: 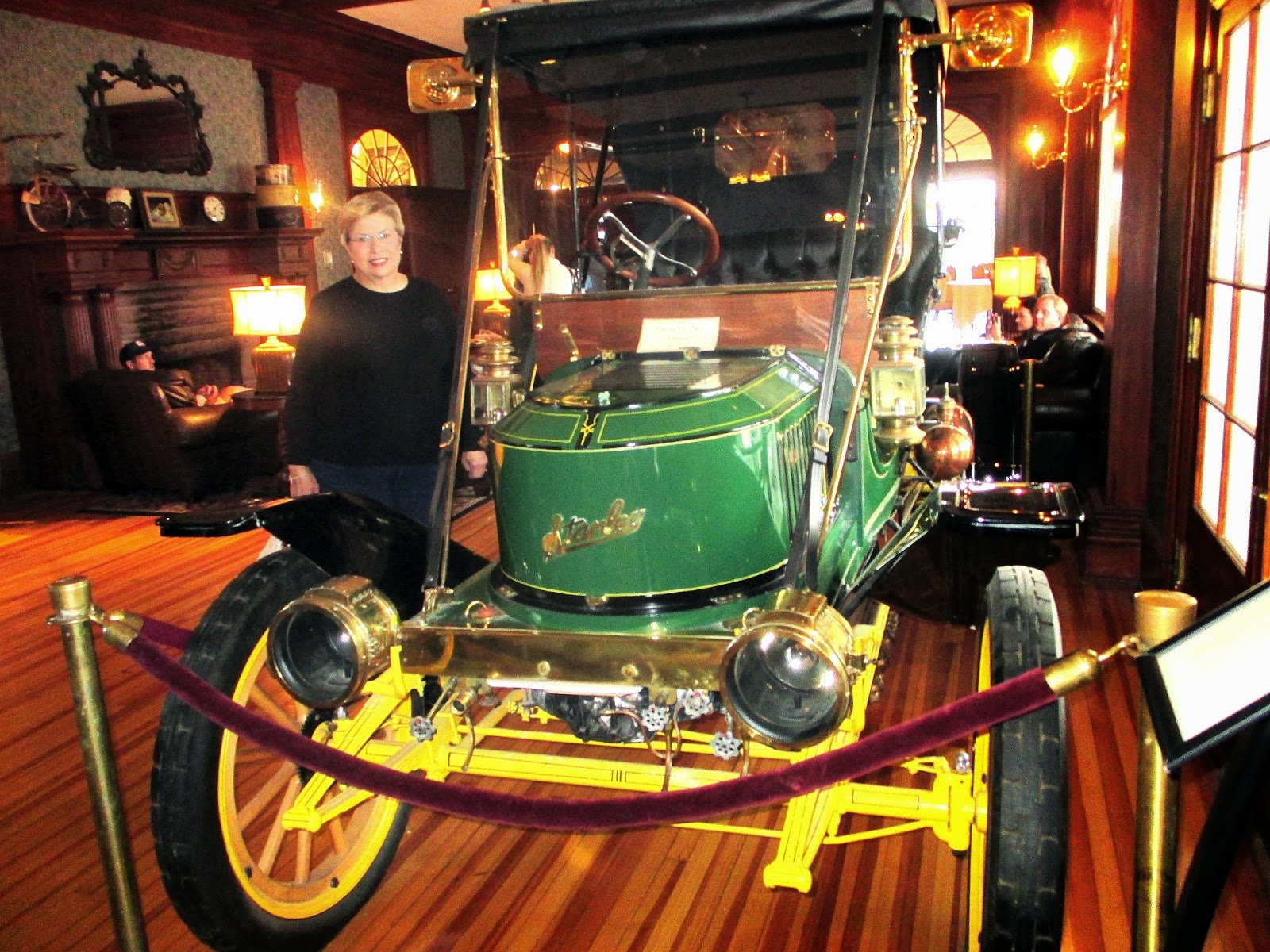 Inside the original Otis Elevator installed in 1909; (Note the now-disabled operator's lever on the left; the automated control panel on the right was added much later): 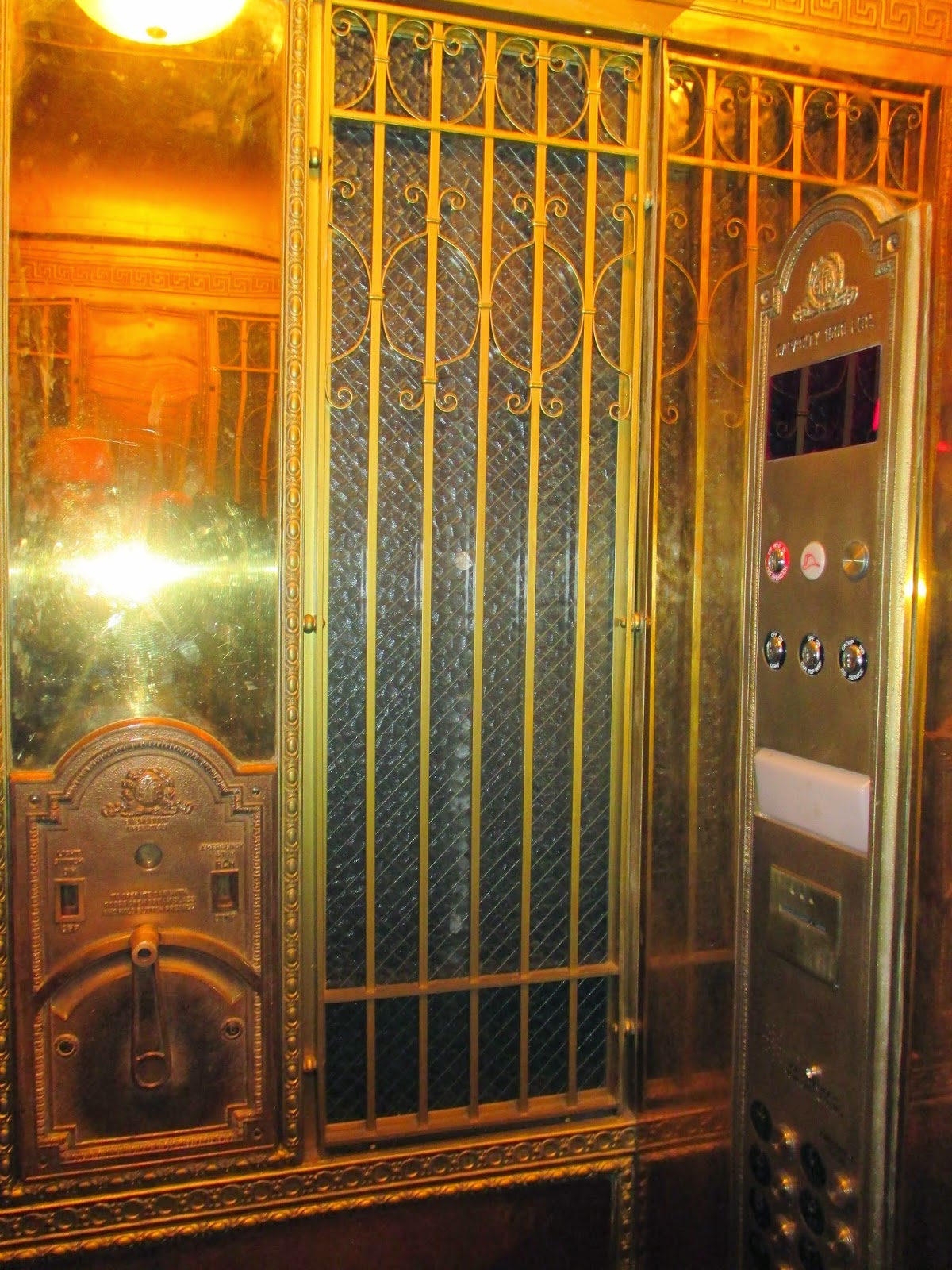 Beautiful woodwork adorns he next two photos showing the lobby and the registration desk: 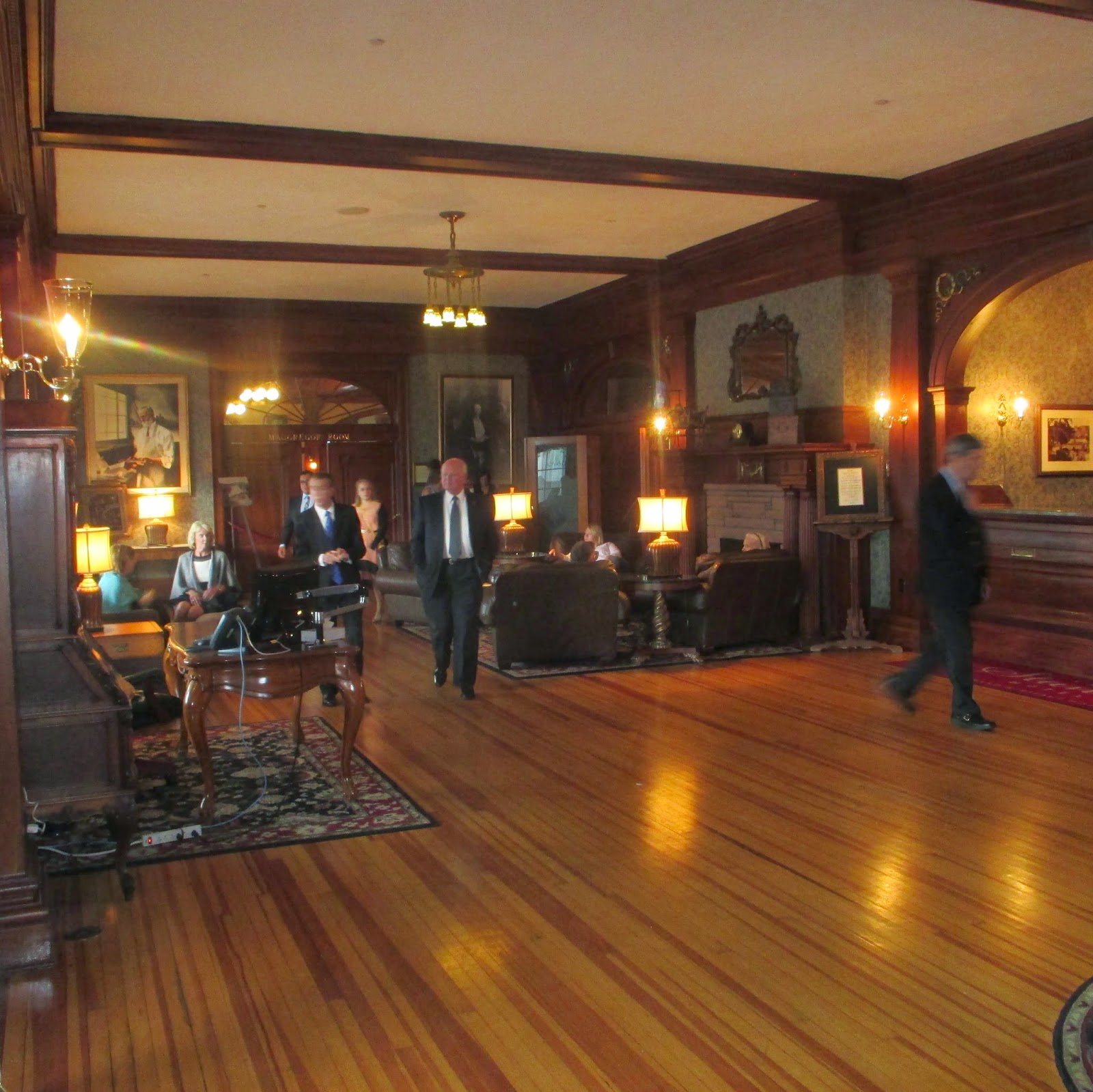 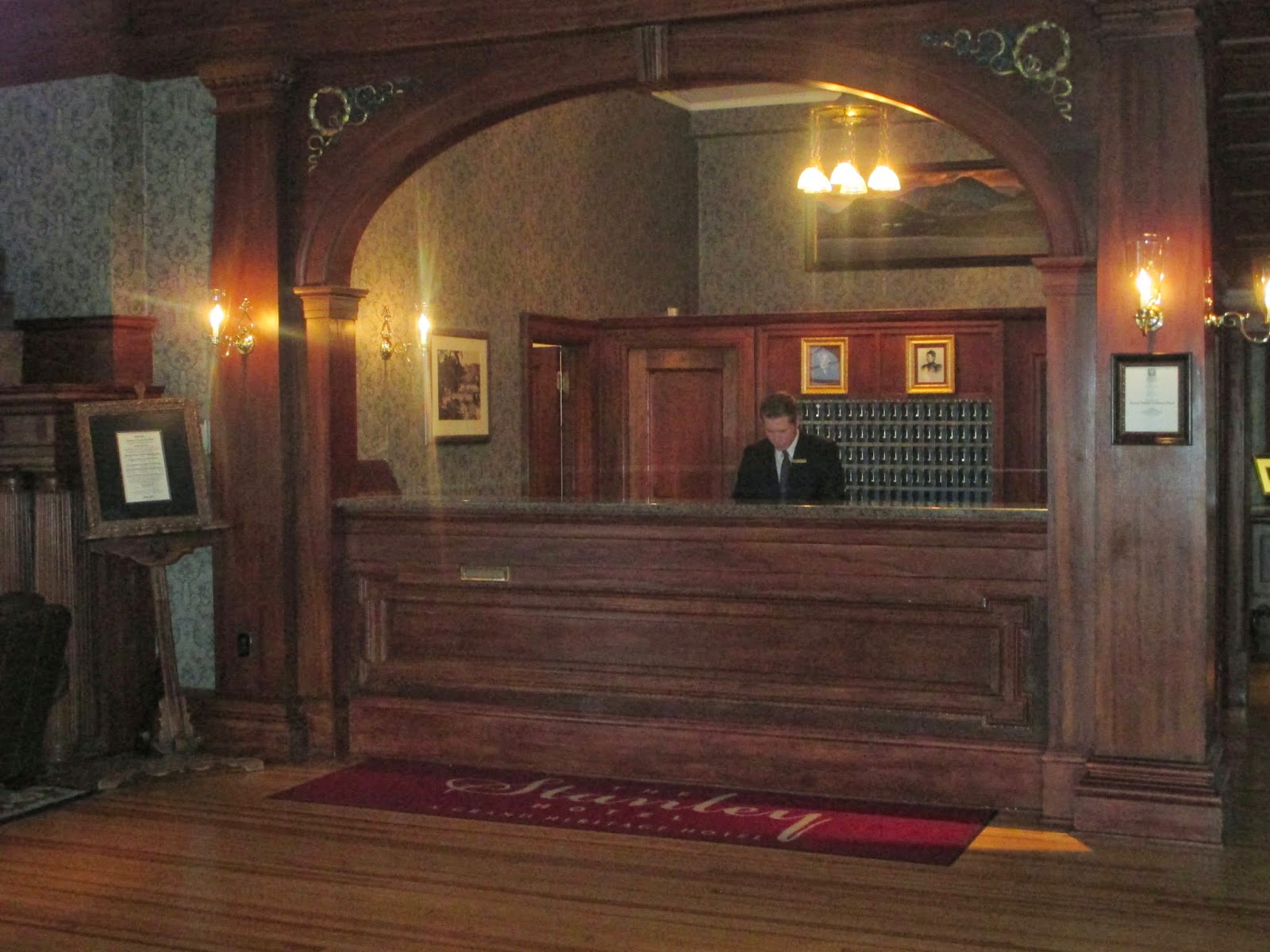 A grand staircase leads to the guest floors: 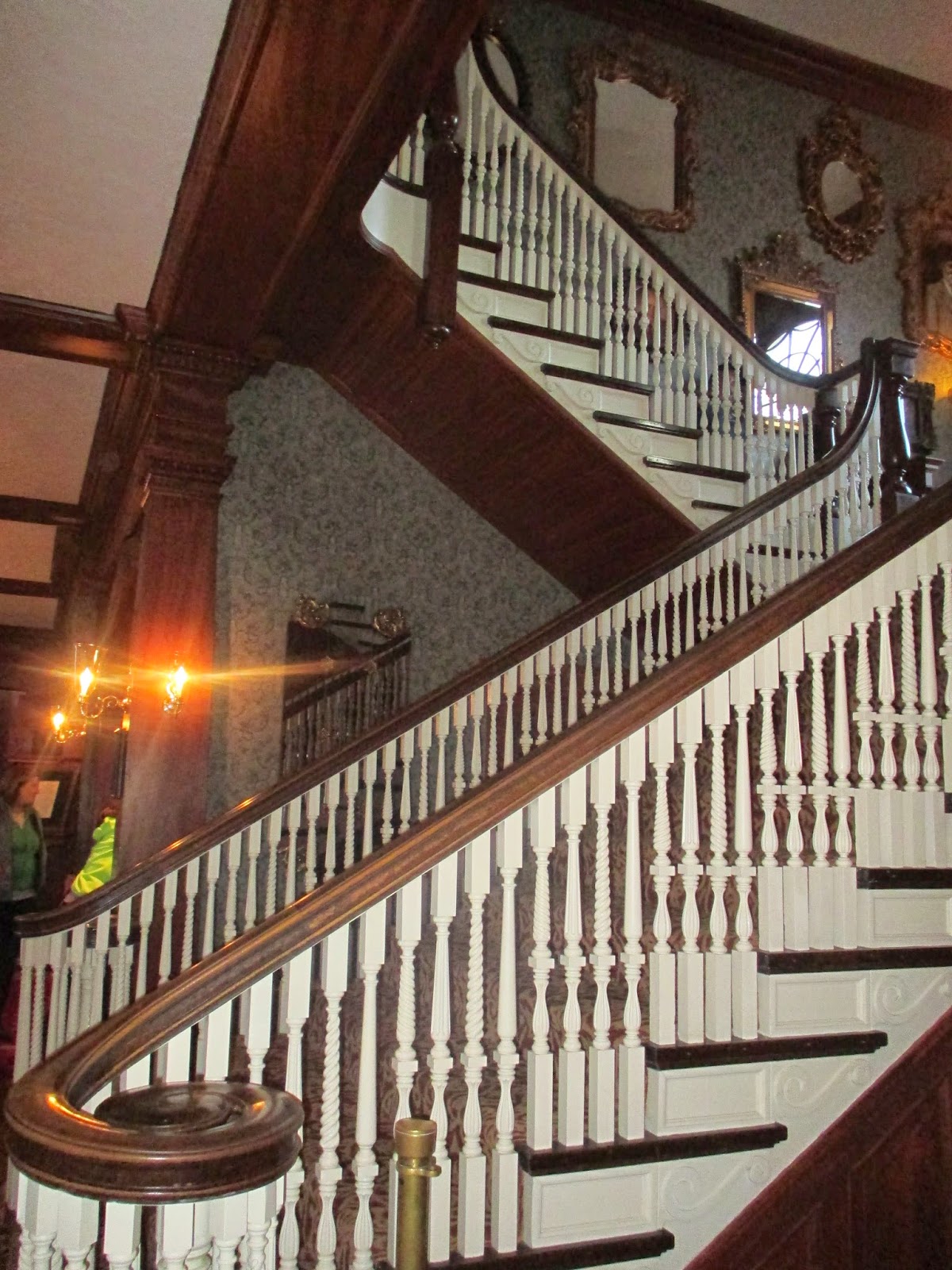 On the verandah, Sandy looks out over the grounds: 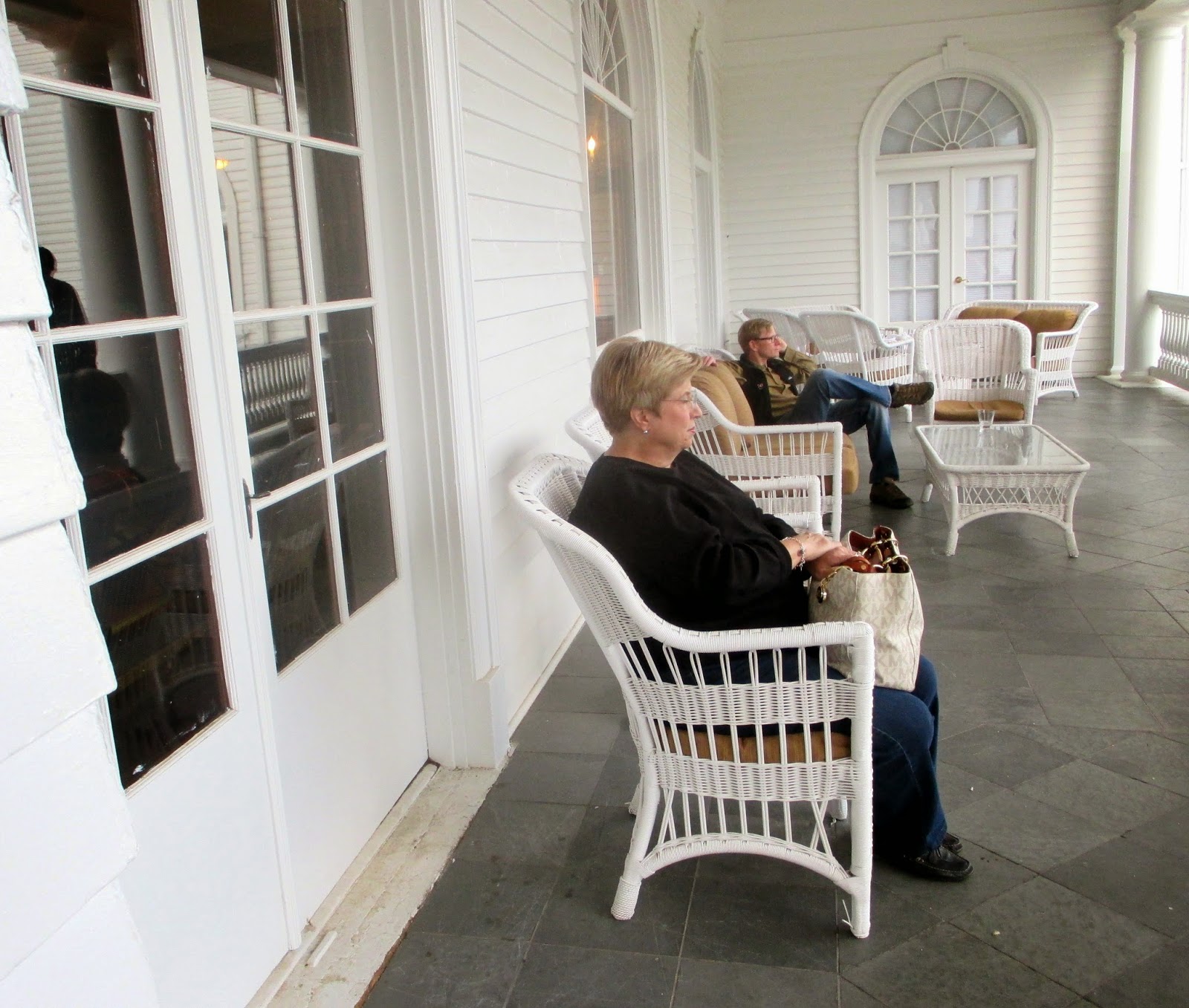 And what is she looking at so intently on the grounds below?  Why, it's the largest wedding party she has ever seen, posing for photos after nuptials. (If you are having trouble counting, there are 14 attendants and 14 groomsmen in the photo, plus ushers and others in the wedding party.)

As we say goodbye to Estes Park and RMNP, we must tell you that we have throughly enjoyed our time here--so much so that we are putting this on our list of places where we could settle or, at least, spend a lot more time in the future.

As if to sign the magnificent canvas of His mountain landscape here in Estes Park, God gave us a glorious sunset on this last day which I had the good fortune to capture on camera just for you: 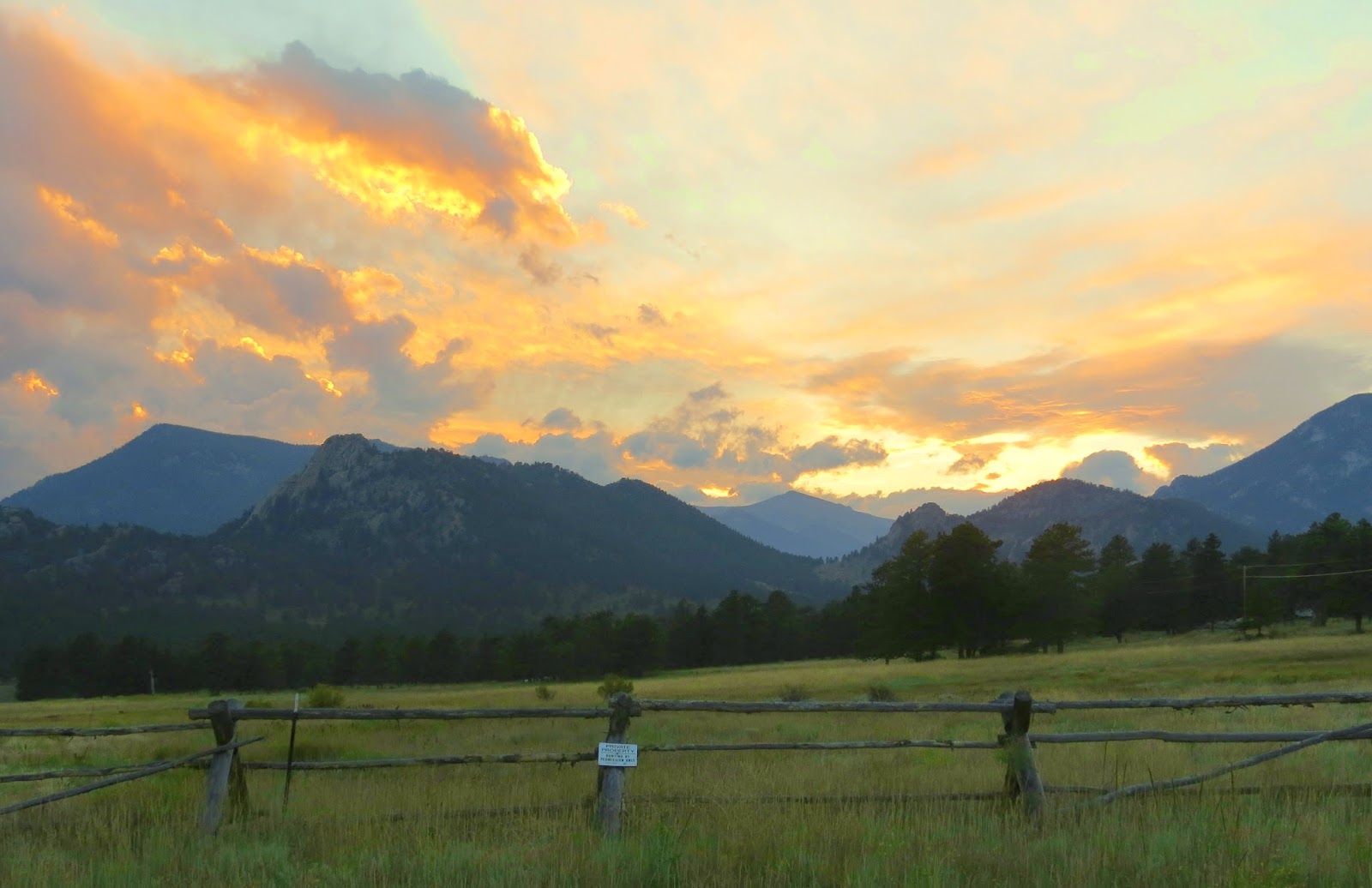 For those who have asked about the cameras I use, you may be interested to know that they are hardly professional quality. The first and last photos in this post were shot with a Canon SX-40 from a long distance, using the built-in 40X telephoto lens to bring the scenes closer. The others were taken with a small Canon PowerShot pocket camera, using its optical zoom heavily to compose photos. I don't try to use fancy camera settings, as the "auto" setting of the cameras is so much smarter than I am. If there's any secret I would share, it is the easy photo editing features of Picasa, which I use heavily to bring out the best effects in the photos.
Posted by Mike Mills at 1:02:00 AM