It looks like I'm almost caught up now, even though we've moved on from Salt Lake City, but I need to tell you about our short time there. Since we had visited several times before, Larry and Carolyn, our wonderful traveling partners, wanted to go there, but they tried to talk us into skipping it because of our several previous visits. Since we were going to part ways there, we couldn't miss it, of course, because we always have a lot of fun together, and we wanted to take advantage of their company as long as possible. Besides, we know the city pretty well, and we felt we could take them to some interesting places.

Our first day was a down day to just rest up and catch up on laundry. Larry and Carolyn did go out on their own downtown to catch some of the sights. Unfortunately, the Mormon Temple is undergoing a massive renovation, so they didn't get to see much of the grounds that surround it or the tabernacle. Furthermore, because of the virus, they weren't able to attend a rehearsal of the Mormon Tabernacle Choir, so we were sorry they didn't get to see everything we did on previous trips.

This is what they missed: 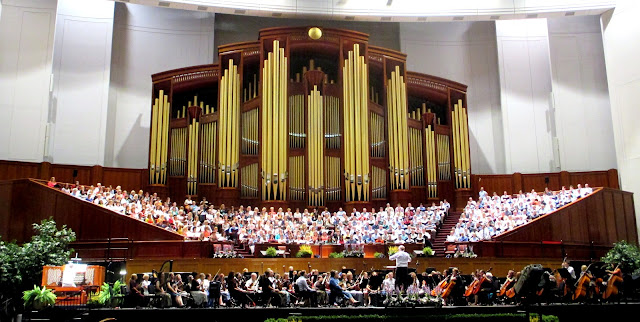 Photo from a previous trip

We were able, however, to accompany them to the visitor center at the Great Salt Lake--a must see, since it was their first time. Even though Sandy and Carolyn were both suffering from mobility problems, I was able to coax them to go down to the water's edge with Larry and me and take a sniff. (If you've been there, you know what I mean.) 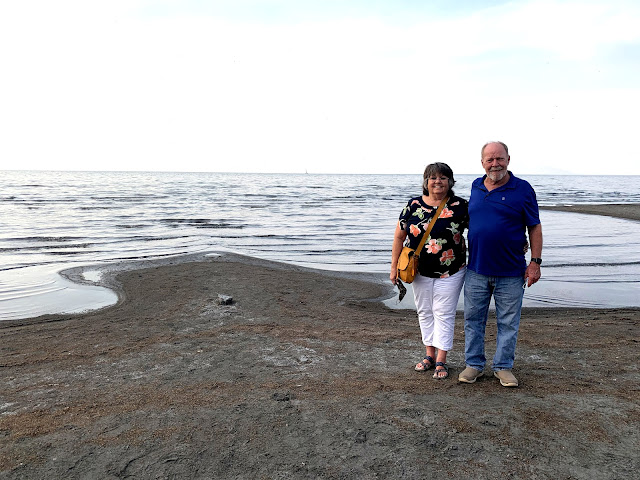 I think they enjoyed learning about the Great Salt Lake and its unique history. They didn't choose to go swimming, however, even though the lake is so salty, it's buoyancy makes it almost impossible for a swimmer even to submerge. After gathering a few souvenirs for our grandkids, we went downtown to a restaurant to celebrate Sandy's birthday.

The next day, we took them on a long ride past the north end of the lake to Promontory Point, the place at which the transcontinental railroad joined for the first time in 1869.  Fortunately, the replicas of the old locomotives had been brought out to their respective positions on that occasion, and we took some photos that we didn't get to include in our previous post, which I urge you to read if you wish to know more about this historical event. It happens to be one of my favorite posts, by the way.

Here are the locomotives, positioned approximately as they were in 1869:

Below is a closer view:

And here we are, standing on the last tie laid (the varnished one) in the photo below. There's more about this in the post whose link I've placed above, which we hope you'll check out. In that post, I discuss the incalculable importance to the country of this moment in history. Not many people know that at the same time the tracks met, the first transcontinental telegraph line was also connected. It was nothing less than, at last, the uniting of the country in these two incredible and simultaneous events. There was great celebration across the country at the time. Yet, as important as it is, this park is one of the least visited in the U. S. It almost saddens me that so few seem to recognize the magnitude of the history that was made here. 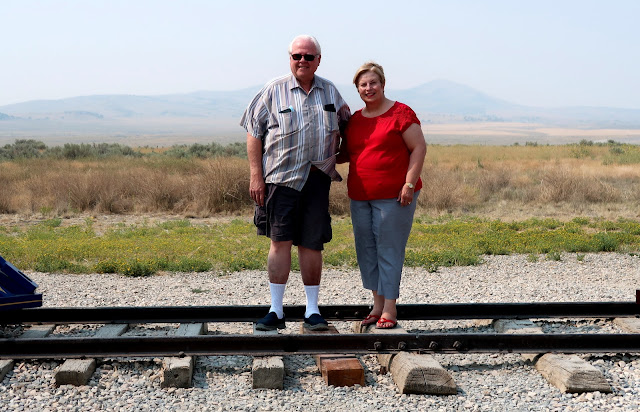 We couldn't leave Salt Lake City without checking out the old Union Pacific train station which, as you know, I find fascinating: 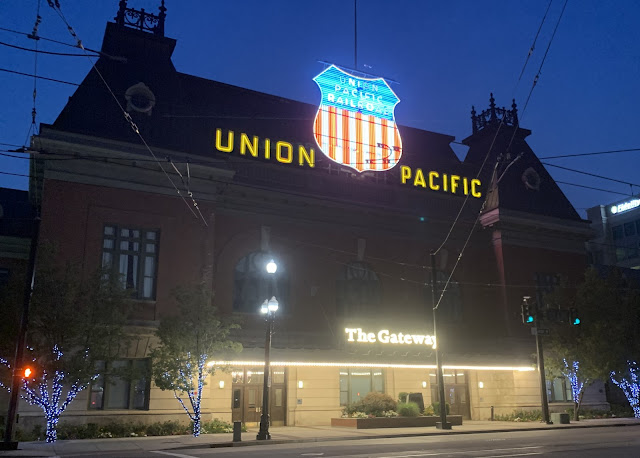 The city had done a good job of preserving the old station, and the inside--now a great gathering hall with all the benches removed, was splendid, indeed. I love the mural painted on the far wall. Notice the ticket booths on the left side of the photo: 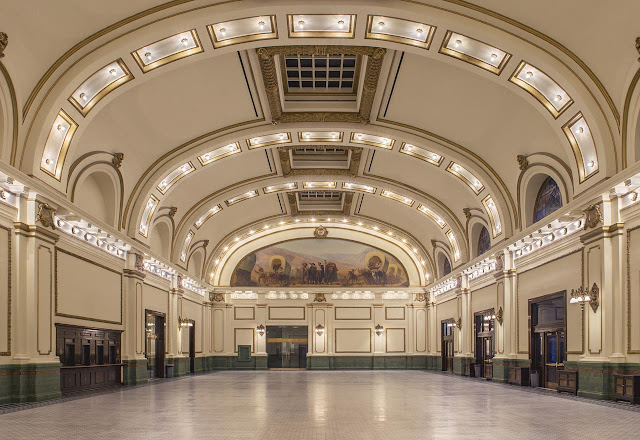 And so we say goodbye to Larry and Carolyn and the million laughs we've had since we met up in Colorado Springs. They are the perfect traveling pals, and we hope to see them again soon. 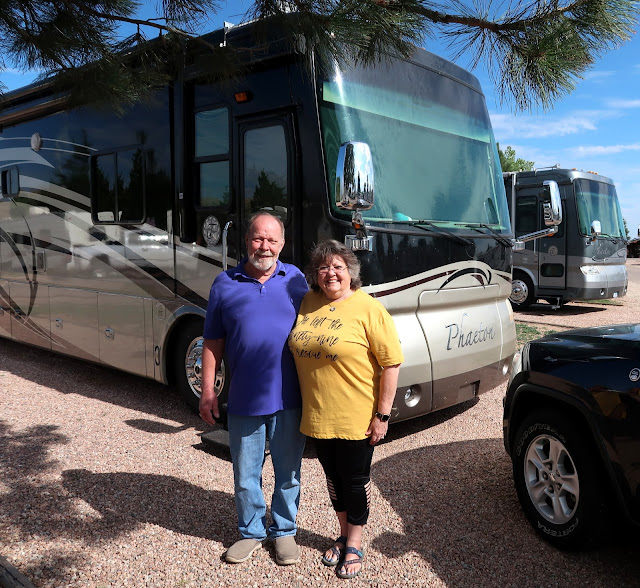 From here in Salt Lake--well, you sort of know where we're headed, because we're already there, and that's from where I'm writing this blog post--Mountain Home, Idaho. Mountain Home is sort of a two-bit town, but it's not far from Boise, which is a city much more to glampers' liking: good shopping and good restaurants. We've already been up there once, and we'll be going again before we leave for...(drum roll, please)...Pasco, Washington. That's just another interim stop, however; we can't yet reveal where we're ultimately heading, lest you stop reading! Pasco is where we're settling in for the Labor Day holiday; we were lucky to get a spot there at the KOA during that busy time. We'll be leaving this beautiful park here in Mountain Home in a few days, so stay tuned as we head out again soon!
Thank you, Lord, for this wonderful life;
please forgive me if I fail to appreciate it each day as I should.
We don't stop playing because we get old; we get old because we stop playing.
---George Bernard Shaw