Seeing Edgewood, New Mexico in our rearview mirror was a relief (see the previous post). I eased Phannie onto I-40 and set the cruise control on 62 mph, the old gal's sweet spot. The tranny doesn't shift into sixth gear until 57 mph, so that gets her a little cushion against downshifting while maximizing her fuel economy, if you could call it that.

I chose a somewhat longer route to Cortez to avoid the mountain driving that would have been required going through Santa Fe and Durango. We've done quite a bit of mountain driving over the years, but it's not a favorite of mine because the management of the steep grades is nerve-wracking and hardly easy on Phannie. That having been said, I continue to be amazed at the incredible stamina and dependability of this old motorhome; I can tell no difference between now and the day we bought her.

Our route took us to Gallup and then northbound on New Mexico 491 through Navajo Indian territory; the last few miles cut through the Ute reservation. It is a lonely, boring highway that is in rough shape in some spots. The scenery was that of a bleak wasteland--that is, except for passing by Shiprock, an interesting rock formation somewhat resembling a sailing schooner: 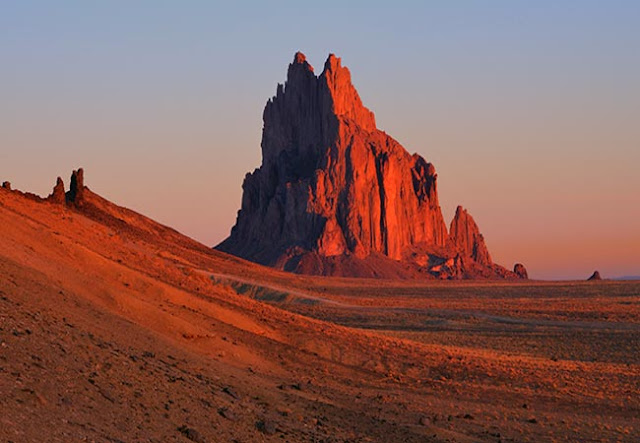 If one lets his imagination get out of hand, he can easily catch himself looking atop ridges across the badlands to see if an Indian war party has amassed on horseback to attack our wagon train. (That's not me losing it, you understand...just a hypothetical. I'm glad we cleared that up!)  It is pretty easy, though, to see why the Indians would be mad at us; just look at the wasteland we gave them after the Indian wars!
So why southwestern Colorado instead of the more cosmopolitan big-city areas on the eastern slope of the Rockies? Well, I think it's because this is the jumping-off point for some of the most beautiful mountain scenery that is fairly close to Texas and relatively free of urban influence. Besides, we've done the eastern slope many times, and we love the relatively undiscovered San Juan mountain area.
Making it through the New Mexican badlands without an Indian attack, we finally arrived in Cortez, Colorado, a good-sized town of around 20,000. The elevation has risen to around 6,500 feet here, so the temperature is 15-20 degrees cooler than the triple-digit furnace that was Texas. The elevation rises steeply to the northeast as the majestic peaks of the San Juans are in full glory: We had a bit of a shock on our first morning after arriving: 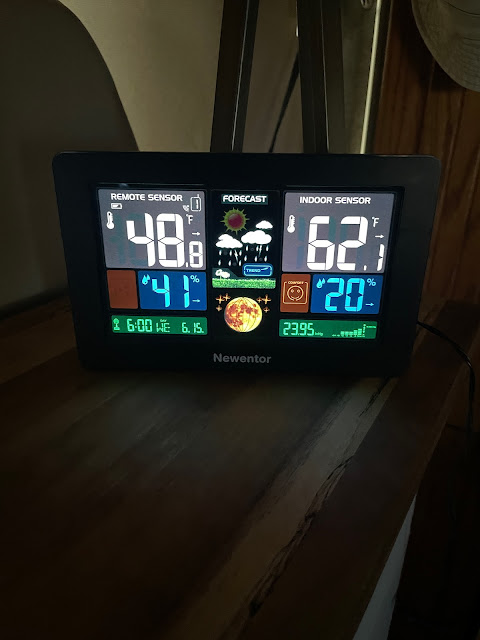 Yes, I turned on the heat right away, still pinching myself after baking in triple digits for the past ten days!
Looking west from our area, we captured a wonderful sunset with some low hills visible about 12 miles away:

The West View Resort is easily the nicest facility anywhere around these parts. The park is quite full of RVs, which was a bit of a surprise, as we were expecting more people to stay home during these ridiculous fuel prices. A local couple owns the park, and they have spent much time and treasure making it beautiful: 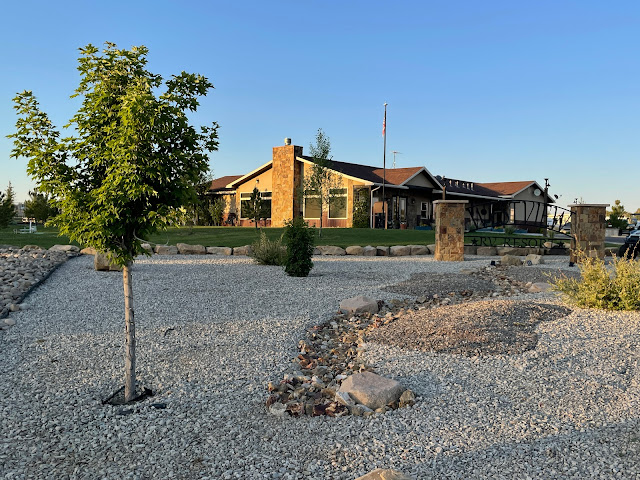 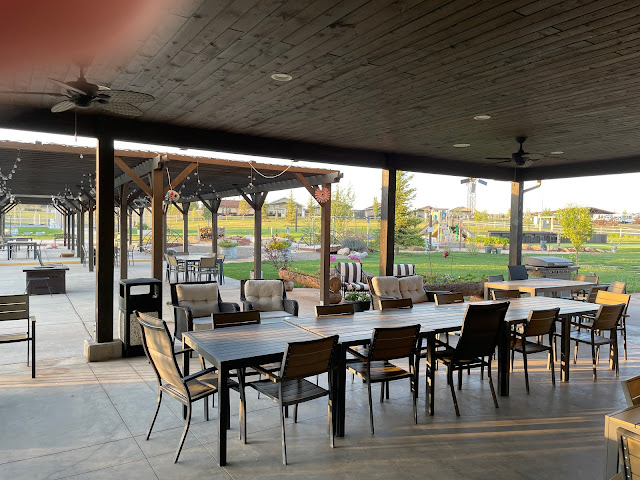 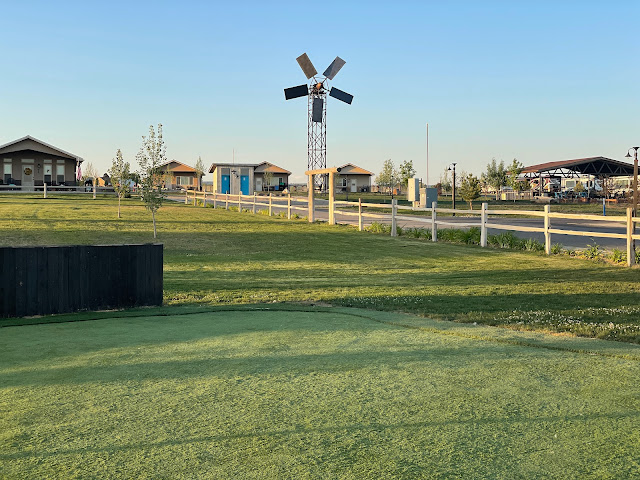 Old friends Jackie and Steve will be joining us tomorrow, and we will be here a couple more weeks until traveling to Grand Junction for Phannie's "well-woman" check. From there, we will be moving to higher ground as the summer heats up. Our final destination, Gunnison, is at 8,000 feet, and we expect the same wonderfully cool summer we've enjoyed there before.
Our recovery from Covid?  Going great--just an occasional cough now; we're 99 percent back to normal.
Stay tuned. The next post will contain a Starlink update.
Thank you, Lord, for this wonderful life;
please forgive me if I fail to appreciate it each day as I should.
We don't stop playing because we get old; we get old because we stop playing.
---George Bernard Shaw