We awoke on Sunday and figured out there was no compelling reason to stay over any longer in Branson, as few performers put on shows on Sundays. Besides, it would be nice to have a couple of days at home to regroup before heading back to the salt mines on the 15th. So, with this in mind, we hooked up after breakfast and pointed the Hornet southward. This time, we purposely avoided route 7, favoring instead highway 65 and Arkansas 9 to Hot Springs. Highway 65 is a pretty good road and not nearly as mountainous as the scenic route 7 we traveled inbound to Branson. Arkansas 9 was much more rural and took us through a lot of pretty farmland.

We arrived in Hot Springs, again at the Lake Hamilton RV Park, and decided we would have one last meal at Fisherman's Wharf. It was just as good as a few days ago, and we had a good table where we could watch boaters docking at the restaurant's pier to have dinner.

We had also decided to return to Garvan Woodland Gardens to take some photos. (The weather had been too cloudy and rainy for photos during last week's visit.) So, we got up early and trekked out there before the temperature got too hot. The place is really very beautiful and is remarkable in that none of the rock formations, ponds or waterfalls is natural. The massive rocks were placed into position under the watchful eyes of students from the University of Arkansas, studying landscape architecture. Massive pumps were installed to provide the water for the little streams and waterfalls seen everywhere. It was amazing how natural the whole thing appeared. I hope you enjoyed the sample pics I included. 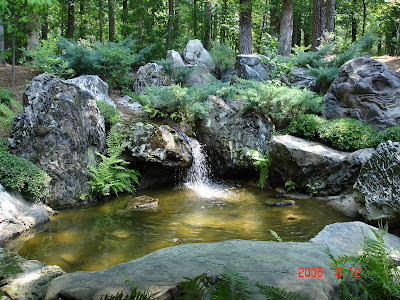 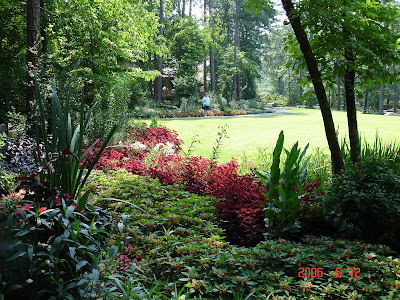 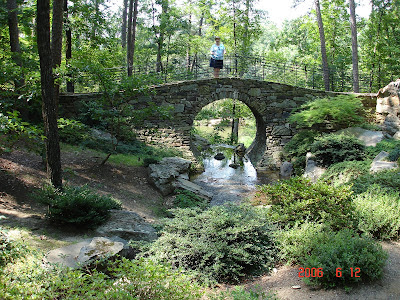 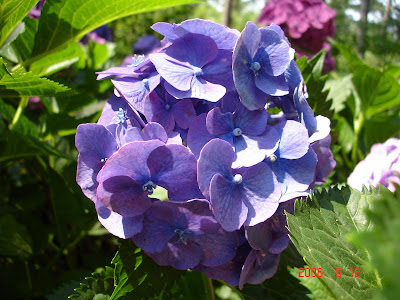 This 210-acre site was deeded to the State of Arkansas by Mrs. Garvan, on the condition that it be maintained as a garden in perpetuity. Mrs. Garvan had inherited the land from her father, who ran a lumber mill and brickyard on the property in the early 1920s. When the Lake Hamilton Dam was built, the reservoir inundated 240 acres of the original 450-acre site. The 210 acres of prime lakefront property is valued now at around 50 million dollars.

After taking pics, we loaded up and came on home, turning Homer over to United RV in Forth Worth to take care of some squawks that had developed during the trip. We were sorry the vacation was over, as we had a really great time. Can't wait until fall now, so we can get outta Dodge again!
Posted by Mike Mills at 11:10:00 PM