One of the marvelous things about small towns is that interesting and quirky things seem more visible. Or, it could be that I'm more observant of my surroundings than when I was racing to and from the office in the daily demolition derby known as rush hour.  Regardless, I've included below a few more things that struck our fancy here in Red Bay.

As I mentioned earlier, a local festival called "Founders' Day" was to be held this weekend.  Part of the experience obviously was for local establishments to construct dioramas or vignettes depicting small town life in the early days of Red Bay's founding.  The first, depicting a brush arbor meeting, is in front of the First Baptist Church, and the second, depicting a general store, is near a local appliance business: 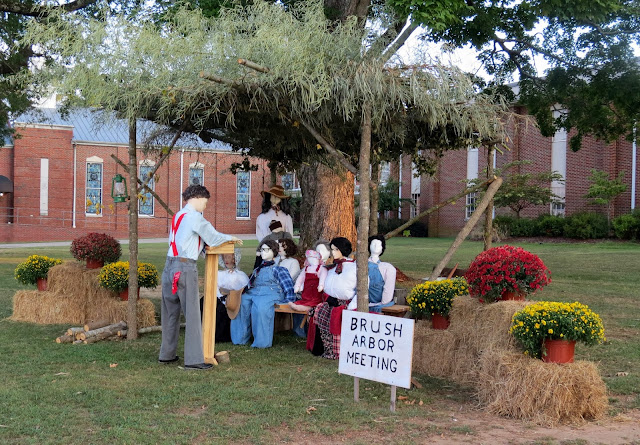 These folks are really into dummies.  Here is a photo of a dummy in a lawn chair near a dilapidated house just outside of town.  It was perhaps used as a scarecrow at some point, but it did make us do a double take: 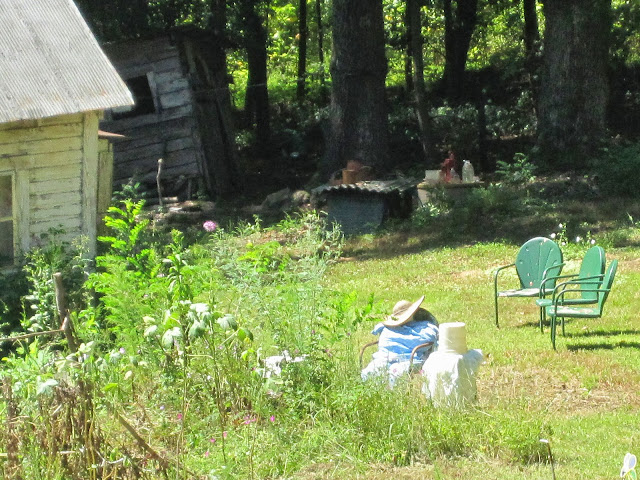 I'm really not sure what this is depicting, but I was fascinated by the old Chevrolet pickup ('47 or '48?) painted pink. Sandy speculated that it was the very first Mary Kay Cosmetics vehicle: 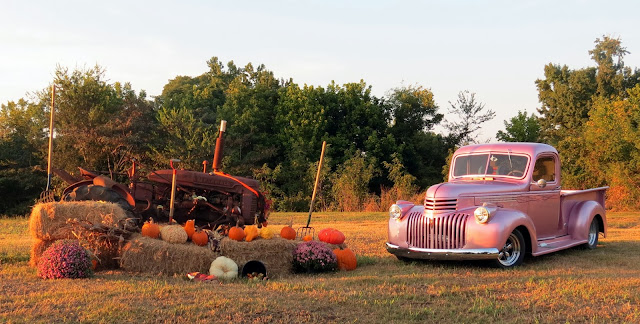 The next one is perhaps the most curious of all.  I'm not sure if the owner is making an artistic statement or is merely a person of few words: 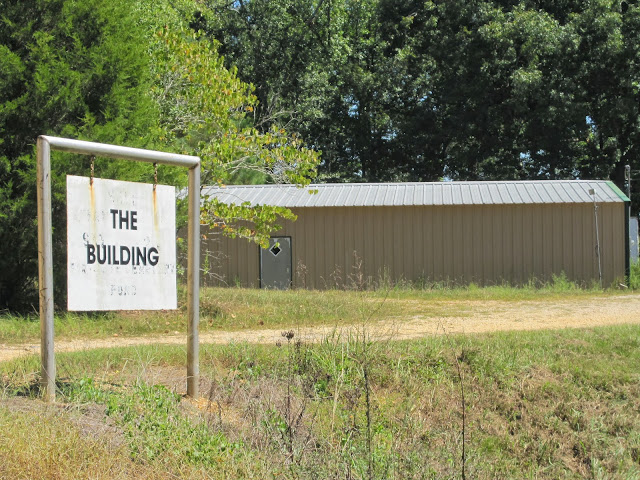