For many years, I wasn't one hundred percent sure that Mount Rushmore and its environs was a 'must-see' for me, and Sandy felt the same. In fact, I'm not sure that we would have stopped here this time had we not been traveling sort of in the vicinity. Our reluctance was probably due to the vast amount of information, both written and pictorial, that already exists and is accessible with a few computer keystrokes.

I'm thinking differently now. I would offer that there is no substitute for being there and seeing with one's own eyes. It's not that the photos and the writings aren't a worthy substitute; they certainly are for those who aren't able to visit in person. But a photo cannot convey what it's like to view an American icon like Rushmore while watching an eagle fly by or seeing the waving of a nearby flag or the rush of a fresh-scented breeze through the pine forest.

Rushmore is such a place. And so is the Crazy Horse monument and the Black Hills region in general.

Viewing the mountain from the visitor center is a treat. It is awesome, without question. A photo hardly does it justice: 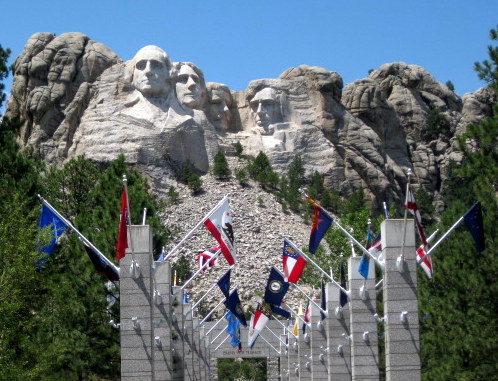 I won't go into the genius and the effort of Gutzon Borglum in bringing these giant sculptures to life under such impossible odds, but the story is told quite well here via exhibits and videos. If you happen to be headed here, you will also find that a visit to the Borglum Museum in Keystone to be quite worthwhile.

Having our traveling friends John and Bobbie Jo with us was an extra treat, and we've enjoyed a lot of merriment along with the good sightseeing: 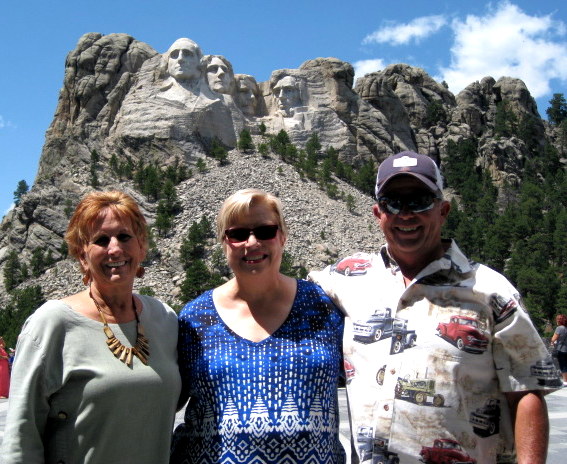 We also visited the Crazy Horse Memorial worksite nearby, and we're glad we did. This sculpture almost defies the imagination; It consists of Chief Crazy Horse mounted on a horse, and the entire sculpture is many times larger than the faces on Mt. Rushmore. It has been under construction since 1948 under the supervision of Korczak Ziolkowsky and is far from completed. Ziolkowsky's descendants are continuing the project after his death, and the effort is receiving no government funding. The rather large visitor center provides a steady flow of funds toward the effort, but it is a shame that most older folks today will not live to see its completion. Here is what the finished sculpture will look like: 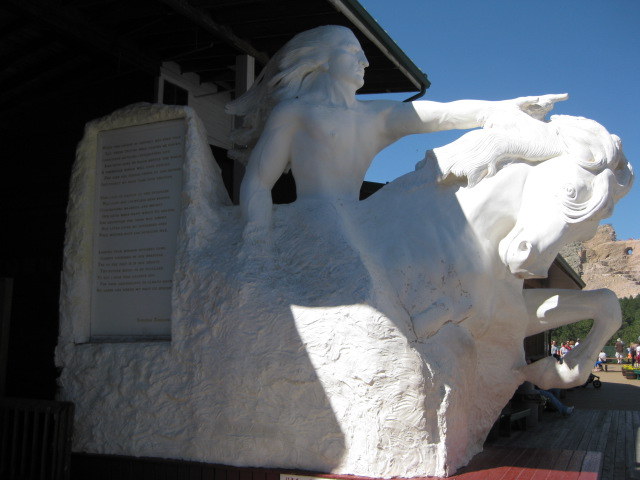 And here is the project as it stands today. Take a look at the large cranes, barely visible at the top of what will be Crazy Horse's arm to get some perspective of its size: 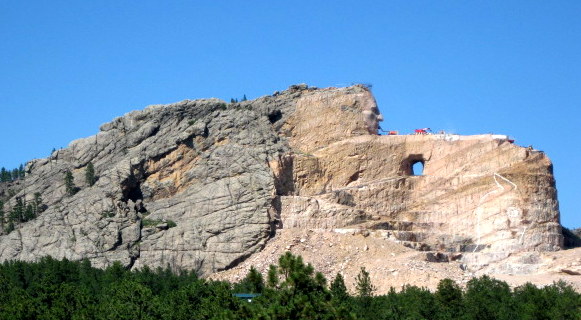 We also enjoyed a scenic drive around highway 87 through the 'needles,' an area of vertical rock spires that inspired the name: 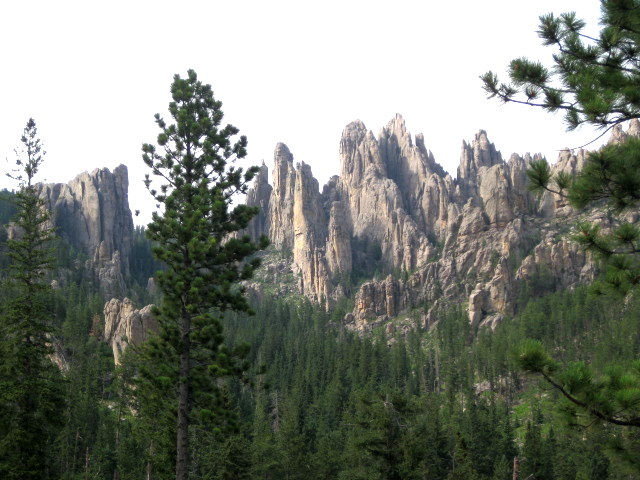 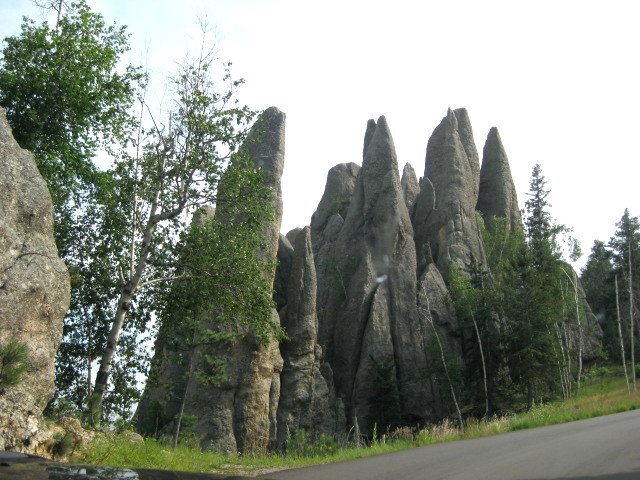 I'm afraid Phannie's hips and roof would be left behind if we tried to take her through this tunnel; John's pickup would barely fit: 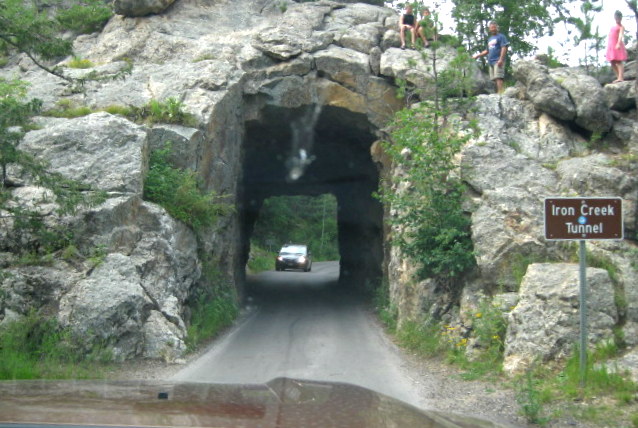 So, we say goodbye to the Black Hills, glad to have had an opportunity to visit this beautiful area. 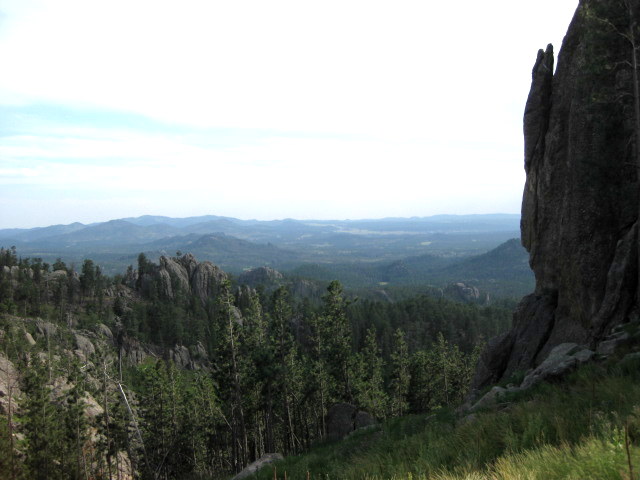 Stay tuned; we'll know where we're going next when we get there!

I had rather own little and see the world than to own the world and see little of it. --Alexander Sattler
Posted by Mike Mills at 11:15:00 PM