The last items of our lengthy 'to do' list were taken care of only a couple of days before the launch of this epic trip. Safelite came out and fixed a small rock chip in Phannie's big windshield; we didn't want that chip to spread, you know. After that, I enlisted the aid of grandson Mason to wash Phannie. It was no surprise that his work output was frequently interrupted by, well, just about everything. I gave him a nice cash "paycheck" for his efforts, anyway. That's what grandfathers do! 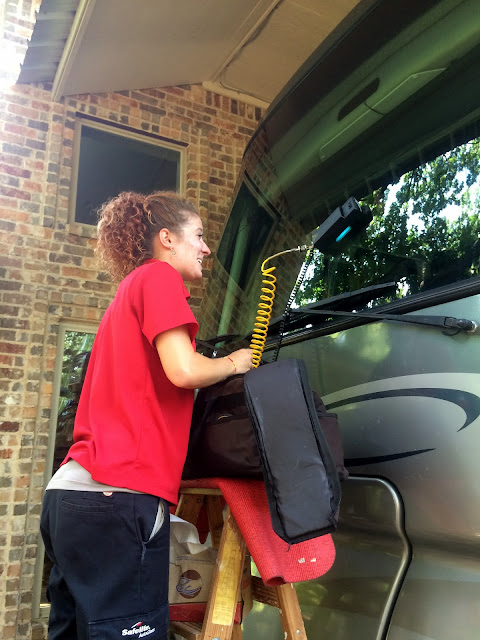 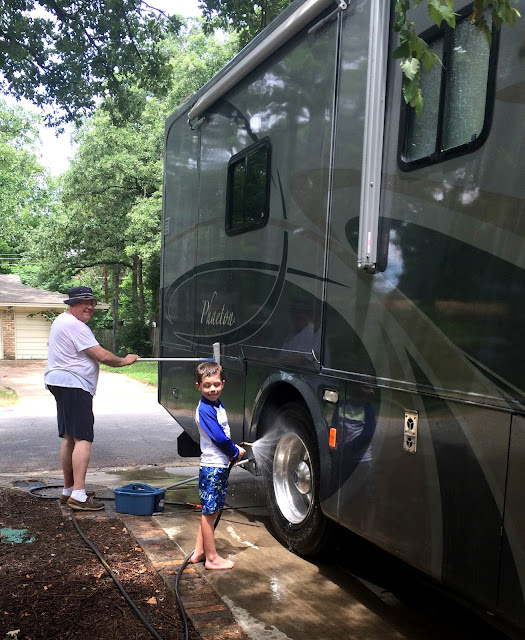 It wasn't quite as rigorous  for us on departure day as I thought it would be, given the ambitious nature of the trip. Sandy made nice progress in doing triage in her wardrobe. We worked steadily and pulled out onto I-20 shortly after noon for the relatively short leg to Abilene. We have learned not to do a long trip leg on departure day, because of the length of time it takes to prepare the coach and the house.

After getting set up at Abilene RV Park, we went to a nearby restaurant named the Towne Crier, mainly because it has a salad bar, something that we like to patronize in a restaurant. For some reason, salad bars don't seem as popular as they used to be, but it's probably just another sign of the changing times. (And I'm getting pretty tired of all this "hope and change" stuff.)

The Towne Crier restaurant made me want to cry, too, because of my poor choice of restaurants. Bubba told us to go to one of a couple of other steakhouses in the area, and I should have listened to him. Everything about the meal at this place was awful, and I believe it was the first time in my long eating career that I had left any part of a ribeye on my plate.

Tomorrow, we will follow Bubba's recommendation, Miss Allen's Fried Chicken in Sweetwater. This is actually a no-brainer, because we've eaten there before, and it was definitely worth the stop.

To Colorado and Beyond!

Thank you, Lord for this wonderful life; please forgive me if I do not appreciate it enough each day.
Posted by Mike Mills at 2:16:00 AM