A Stop in Hannibal; Friends Who Gave Up Fulltiming

Since we were fairly close by in Lebanon, we couldn't miss the opportunity to drop in on our friends in the Hannibal area. These are folks we had gotten to know in the RV world, some as fulltimers. We had a great time with Ed and Marilyn, Denny and Jackie, Bob and Janet and Steve and Cathy, Bill and Deb.

As Ed and Marilyn and Bob and Janet had recently come off the road and bought stick-and-brick houses, we were eager to see their new digs and, we must say, they seem to have come up with the perfect setups after making this transition. Below is Ed and Marilyn's new house; standing beside them are Jackie and Denny. 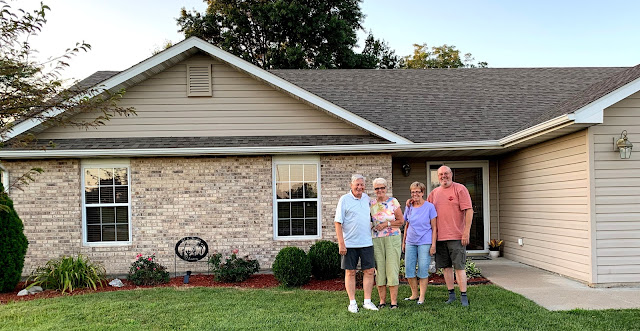 Bob and Janet bought and remodeled a house not far away, and their hard work paid off; it is beautifully done: 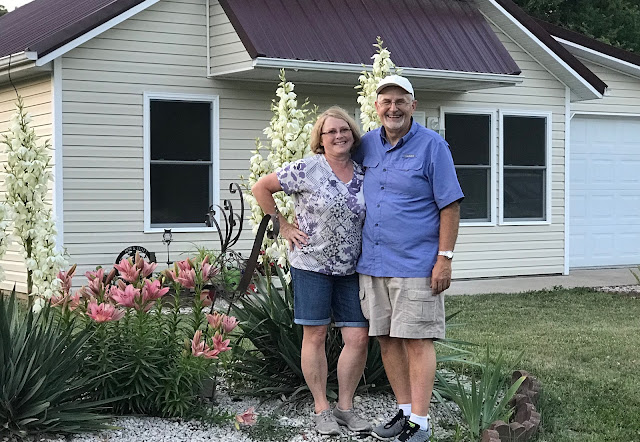 We occasionally ponder what type of dwelling and location we will choose when we finally hang up the keys. It would be hard to do better than these great examples, in our view. We know we want something small and simple to maintain, but that's about all we know. But we don't worry about it; we just think we'll know when the time comes and everything will fall into place. Meanwhile, we look at possibilities like these and make mental notes.

This was our second visit to Hannibal, having previously taken in the wonderful historical sites under the expert guidance of Ed and Marilyn and other great friends. You can read about those posts here and here.

We couldn't help but take a few more photos--this one of the American Queen, which happened to be docked in Hannibal, as a must stop during its frequent cruises along the Mississippi: 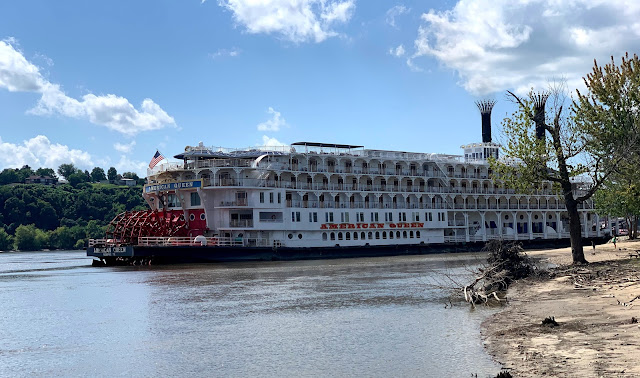 For those interested in the details about the boat, the American Queen is the largest paddle-wheel steamboat ever built. Its paddle wheel does indeed provide propulsion via a steam engine, but it also has separate standby propulsion from two diesel-electric propellers, called z-drives, in case of emergencies or maneuvering difficulties. It has 220 staterooms, and cruise prices start at about two grand.

We also decided to go back to Lovers' Leap, a cliff area shown to us previously by Ed and Marilyn. It overlooks Hannibal and the river and is a fine vantage point to get an overview of an area worth a visit by anyone who would enjoy seeing the tales of Tom Sawyer and Huckleberry Finn come to life: 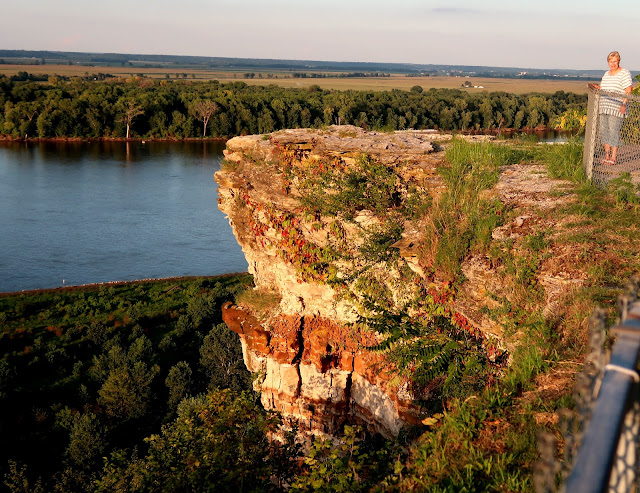 Above, Sandy is standing near the cliff where, according to legend, an Indian brave and the girl he loved jumped to their deaths because they were not allowed to marry. They wished to be together in Heaven forever, according to the story. A piece of stonework artistry at the site commemorates the legend: 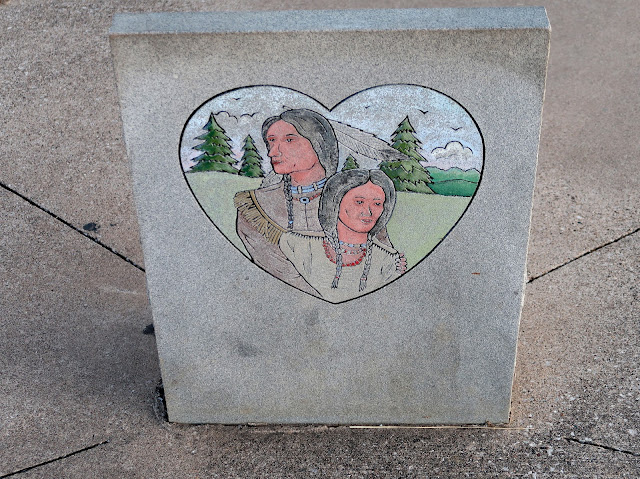 And so it is with warm feelings toward good friends and the refilling of our memories of the rich history of this place that we bid a sunset farewell to Hannibal:

Our next stop will be Elkhart, Indiana, where Phannie will undergo her yearly maintenance service before we proceed to White Pigeon, Michigan for the installation of new jacks. We'll keep you posted.