We waited a little too late in the day to visit this attraction when we were in Phoenix, so we lost the optimum afternoon sunlight for photos before we were able to see all of the park. If we had realized the size of the gardens, we would have begun our visit a little earlier.

Let's just say this about the garden: It is beautiful, but you have to like cacti, of which hundreds of varieties are viewable here. It is completely different from the non-desert gardens we've seen like Butchart in Canada or Bellingrath, near Mobile.

It was also a bit too early for the cacti to be blooming, so we missed that. However, the following photos will give you an idea of what to expect, and these are just a sample:


Following are photos of other potted plants that were everywhere: 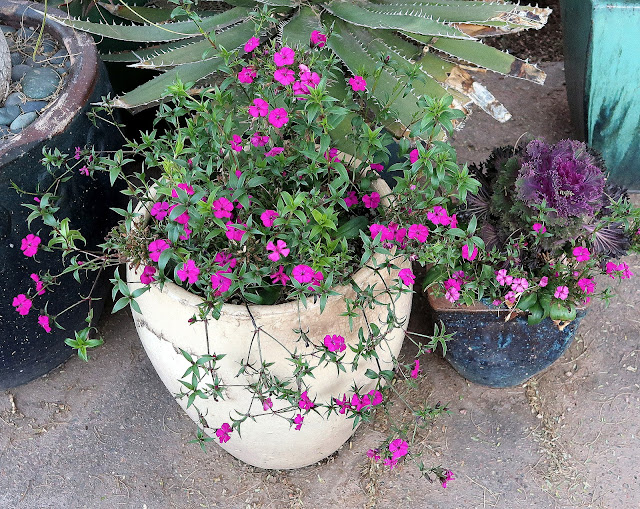 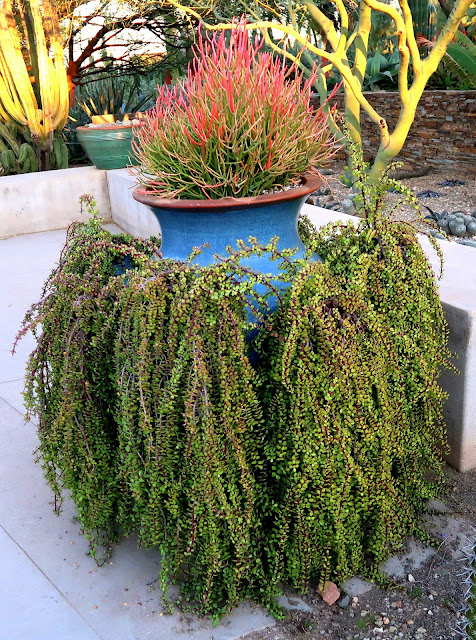 At the risk of seeming unappreciative of the plethora of unusual cacti, the one growing in the copper-colored pot below appeared to have warts. (If that comment isn't evidence of rednecks somewhere in my family tree, I don't know what more proof is needed.)

Turning back to the east, I was able to snap these photos before sunset: 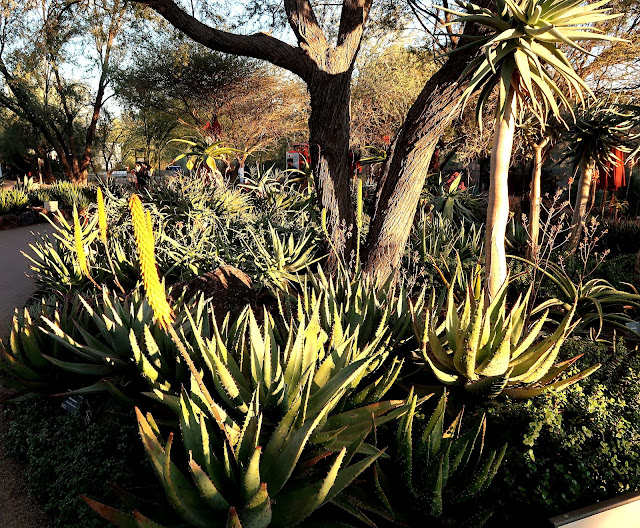 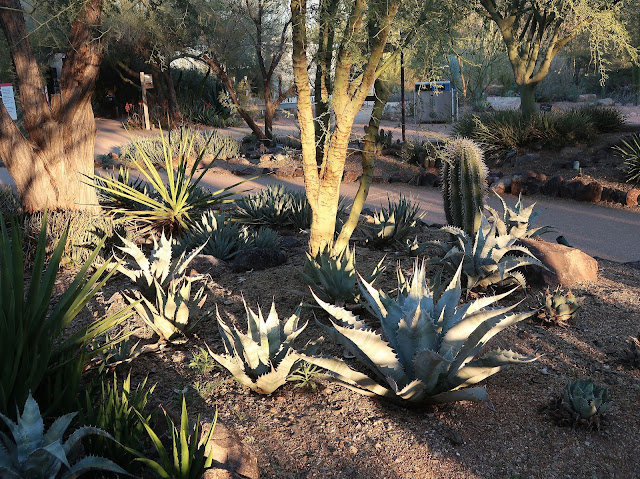 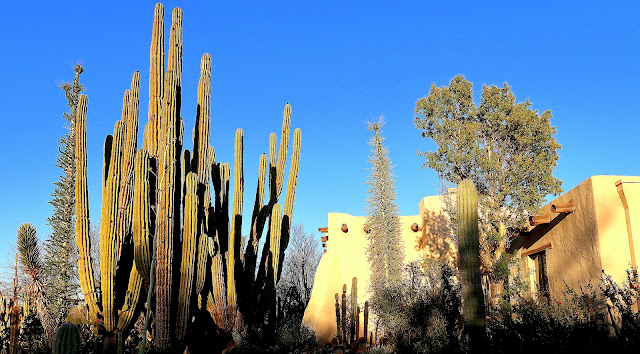 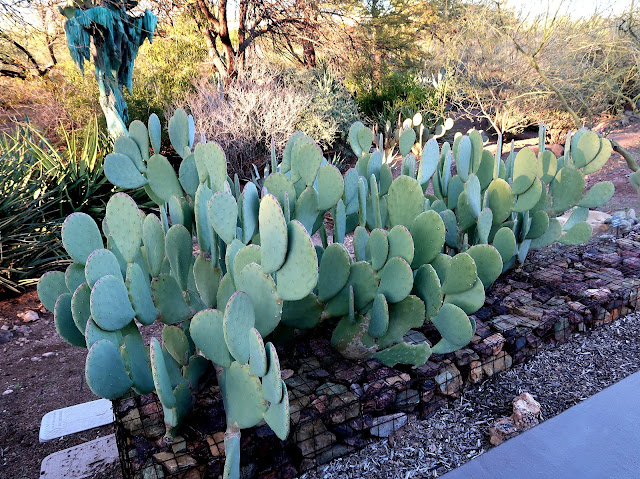 I took the next photos just at sunset, but I still think they're beautiful: 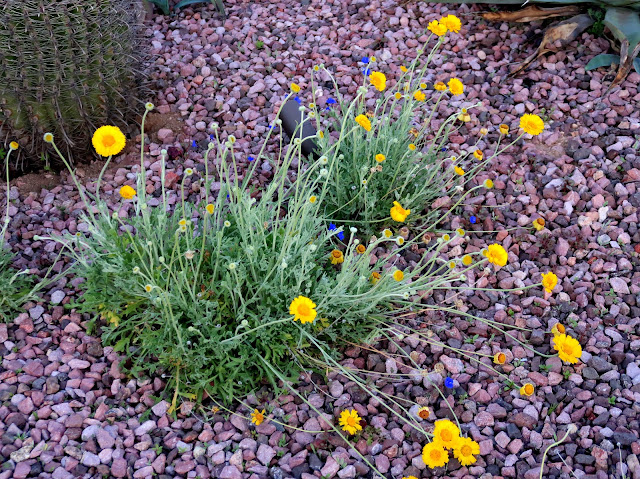 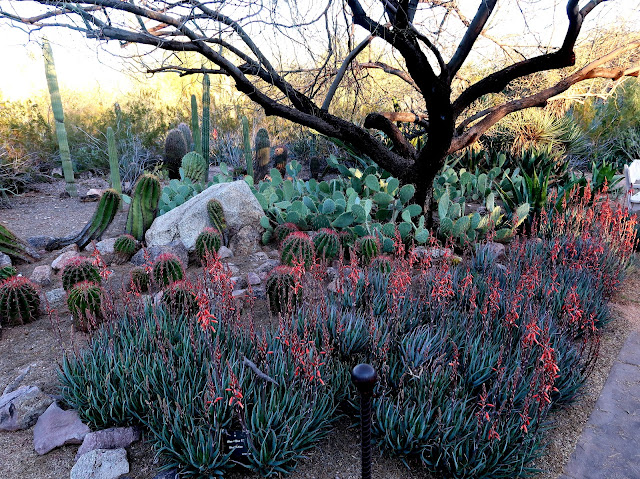 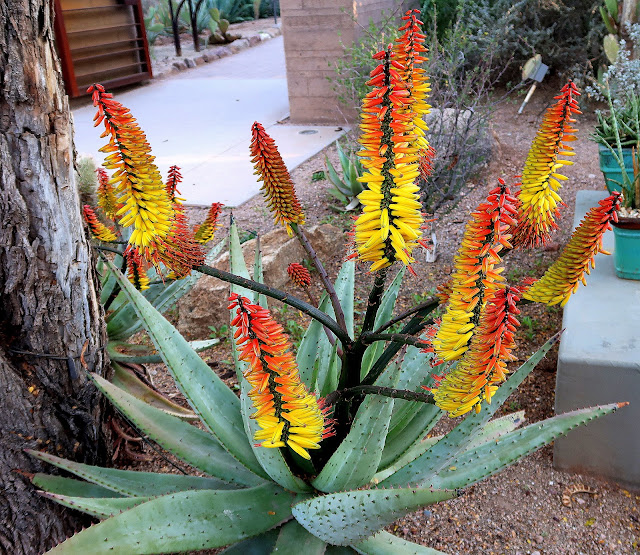 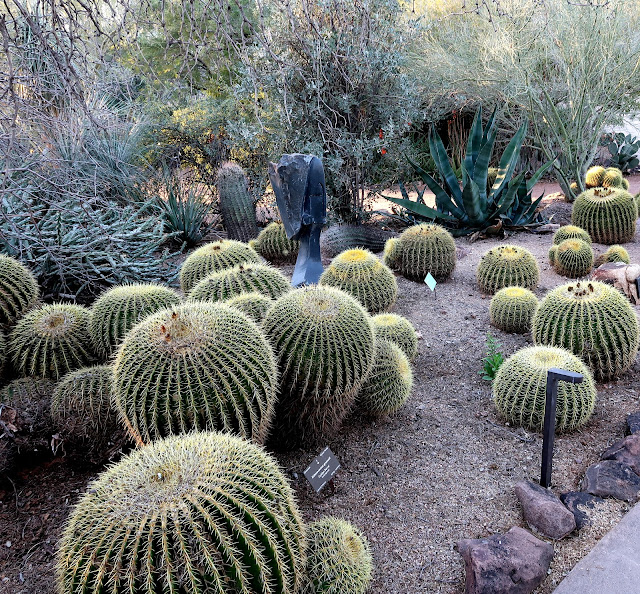 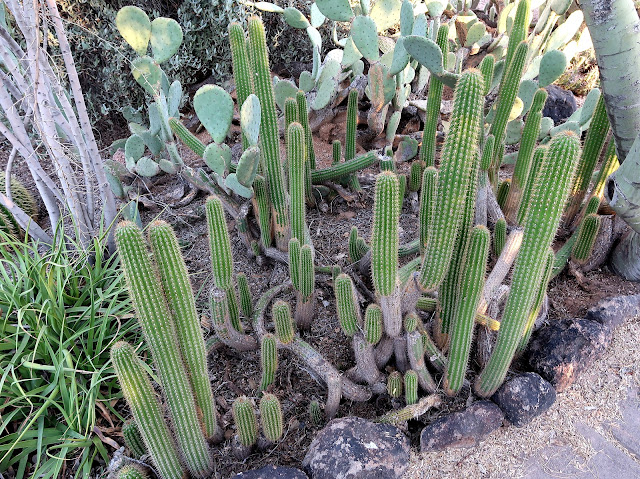